A Drug-Resistant Intestinal Illness Is Spreading In The US 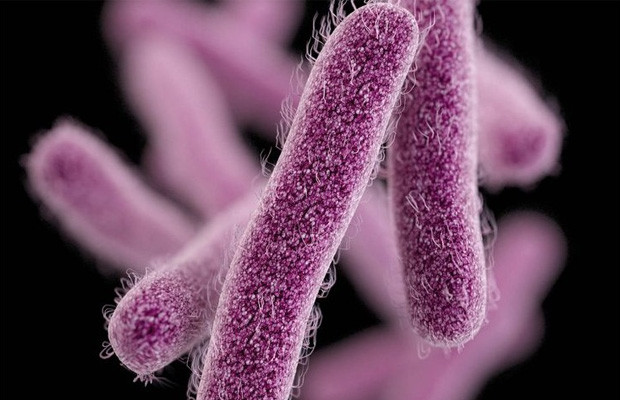 A drug-resistant intestinal illness called Shigellosis is spreading in the US for the first time, according to a CDC report released today. The drug-resistant bacteria that causes the illness has infected 243 people across 32 US states and Puerto Rico between May 2014 and February 2015. As a result, the CDC recommends decreasing the use of antibiotics to treat mild forms of Shigellosis. If health care providers fail to reduce the number of cases, we could end up seeing “large, protracted outbreaks,” the CDC report says.

People infected with Shigellosis go through painful bouts of watery or bloody diarrhea, abdominal pain, and fever. It spreads quickly from person to person through food and recreational water, such as pools. It’s usually resolved within a week, but it can be pretty painful. This is why the CDC is concerned about Shigellosis; until recently, drug-resistant forms of Shigella — the bacteria that causes Shigellosis — were very rare in the US. But over the last year, international travelers returning to the US have repeatedly introduced the pathogen into the country. When diarrhea arises, some travelers take antibiotics to make it stop more quickly. This isn’t ideal because the antibiotic that people are typically given to treat diarrhea when they’re traveling abroad — ciprofloxacin — is becoming less effective, the CDC says. Moreover, most of the bacteria that causes Shigellosis is already resistant to a number of other antibiotics in the US.

“Drug-resistant infections are harder to treat and because Shigella spreads so easily between people, the potential for more — and larger — outbreaks is a real concern,” CDC director Tom Frieden said in a statement. “We’re moving quickly to implement a national strategy to curb antibiotic resistance because we can’t take for granted that we’ll always have the drugs we need to fight common infections.”

Drug resistance develops when bacteria comes into contact with antibiotics at doses that are too low to kill them. When that happens, bacteria adapts to the drug and passes their newly developed resistance on to subsequent generations. It’s unclear exactly why drug-resistant Shigella has increased in the US, but it’s likely that this has something to do with people who don’t finish taking the antibiotics that have been prescribed to them.

Large clusters of drug-resistant Shigellosis have been detected in Massachusetts, California, and Pennsylvania. Half of the cases identified by the CDC were linked to travelers who had been to India and the Dominican Republic. But some domestic clusters are beginning to emerge. So far, 95 drug-resistant cases have been recorded by the San Francisco Department Department of Public Health. And of those 95 cases, half were infections affecting people who are homeless and people living in single-room occupancy hotels.

The US sees about 500,000 cases of diarrhea linked to Shigellosis every year — most of these cases aren’t drug resistant, however. To prevent transmission of the drug-resistant bacteria, the CDC recommends washing your hands with soap and water. International travelers can prevent infection by eating hot foods and drinking fluids directly from sealed containers.