Home / More + / The Countries With The Most And Least Internet Freedom

The Countries With The Most And Least Internet Freedom 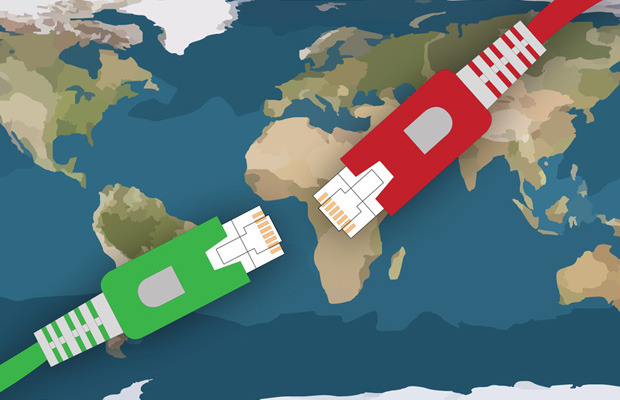 Internet freedom around the world has declined for the fourth year in a row, as more countries introduce aggressive online censorship measures, according to a new report.

Freedom on the Net 2014, the fifth-annual report released by independent watchdog organizationFreedom House last week, found that of the 65 countries assessed, 36 experienced a negative trajectory in online freedom between May 2013 and May 2014. This was due to factors such as blocked social networks, aggressive online surveillance and cyberattacks, and the intimidation and arrests of journalists and digital activists.

The report analyzed three main factors in each country: obstacles to Internet access, limits on content and violations of user rights.

Iran remained the country with the lowest degree of Internet freedom, despite hopes of reform when President Hassan Rouhani took office in August 2013. Although the new administration has embraced social media, Iranian citizens still don’t have access to websites the government finds politically sensitive, such as Twitter and Facebook.

The report also pointed to Iranian authorities sentencing people to “lengthy prison terms for promoting Sufism online, among other digital activities.” In May 2014, six young Iranians were arrested for recording a viral YouTube video of them dancing to Pharrell’s song “Happy.” They were subsequently given “suspended sentences” of six months in prison (the director was given one year), and 91 lashes.

In contrast, Iceland ranked first as the nation with the most Internet freedom. The government there doesn’t blog social media platforms or content and 97 percent of households are connected to the Internet. Estonia, Canada, Australia, Germany and the United States made the top five in the index, after Iceland.

An extensive study published in November showed that 83% of Internet users around the world believe affordable access to the Internet should be a basic human right. 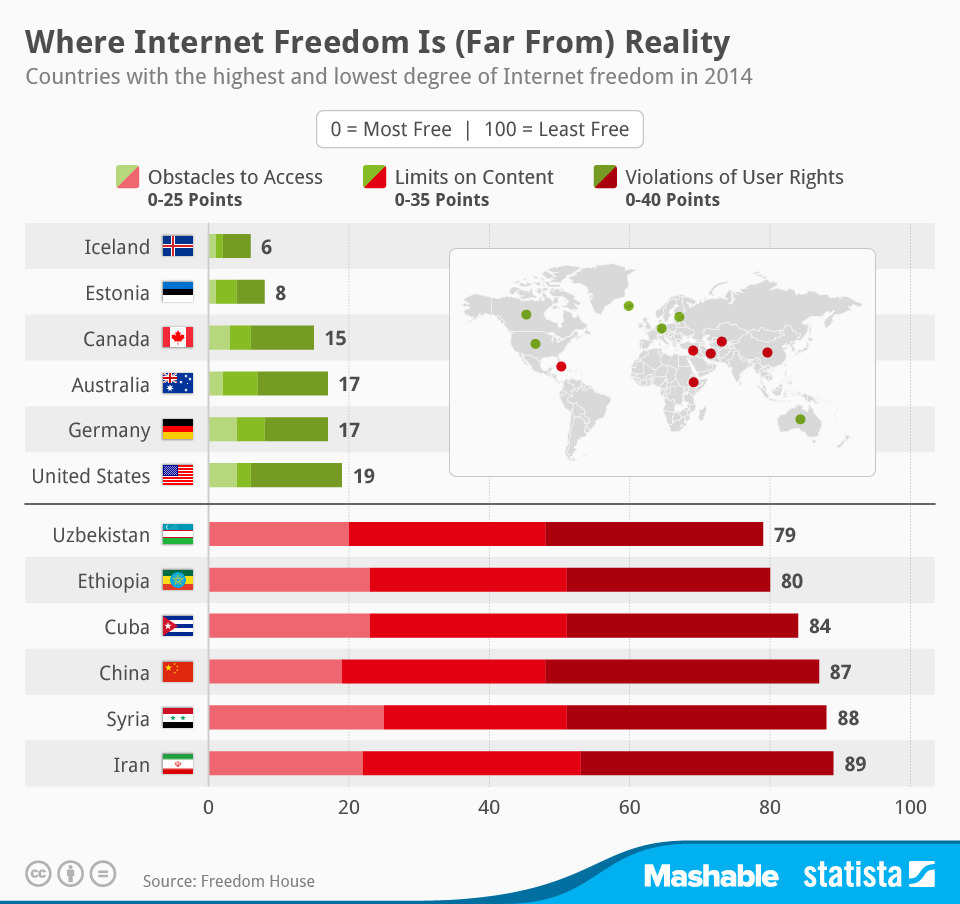 I Write Things.
Related ItemsInternetRandom
← Previous Story This Is How Sitting Down All Day Is Slowly Killing You
Next Story → Create Your Own Pirate Bay With The Open Bay