Did Messenger Just Make Facebook Cool For Teens Again? Not Quite, Here's Why - TechGeek365

Home / Social Media / Did Messenger Just Make Facebook Cool For Teens Again? Not Quite, Here’s Why

Did Messenger Just Make Facebook Cool For Teens Again? Not Quite, Here’s Why 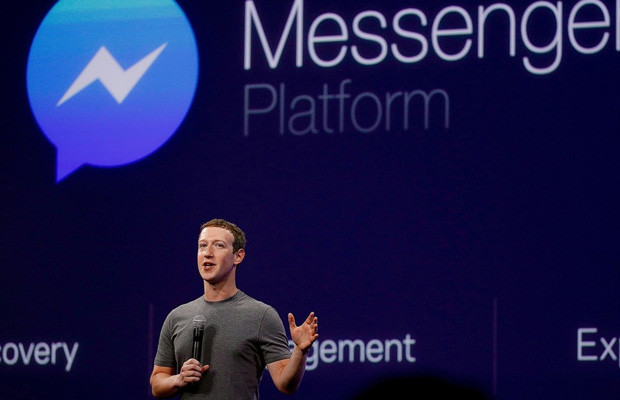 Being “cool” is a fleeting sensation for Silicon Valley companies, where innovation moves at breakneck speeds, competition is relentless and users often fickle.

But when you’re an 11-year-old publicly traded company like Facebook, it means dealing with the challenge of keeping young people hooked long after the newness rubs off. Mark Zuckerberg suggested as much in 2013 when he told investors that “coolness is done for us.”

And it’s no secret that two years later, the company has a problem keeping teens around. Up to 1 million teens a year quit Facebook, shirking it for other platforms like Twitter and Snapchat, by some estimates. At this year’s F8 Developer Conference in San Francisco, Facebook announced it would open up Messenger to outside app developers.

Many of the 40 or so developers integrating Messenger into their apps make products that teens will — hopefully — appreciate. JibJab for Messenger lets folks create wacky custom GIFs inside the app and push them out via Messenger to friends; Bitmoji for Messenger enables custom emoji characters based on someone’s face. These apps offer more options to personalize messages than Facebook’s recent efforts like Stickered, the digital sticker app, released in December.

These kinds of experiences make Messenger “so much more engaging and so much more entertaining,” Facebook’s VP of messaging, David Marcus, said. This sends a message that’s just a hair more subtle than the time Zayn Malik sobbed at his last One Direction performance: Why text when you can do all this stuff with Messenger?

To Marcus’ credit, Messenger users swelled from 500 million to 600 million over the last four months. Some of those users may have come from Facebook’s controversial decision last year to make Messenger a mandatory download for Facebook messaging on mobile, though it’s worth noting that figure refers to 600 million active users, not just app downloads.

The Messenger team has also pumped out a slew of new features in the past year, from peer-to-peer payments to Stickered — but many of those features make Messenger more compelling to adults, perhaps not teens.

Letting third party developers like Bitmoji in on the party should make Messenger more fun, in theory. But for now, the current experience of using those products with Messenger can be scattershot and laggy. Sometimes, it’s just a few extra seconds, but sometimes more, depending on the app.

Laggy performance isn’t enough to combat competition like Snapchat. The ephemeral photo upstart has one-sixth the users of Messenger and an even smaller sliver of Facebook’s total userbase but easily surpasses Facebook when it comes to teens and millennial users. According to a ComScore study released this week, 45% of Snapchat’s users are between 18 and 24. Facebook, clocks in at just 16%, trailing Snapchat, as well as Vine, Tumblr and Twitter.

Which is probably one reason Facebook is taking a “family” approach with its apps: Hyperlapse for time-lapse video, Layout for photo collages and, of course, Messenger. Instead of baking in features into the main Facebook app in software updates, Facebook is plowing ahead with standalone apps that focus on different experiences. Zuckerberg and crew contend it’s to keep the main Facebook and Instagram experiences “simple.”

It’s also a strategy that potentially creates standalone brands viewed independent of its mature, “uncool” parent company, Facebook. While some apps such as Poke and Camera went nowhere, others such as Instagram are flourishing. After Facebook acquired Instagram in 2012 for $1 billion, it chose to keep the app separate — a strategy that’s paying off. Now, even Instagram’s users skew younger than Facebook’s: 23% of its 300 million users — at least 69 million people — are between 18 and 24.

With its 600 million users, Messenger has a solid chance of eventually grabbing more teen users, as well, even if the Messenger brand is more closely tied with Facebook’s. But to close the gap, the Messenger team and outside developers must quickly fix those performance issues, and in the long-term, create more compelling features that make Messenger even more “engaging” and “entertaining,” as Marcus put it.

Facebook is wise to keep diversifying its family of apps, even if some or many of them fail. Because once a successful tech company reaches a certain scale, it inevitably transitions from cool, fast-growing startup to a stable, publicly-traded businesses that answers to shareholders. Not so cool unless you’re the rare exception like Apple.

So while “coolness is done” for Facebook itself, it’s not game over for its standalone products and services.