How To Know If Your Device Has A Virus 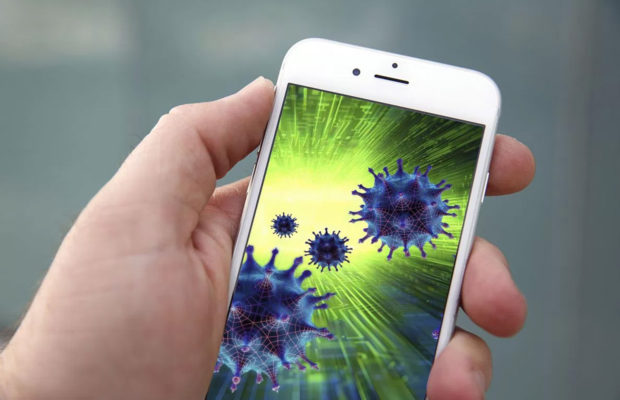 You’ve been using your smartphone for years now. However, you’ve noticed that its performance has been unsatisfactory for the past two months. It really didn’t bother you that much. You gradually got used to waiting whenever your smartphones lags every time you take a picture or reply to an SMS. You keep thinking that all of this is due to the fact that your smartphone is an older model, and nothing more. But in reality, you could be wrong.

There might be something going on with your device. Have you ever thought that your smartphone has a virus and this could possibly be the reason why it’s acting odd lately? Read on to know more if your device has a virus.

Increased Data Usage (Without Your Consent)

Your postpaid plan doesn’t include unlimited data plans. Because of this, you’ve been very careful about how you spend your data because you know this will cost you additional money if ever you go beyond the allotted data plan for the month. Everything has been going well for years except for the bill you’ve received for last month. It indicated that your data consumption was almost double the allotted data plan. You know you never used that much data. Your house is equipped with the fastest Wi-Fi neighborhood, and you rarely post on your Facebook and Instagram. If this has been happening to you, your device might be infected by a virus. These viruses waste your data by communicating through the internet and running background apps without your consent. You’re paying to let the virus run on your device.

Aside from the increased data usage reflected in your excessed data usage, there’s another service which caused you to pay more than the usual. It’s your mobile number, sending several texts messages to premium-rate numbers. And no, it wasn’t just one-time, it was around twenty text messages. You never recalled doing this. You were careful with who you text because you know the consequences. Well, since you didn’t do it, it’s safe to assume that the virus did. These little nuisances basically controlled your device and sent those messages.

You have a handful of games installed on your device. You think that these will come in handy whenever you’re waiting for someone or whenever things get too boring in the office. You can spend hours playing on these games, especially if you’re winning the rounds. But you don’t do this anymore because your apps crash every time you decide to play. No matter what your battery percentage is, these apps just crash. Unfortunately, this can be caused by a virus because they tamper with your smartphone’s regular operations and your favorite game is no exception.

Pop-Ups All The Time

Many websites have pop-ups as this is their way of marketing a product to the online community. Yep, these are all typical, but if you get too many pop-ups every time you open your browser, and they’re mostly from suspicious websites, you should be worried – these too, are the doings of a virus. They are the reasons why your internet browsing experience is bombarded with products from websites you’ve never heard of. When you’re faced with a situation like this, don’t click any of these pop-ups because it will only make your device sicker. And you don’t want that to happen, do you?

You’ve noticed that your home screen is filled with apps you don’t remember downloading. You ask your friends if they’ve downloaded it to your phone, but all of them denied. The apps just basically appeared on your device without anyone installing it. The icon on your screen might seem like the best productivity platform but since you didn’t download it, don’t dare open it. These might be caused by a virus so delete it immediately.

You just charged your device earlier today before leaving for work and it’s already down to 10% – and it’s still noon. This surprised you because you never used your device that much. You were occupied with a meeting earlier today and all you did was make calls and send text messages. Don’t worry, it’s not your fault, it’s a virus. Since the virus runs several apps in the background, it also exhausts your device. The virus has not only used your data without you knowing it, but also your battery life!

Having a device infected by a virus is very stressful and inconvenient. You brought the device to give you ease with everything that you do, but with the presence of that virus, you only experience the opposite. While it’s best to purchase a new virus-free device, you can always have the option of bringing your device to a mobile repair shop. They are basically the best place to seek help from with your virus-infected device. It’s also cheaper than purchasing a new device. And you never know, they might save your device and recover all your files!