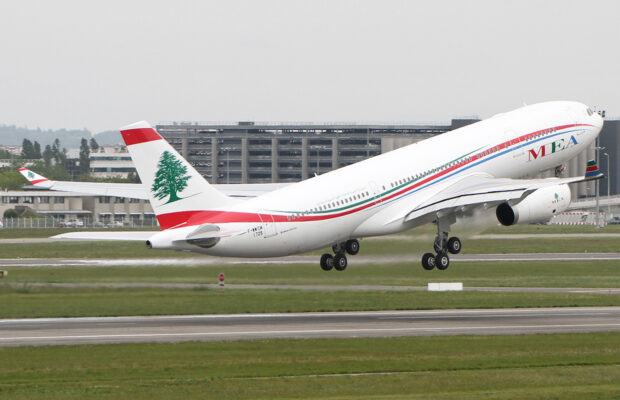 When you think of aviation, Lebanon is certainly not a country that comes to mind. With a single crippling airport and lack of basic services, there’s definitely plenty of room for improvement. Surprisingly enough though, Lebanon’s flag carrier, Middle East Airlines (MEA) has thrown its weight behind Airbus’s widely anticipated A321 XLR project and plans to become an early operator of the aircraft when it hopefully launches in 2023.

“Middle East Airlines is one of the first launch customers of the 321 XLR,” Mohamad El Hout, the airline’s chairman said during the annual meeting of the International Air Transport Association (IATA) this month.

When asked whether MEA has already signed a purchase agreement for the yet-to-be launched model, he clarified: “It is not confirmed. It has not been announced. But I think 90% it’s going to be launched. We have agreed with Airbus to purchase the A321 XLR depending on if they launch it, and we will take deliveries in 2023.”

The airline plans to induct four XLRs, drawing from an existing commitment for 15 A321 neos.

Airbus has still not publicly committed to developing the A321 XLR – an extended-range version of its narrow-body A321 LR model – but a formal announcement is all but certain at this week’s Paris Air Show. The manufacturer is known to have been talking to prospective customers about the project since last year.

El Hout said the A321 XLR will enable Lebanon’s flag carrier to deepen its footprint in Africa while potentially expanding to Asia.

“We can increase the frequencies to Africa,” he said, referring to MEA’s existing routes to Abidjan, Ivory Coast; Accra, Ghana; and Lagos, Nigeria. “Also a smaller plane will give us the flexibility to operate thinner routes to Africa that we cannot operate now, like Kinshasa or Abuja, and it opens for us possibilities to go to the East if needed in the future, to India. The XLR really will be a game-changer.”

Prior to receiving its four XLRs, MEA will take delivery of nine brand new A321 neos in 2020 and two additional ones in 2021.

The flag carrier has not yet decided whether those units will be standard or LR variants. MEA “doesn’t need the LR”, El Hout said, but the company typically opts for models with extra fuel tanks where available because of their higher residual values.

Four A330-900 neos will also arrive in Beirut in 2021, potentially enabling route launches to North America if the U.S. and Canada ease their restrictions on MEA.

What do you guys think? Let us know in the comments!