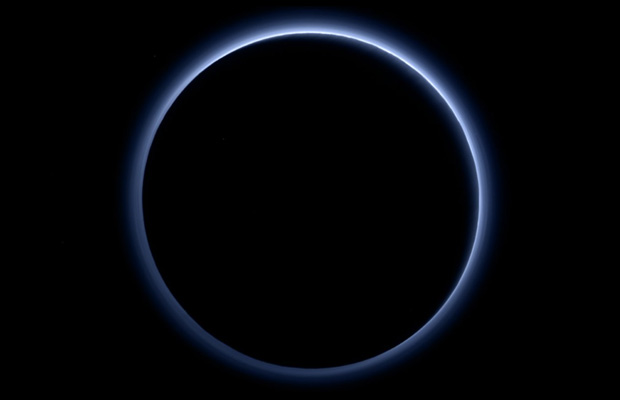 As NASA explains, the blue sky is formed by the way “haze particles” scatter blue light, although the particles themselves are probably gray or red. The particles responsible for the color are “soot-like particles we call tholins,” the agency writes.

Also shown in the images were exposed regions of water ice. “Large expanses of Pluto don’t show exposed water ice, because it’s apparently masked by other, more volatile ices across most of the planet,” Southwest Research Institute science team member Jason Cook said in the statement. “Understanding why water appears exactly where it does, and not in other places, is a challenge that we are digging into.”