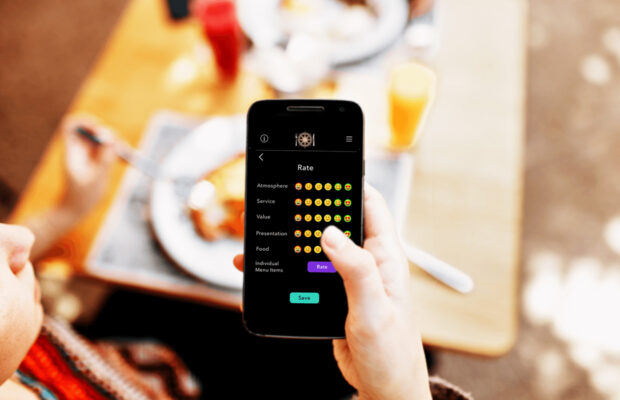 In order to understand how artificial intelligence makes the new Course Restaurant Guide a very different platform, you must first understand the basics of AI.

There are many kinds of AI applications. They essentially take structured or unstructured data and give more meaning or usefulness to the end user – like a computer that uses video or audio to detect and identify images of people, emotions in speech or enhanced insight of thousands or even millions of pieces of data in financial services…even organizing data submitted via customer service surveys or operational and supply/logistical points to find patterns that can be used to streamline processes.

KPMG’s Kelly Combs’ KPMG A.I. Governance on Enhanced Insight describes A.I. as “…reasoning, learning and then creating a new knowledge store which you can query and create more knowledge around. Looking at unstructured data and being able to see patterns and understand associations.”

Course Restaurant Guide is a new app that learns your culinary preferences to continually calculate your compatibility with restaurants & bars.

Instead of providing one-size-fits-all ratings from any one individual or group (whose bias might corrupt the recommendation); each and every compatibility score is the result of an ever-growing complex mathematical equation which makes Course’s compatibility not only predictive but also intelligent in nature…as it continues to evolve by weighing each new piece of data as members submit it.

The Course App’s Founder Josh Sapienza (Allentown. PA) says “Course doesn’t make recommendations as much as it calculates them based on each member’s personal taste. In other words, there’s no person or team of experts sitting in a room deciding where our members should dine based on our elite opinions or the average of all collected public opinions. Our algorithm takes each and every person’s own personal taste into account and then calculates their compatibility with restaurants & bars. That’s one of the biggest differences between Course and every other exiting rating platform.”

Course collects and organizes information that members submit anonymously – (from their answers to food quizzes to their private ratings of everything from perceived food quality to personal level of satisfaction with the restaurant’s seating) as variable data sets and then combines that data with other network collected data sets including: publicly available information, online menus, social media profiles, etc…).

The app collects and stores that information in their database and the resulting crowdsourced data is then aggregated in the form of a calculated compatibility ratings displayed as emoji faces or infographic-style ‘recommendations’ for each member.

Sapienza admits “The irony is that, in order to remove bias from existing rating & recommendation platforms, we had to build an artificial intelligence algorithm that, in essence, serves as a celebration of bias.”

Although predictive intelligence of this nature might seem more like Apophenia than the science of deep learning; Sapienza is optimistic about Course’s ability to make accurate predictions over time due to the fact that some of their initial limited data sets have produced “uncanny accuracy”.

One of the reasons for Course’s short learning curve is that every new piece of crowdsourced data is not only first-hand, it’s also anonymous (ratings are kept private on this platform) and that first-hand anonymous data is linked to every other data point as it enters the system to facilitate a continual discovery of commonality at a granular level. That alone seems to be quite a distinguishing feature of this app.

But it’s more than just private ratings and AI that makes Course different than other platforms like Yelp, Google, OpenTable or TripAdvisor. Course focuses on more than just cuisine type to learn why people like a particular restaurant. They’re actually crowdsourcing and leveraging seemingly insignificant common biases that exist among it’s members in order to produce their compatibility ratings.

None of data Course relies upon is from sources who might have conflicts of interest like those that arise when companies make recommendations while actively soliciting the same businesses they’re recommending with: advertising, exposure, payment processing, reservation platforms, search engine optimization, point of sale systems or other related services.

So will Course be the source of the world’s most reliable personalized recommendations as Sapienza hopes? A project like this certainly has potential. It’s Achilles’ heel however seems to be that, like a goldfish, it will only grow to the size of its tank – meaning: it’s value largely depends on it’s popularity or ability to attract a lot of members as sources of that imperative first-party unstructured data that makes their machine go. And if those prospective members aren’t being lured by the opportunity to publish their opinions online, then they’ll have to hope that being this different is enough.

“At the end of the day, I think it’s a choice between deeper personalization or the loudest voices in the room being right. As time and money continue to be in short supply, we think there are plenty of people who take food seriously enough to appreciate a more efficient recommendation engine. We’re both thrilled and a little anxious to be the ones presenting this option.” said Sapienza.

You can learn more about Course on their website: thecourseapp.com.

About Brian: Brian Jackson is the founder of Shoestring Branding - a marketing and branding blog for entrepreneurs, with an emphasis on internet-based tools and strategies.
Related Items
← Previous Story 4 Best Free Sports Streaming Apps For Android & iOS
Next Story → Is Mobile App Technology Changing The Healthcare Industry?