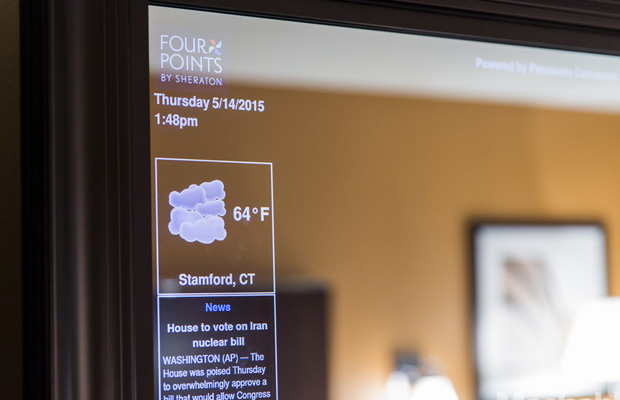 If you find yourself at certain Starwood hotels in the next few months, you’ll be able to enter your room with the tap of an iPhone or Apple Watch, touch the mirror for weather updates and even request a robot butler to bring you a toothbrush.

While the company runs higher-end hotel chains such as the St. Regis and the W, Starwood is leaning on these particular locations to test some of its latest tech innovations. The move is a part of an effort to make hotel stays for guests more personalized. This isn’t too surprising, considering the company was one of Apple’s early launch partners to offer room entry through the Apple Watch. 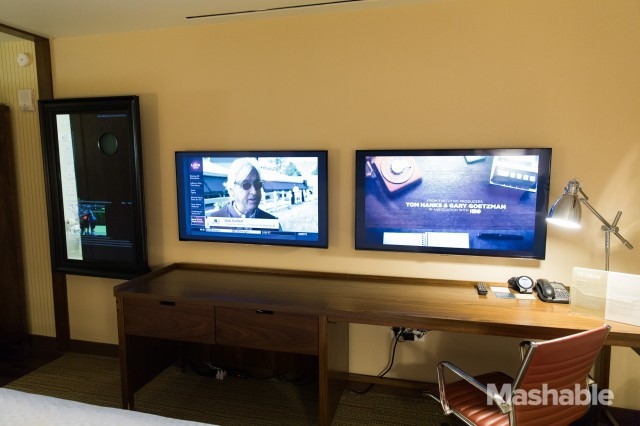 At its Four Points by Sheraton concept — which traditionally targets business travelers — Starwood is looking closer at how its guests already use certain products in the room. As a result, it is currently testing a new TV set up, with two side by side. This will allow travelers to watch something on one set and practice a presentation (or stream a show via Netflix) on the other. 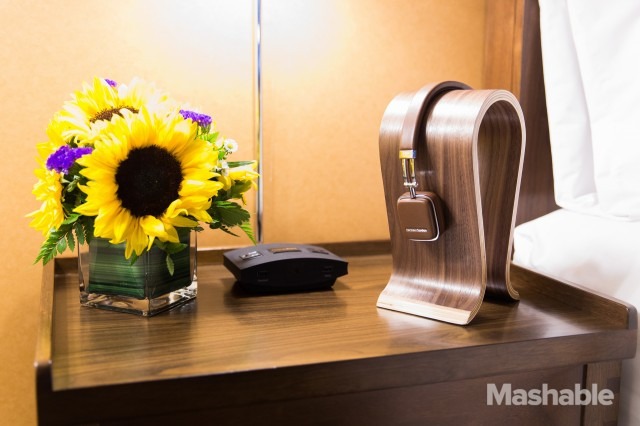 Although this may seem superfluous, it goes a step further with an effort that will surely save marriages, one couple at a time: If you’re traveling with someone else, bedside headphones are paired to a corresponding TV, so each person could watch whatever they’d like on their own set. 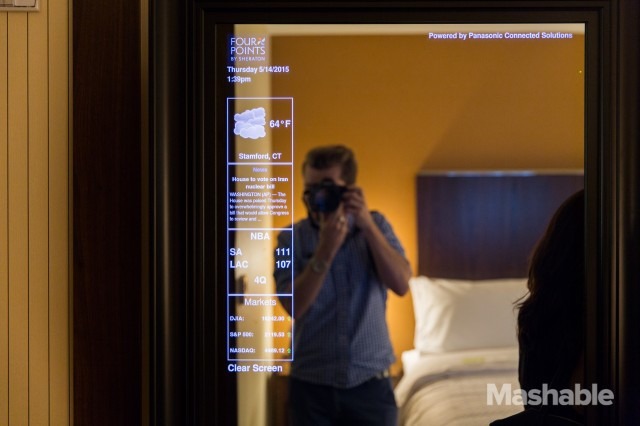 Starwood is getting ready to roll out a smart-mirror concept to hotels later this summer, too. By touching the mirror’s surface, travelers can get immediate access to the weather, news and sports scores. You can also pair it via Bluetooth to connect your phone and see your Twitter feed and other alerts directly on the mirror, which is powered by Panasonic technology.

While it’s unquestionably a novel concept, it’s uncertain how practical this will be in use (beyond just tapping for the weather and news). Plus, just think of all the finger prints.

Perhaps the most fun piece of technology is Starwood’s Robot Butler, a cute R2-D2-like robot programmed by the concierge desk to come to your room and deliver things like toothpaste and sewing kits. 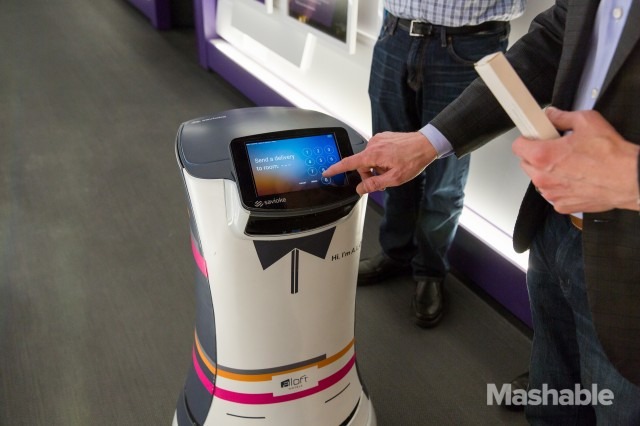 Meanwhile, the Elements hotel concept — which is often where Starwood tests sustainable features before introducing it to the rest of the enterprise — is looking to make a series of smarter tools available for guests, including Nest smart thermostats, app-controlled lighting (via the Philips Hue lighting system) and a sustainable outdoor canopy that collects energy from the sun and lets you charge your phone by the pool.

A company spokesperson said it’s also eyeing electric vehicle charging stations to some of its hotel chains, as well as voice-command functionality (i.e. “Siri, please tell my robot butler to bring me a Diet Coke.”) 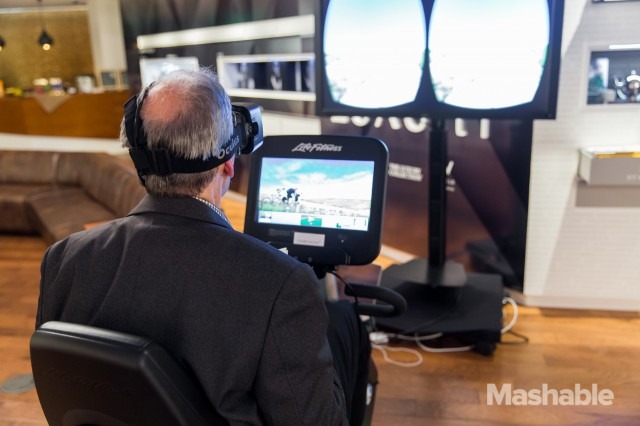 Starwood said its hotel lobbies will be infused with some tech touches, too. It has plans to put virtual reality headsets such as the Oculus Rift near couches and sitting places to add a source of entertainment for those looking to pass the time. It’s also considering an Oculus Rift experience in its gyms to make working out more entertaining.

Although Starwood doesn’t have release dates for all these features, many of them will make its way to its hotels by the end of the year. So clean up those fingertips and get your Robot Butler request lists ready.

I Write Things.
Related ItemsFeaturedHotelNewsRobotsStarwood
← Previous Story Google’s Self-Driving Cars Are Coming To Public Roads In California This Summer [VIDEO]
Next Story → The Return Of Jibo, The Family Robot [VIDEO]