This Is Why Apps Are So Popular - TechGeek365

Home / Mobiles / Mobile Apps / This Is Why Apps Are So Popular

This Is Why Apps Are So Popular 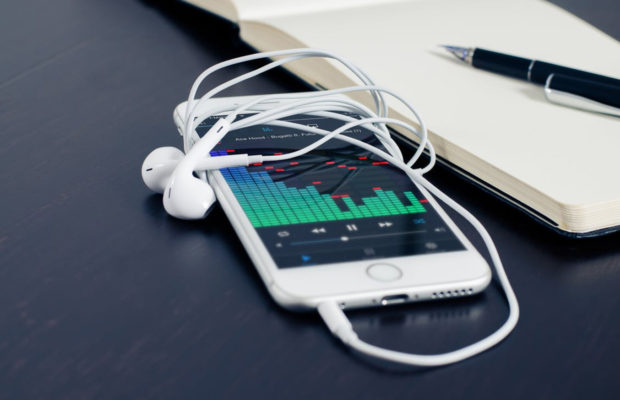 Mobile apps are something that have become indistinguishable from the technological world in the modern day. They cost some good money to develop, even more to market, but ultimately they end up making it back double when released onto the market as a program that’s made incredibly well. But how did the development of apps turn into this expansive market in the first place?

Back in the early 2000s, when the first iPhone was launched, apps were something not a lot of people knew about. They had few games on their phones, except the ones already built into the model, and those people constantly working in business liked to write everything down on a PDA. But nowadays, these ideas have evolved into a single idea: a handheld computer with storage filled with applications. It’s been a fast shift, but for good reason.

So with that in mind, here’s some of the main reasons apps have become so popular, and why a lot of people can’t imagine their life without them.

Anyone Can Make Them

A good place to start would be to pick up the fact that apps can be programmed by anyone, even those with only a basic knowledge of coding. Of course these aren’t going to be the standard we see on the App Store, but it’s good to know there’s such an easy starting point in what is one of the most competitive markets in the world.

Do you have an idea for an app? It’s a well accepted reality of app coding that you’re not going to get anywhere with the development without the time taken to write out a plan, but in a market where everyone can make a game, this won’t be too hard to complete. So you could get in touch with a software development company, or you could dedicate your own time and money to making your idea a reality. Don’t underestimate how many resources it’s going to take, but make good use of all the free tutorials out there on the internet.

They Can Help Organize You

Making life easier is something companies have been promising to do since the idea of selling goods and services for money was invented. However, quite a few of these big ideas and brands miss the mark, and people are left unsatisfied with their purchases. However, in a digital world, this is quickly becoming a thing of the past.

And nowhere is this more true than app development, particularly of those ones who help to micromanage your life. Having a digital middleman to plan out your day for you, remember your shopping list, reply to messages and emails en masse, and simply ping notifications back and forth whenever you need them means we rely less and less on our own memories. For a lot of people, this is a welcome break!

When you have an app on your phone, chances are it was a free download, and you’re getting just as much use out of it as you would a program you paid for! Of course there’s going to be micro-transactions, barely any company can function without having their users pay for extra features, but these are usually optional.  And thus you go about your day in the relief your phone’s got your back.

It’s this accessibility that means the bigger brands are often missing out on scoring the profits they really want, as the prices for the technology we want to use with our computers are being replaced by much more affordable options. Reviews from top industry professionals are changing, and at the same time meaning less and less for the average consumer, meaning the app world is a complete buyers market. After all, when there’s an app for it, you can be guaranteed you’re going to prefer hauling yourself in with the cheaper option!

People like to live at speed these days. Teenagers and students are being told more and more that they have to accomplish goals in their early years and having a productive day at work usually means how fast you completed your tasks. And by that logic, apps are keeping people at the speed they need, and bringing out new and improved versions of programs every day.

We all can see the amount of new apps that are being released every day, and patches for any bug fixes can be implemented in a few hours. There’s even the idea of the ‘Day One Patch’ out there on the market. A few years ago we never would have seen technology be so proficient, and that’s a true testament to how fast the digital world itself tends to evolve. Society is just trying to keep the pace.

But does this also signal to us that the world is too fast? To keep up with supply and demand, more and more unfinished and unpolished programs are being put on the market. Maybe it’s time to try and change the pace.

They’re A Lot Of Fun

Apps let people have fun wherever they are and whenever they want to. When you’ve got games on your phone, you don’t need to rely on your data signal and how much you have left on your contract to enjoy. Whether you’re commuting, waiting in line for your lunch, or just have a spare five minutes with nothing to day, an app can step in to fill the gap.

The idea of boredom is something that the app world likes to rely on, and living in this fast paced world with short attention spans means we need something to soothe away these kind of feelings. Unlock your phone, tap an app, and then have some quick fun. It really is as simple as that to get an app sold.

Apps are popular because they’re convenient, and constantly innovating. They changed the world when they first started being developed, and now we can’t break away from the model.

About Sandra: With over 9 years of search marketing experience, Sandra is cross skilled between PPC and SEO. Her experience in search spans across different verticals including Technology, Retail, Travel & Automotive.
Related ItemsAppsMobile Apps
← Previous Story 5 Best Keyboard Apps For Android & IOS
Next Story → 8 New Features Are Coming To WhatsApp Soon