Unplugging: What Is It & Why Do You Need To Do It 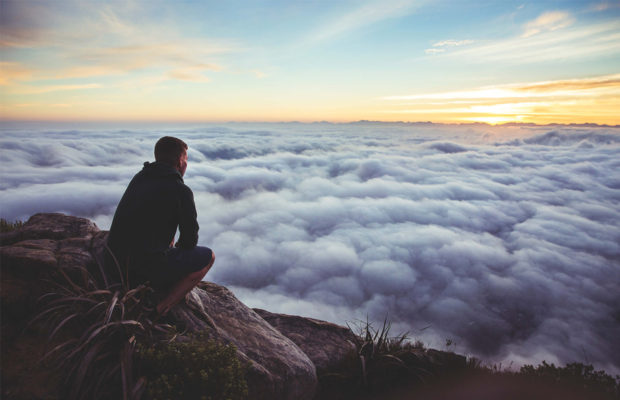 Tell any tech geek that it’s important for their health and well-being that they occasionally take some time away from their screen, and their response is likely to be something along the lines of: “oh I’m fine.”

It’s the socially acceptable way of saying: “if you want me to put my smartphone down, you’re going to have to force it out of my cold, dead hands.”

However… it turns out there are viable reasons why you should, on occasion, pull the cord and let the battery dwindle. Even if the idea of accidentally leaving your smartphone at home for a single day makes you break out into a sweat, perhaps one of these simple truths will be able to convince you to take a day away from the screen.

A smartphone is the entryway to all of the knowledge that humanity has ever been able to amass. When you put it like that, the idea of setting it down and willingly diverting your attention elsewhere just seems plain stupid. Why would anyone want to disconnect themselves from so much glorious information?

Maybe it’s time for a reality check, though. How often are you using your smartphone for genuine, life-affirming and knowledge-enriching tasks – and how often are you using it to browse social media and look at the latest memes? If the latter is more true of your usage, then a bit of time away will give the chance for content to regenerate. When you get back online, there will be new posts for you to read, an inevitable Twitter controversy to catch up on, and a thousand new GIFs waiting for your amusement. It’s a perfect way of making the internet feel fresh and new again.

You Can Have Too Much Of A Good Thing

We may associate the term ‘addiction’ with scary, dark substance or alcohol abuse, but it’s perfectly possible for the human brain to become addicted to pretty much anything. While it’s completely natural to use your smartphone for a variety of applications throughout your normal life, there can be a point where you have far too much of a good thing.

If you think you might be getting anywhere near this limit, then bear in mind the fact that the signs of addiction can often fly under the radar. You might think that everything is fine, but in reality you’re developing a potential issue. By taking regular breaks from your smartphone, this gives you the chance for your brain to reset and keep yourself on the straight and narrow when it comes to smartphone usage.

Too Much Usage Can Be Bad For Your Brain

There is mounting evidence that using a smartphone too often is actually bad for you, as in your brain. That’s not in regards to the old rumors about the radioactivity released by phones, but more in terms of how you feel while using them.

We live in a world where information is at our fingertips. That has plenty of benefits and has changed how we live and work forever – there’s no doubt that the overwhelming reality is a positive one. Nevertheless, it can actually be bad for us. The news cycle in particular is furiously quick, which never really gives us the time to absorb what we need to and take time to mull over new information.

This is then made all the more problematic by social media, which can actually make us feel more depressed rather than enriching our lives. There’s plenty of evidence to support this. Taking some time away from social media can stop you from over-focusing on small, irrelevant details of life and being able to focus more on the big picture.

If you think you might be convinced, then unplugging isn’t something you need to do often. This isn’t about completely sacrificing your attachment to your smartphone, just about moderating the amount that you feel you rely on it. Stepping away outside of essential usage – so calls and text messages that can’t wait – one weekend out of every month could be enough to stop you from falling into a rut. Of course, if you can do more then you absolutely should and see how you feel.

Perhaps the best way to forward is to go without your smartphone, bar the essentials, for a week. Does it change your perspective? Help you to be more productive? Perhaps throw a light on how badly you have been overusing it? After that week, you should be able to moderate your usage to a pattern that suits you and your life.

About Sandra: With over 9 years of search marketing experience, Sandra is cross skilled between PPC and SEO. Her experience in search spans across different verticals including Technology, Retail, Travel & Automotive.
Related ItemsGIFRandomSmartphones
← Previous Story Drone Tips To Get Better Photos And Videos
Next Story → The Importance Of Libraries In The Digital Age