Windows 10: All The New Stuff 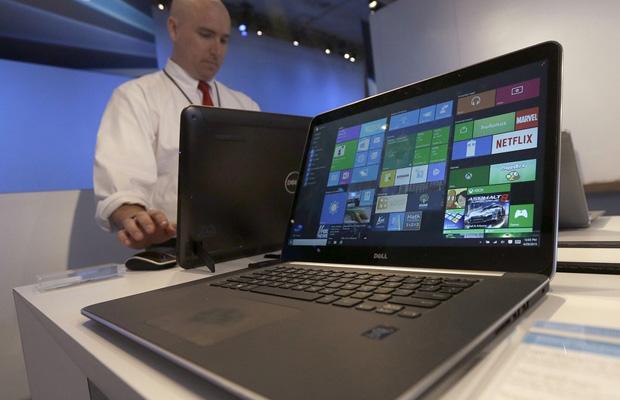 Microsoft revealed a number of new details about Windows 10 during its Build developer conference in San Francisco this week.

Between a closer look at Cortana’s new abilities, new ways for developers to bring their apps to Windows, and finally giving the new “Project Spartan” browser a name, we learned much more about how Windows 10 will work on phones, tablets, PCs, wearables and more.

Windows 10 Is Coming This Summer To PCs, And Everything Else Later

In a briefing with media on Thursday, Microsoft Senior Vice President Joe Belfiore said Microsoft would indeed release Windows 10 this summer, but on PCs only to start. Since Windows Phone 8.1 came much later than Windows 8.1, the overall product cycle for phones is on a later track. Belfiore also said the arrival of Windows 10 on other device types — including the HoloLens and Surface Hub — would be “staggered.” 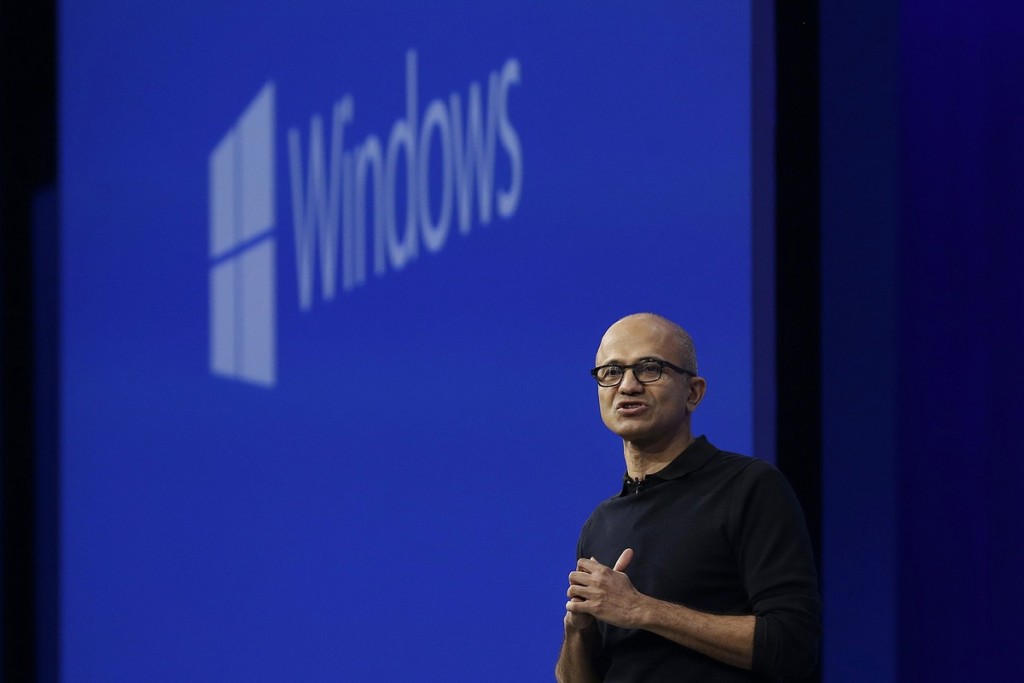 When asked about whether Windows 10 would have a “release to manufacturing” (RTM) release — when the “final” software is given to PC makers, prior to general release — Belfiore was careful with his words. At some point Microsoft will give a version of Windows 10 for manufacturers to use as the build for new hardware, he said, but how that would differ from the upgrade that all Windows users will be able to download to Windows 10-ready machines (pretty much all Windows 8.1 PCs) is still being determined. He did say that if there is a difference between those releases, they would be weeks apart and not months.

Windows’ new browser finally got its official name at Build 2015: Microsoft Edge. It has a much more minimalist and touch-friendly design than its predecessor, Internet Explorer. Users will be able to mark up web pages and Cortana will be baked in. Even better, it will no longer have the bifurcated experience that plagued IE in Windows 8/8.1.

The main thrust behind launching a new browser is performance, and Microsoft claims that in tests of the preview software, it beats even the category-leading Google Chrome. If you had hopes of getting Edge on OS X or Android, however, you can forget it, at least for now: The company says there are no plans to bring Edge to other platforms. 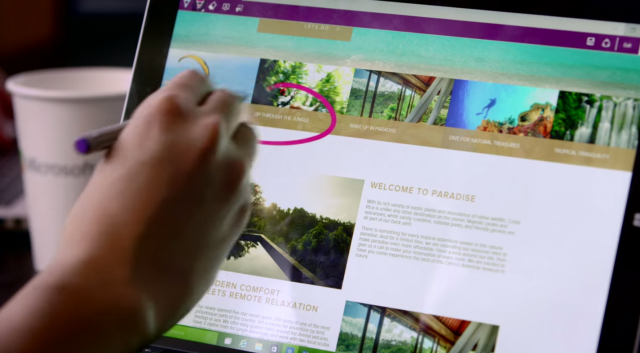 Cortana has come a long way since the virtual assistant was first introduced at last year’s Build and the feature will take on a much more central role in Windows 10. Cortana, which will be embedded in Windows 10’s new Start menu will be able to launch apps and games.

In the Edge browser, Cortana will occasionally make herself known in subtle ways. When visiting a retailer site, for example, an animated Cortana icon will appear in the URL bar, letting the user know about coupon suggestions.

On phones, Cortana will also get new abilities as the assistant will be able to field a wider range of questions thanks to more in-app integrations. Microsoft says more than 500 apps already support Cortana but developers will soon be able to integrate it even more deeply into their apps.

If Cortana detects an event on your calendar or in your email, say movie tickets you bought online, it will remind you to call an Uber at the right time and call the car for you. 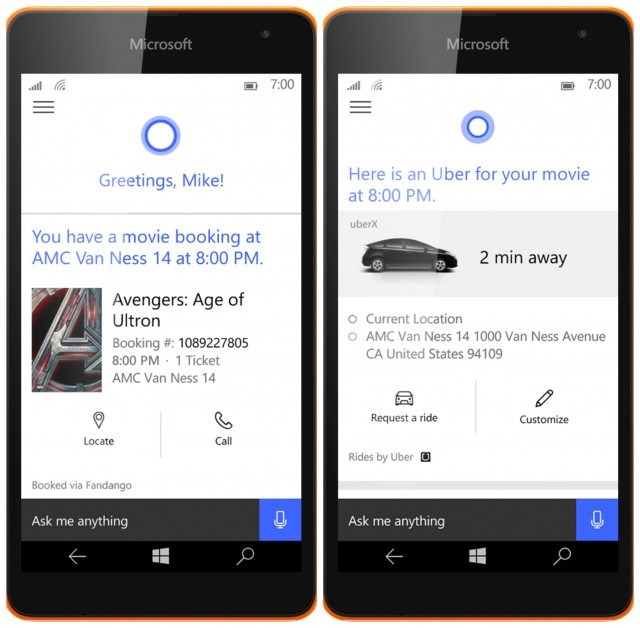 An optional feature called “Windows spotlight” will bring Google Now-like functionality to lock screens. If enabled, it learns from your past use to provide tips and recommendations of new features to try or even new apps to check out.

The feature will also periodically change the image on your lock screen, based on what it recommends. It may be a Cortana-like image when offering Windows tips, for example, and change to a photo of an app when providing an app recommendation. Like Google Now, it can also provide some contextual information about your day such as upcoming appointments from your Outlook calendar.

Developers will soon be able to take advantage of “add-ins” for Outlook.com, which will allow companies to create a version of their service that runs natively within the service.

“The Outlook APIs create an open platform for developers to build contextual experiences for Outlook.com and Office 365 users that simplify everyday tasks, helping them get more done without the hassle of switching between multiple applications,” Microsoft explains on its Officeblog.

With Uber, for example, you can schedule a ride in Outlook and get a reminder on your phone when it’s time to request your ride.

Microsoft says we’ll hear more about add-ins in the “near future” but the three early partners we’ve heard about so far are PayPal, Uber and Boomerang (makers of the popular email scheduling extension for Gmail).

Resizable overlapping windows is returning with Windows 10, Microsoft confirmed. It’s a simple but significant update for many users who have long complained about Windows 8’s reliance on full screen apps. Company executives even made a joke about this during Thursday’s keynote, saying the running joke on the engineering team was that Windows 8 should have actually been called “Window 8” because of it. 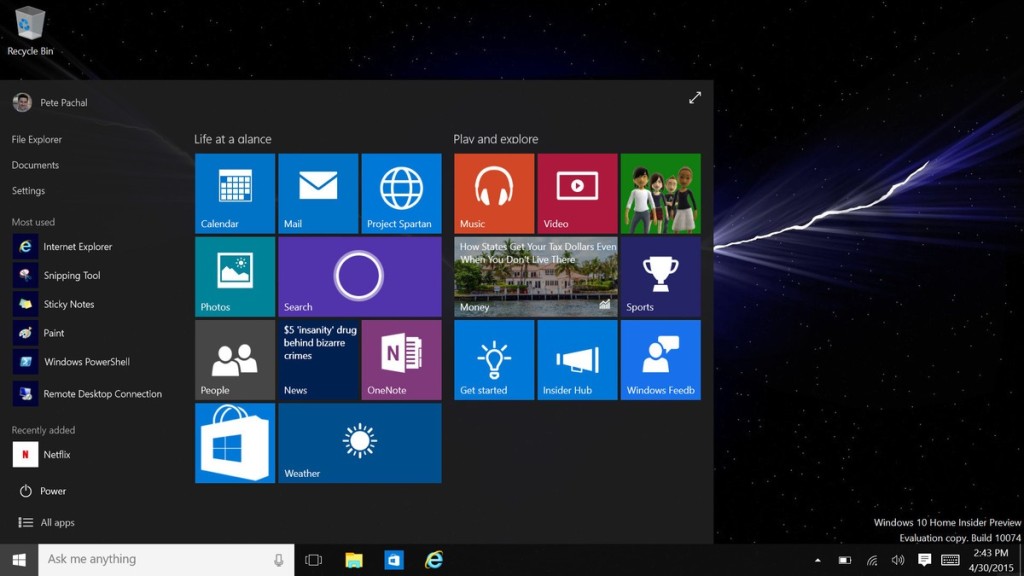 Another legacy feature slated to make its return in Windows 10 is the “Aero Glass” look that originally debuted in Windows 7. The effect, which adds a transparent background on the Start menu is already available in the latest Window 10 preview and Microsoft says it expects the final look will be “pretty close” to what’s already out there.

Continuum For Phones And Tablets

We learned a lot more about Continuum, the way Windows 10 will adapt for multiple form factors. Switching to tablet mode calls up a more minimalist Start screen than in Windows 8, and tablet mode will get a back button to make it consistent with Windows phone.

But what will the back button do? Some Universal apps don’t use a back button and in that case it’ll just take you back to the last window, Microsoft says. 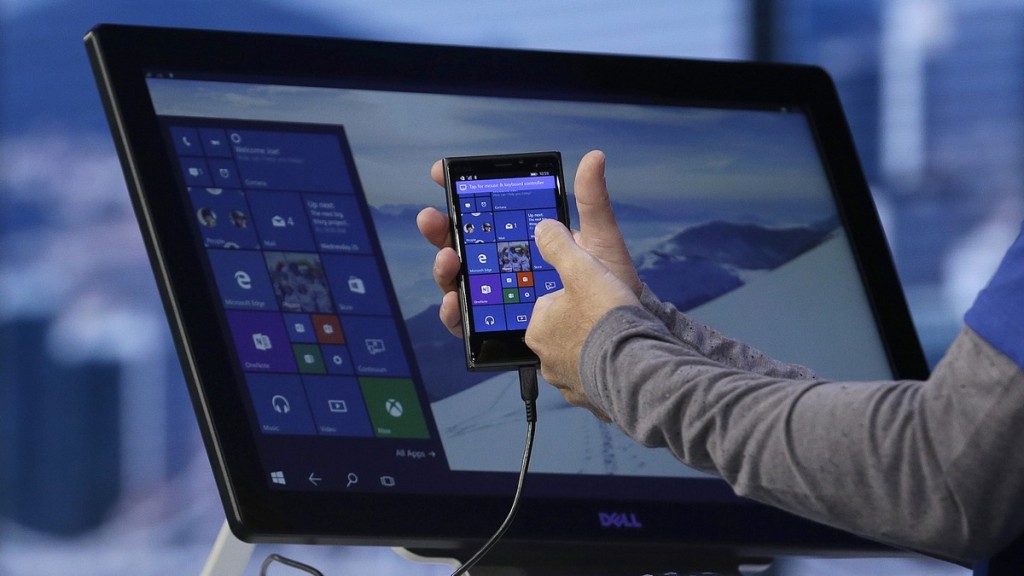 We got a taste of just how powerful Universal apps with how Continuum works on Windows phones. Hooking up the phone to an external display, you can run the tablet or PC version of the app directly from the phone, with the entire user interface adapting to the larger area.

It’s also been sorted how Continuum will handle multiple desktops: Switching to tablet mode will simply treat the apps open on the various desktops as separate windows, preserving the desktops for when you switch back to PC mode. New apps that you launch will simply appear on the desktop you were using when you launched them.

One of the new abilities of Windows 10 is the ability to stream games from an Xbox One on the same network. Microsoft says as long as your Wi-Fi is 802.11ac, there should be next to no latency, and checking out the feature on a Surface Pro 3, I’d say the claim is accurate. 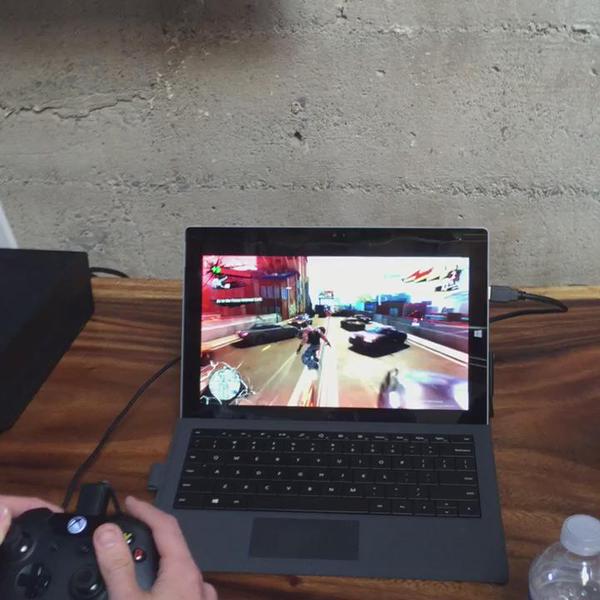 Playing a little Sunset Overdrive via Xbox Live Streaming — and dying multiple times — I was tempted to blame my lousy gameplay on the quality of the stream, but it worked just fine and didn’t stutter at all. I’m not sure how many Xbox owners will want to play Xbox games on a PC if they have a console, but the feature is solid.