Home / Entrepreneurship / 4 Common Productivity Tips That Are Actually The Worst

4 Common Productivity Tips That Are Actually The Worst 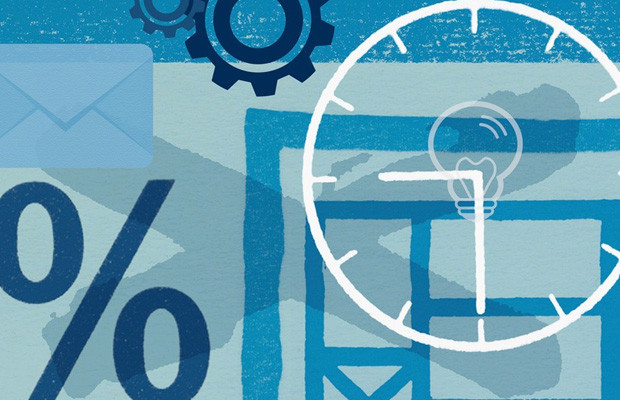 You’ve heard the same “tried and true” advice from productivity experts for years. And I’ll admit it — I’ve given and taken this advice myself. But the truth is: A lot of it is a lie. Most of the “best” productivity advice doesn’t work. Here’s why — and what to do instead.

I understand why this sounds like a good tip: Reading and responding to email could derail yourentire morning and set you back (you know, when your 15 minutes of reviewing emails turns into 45 — and suddenly, you’re late for work). But, in so many industries, it can be difficult to ignore what has been going on overnight — even for a few hours. Translation: This tip just isn’t realistic in your fast-paced life. In fact, it might actually cause additional anxiety before you even get into the office.

Check email first thing in the morning, but don’t respond unless it will take you less than a minute. Something that requires a quick “yes” or “no” or that can be forwarded to someone who can take care of it for you is fine. But anything that requires research or a longer response is off-limits. Mark that email “unread,” and go back to it later when you have more time. Better yet, add it to your to-do list so you’ll be sure to check on it later.

Scrolling through and skimming emails first thing in the morning is a good use of time even when you can’t respond right away. Letting them marinate before firing off a response can be invaluable.

2. “Do the hardest task first”

Sure, this sounds like a reasonable strategy. But the problem is that, sometimes, your hardest to-do can really set you back time-wise. It can be easy to get off track if you don’t plan ahead and set aside all of the time, resources, and energy you need for this task. This strategy might end up actually deflating your hopes for a productive day.

Instead of tackling your most difficult (i.e., draining) task first, boost your confidence and get your momentum going by starting with smaller, easier steps. They will ease you into a productive mode and ensure you’ll keep plugging along.

Bonus: Consider cutting that difficult project into smaller bite-sized to-dos that you can tackle individually. For instance, “write a book” is too daunting. So, break that big task up into smaller ones like, “research ideas,” “make chapter outlines,” and “contact agents.”

This makes my head hurt.

OK, I do think it’s a good idea to get everything out of your head and down on paper. But having just one go-to list for all the things you need to get done is a big mistake. It ends up being really difficult to focus and pick tasks off a never-ending list.

Once you do a mind dump and get everything out of your head, rewrite your list into specific, actionable tasks. Then, go a step further and break your lists up into a work list, home list, side project list, and so on.

This way, your mind will be clear when you look at that particular list, and you won’t have to wade through other noise like “pick up birthday gift for Grandma” when you’re trying to finalize a press release at work. You’ll get to Grandma’s gift — when you’re ready to tackle your home and life to-dos. Keeping your lists separate will help you stay laser-focused on what really needs to get done first.

Yes, I’m guilty of giving this advice quite often — but it’s not completely accurate. I’ve met plenty of people who tell me they are master multitaskers and can juggle many projects at once. I get it: I’m one of them.

In fact, stress can actually push you to become more productive. For example, have you ever noticed how if you know you need to get a certain amount of stuff done in a short time, you’ll figure out a way to do it? Even if that means doing two things at once!

Be selective. For instance, commuting is a great time to catch up on your favorite podcast. I like to walk and simultaneously learn how to become a better entrepreneur, figure out who really did kill Hae Min Lee (hello, Serial!), or hear how to network like a superstar.

Sure, this is technically doing two tasks at once, but I don’t need the same resources to do both. Meaning, walking and listening is a productive way to multitask because these two tasks complement each other. Alternatively, something like talking on the phone and writing emails isn’t a great multitasking pair because it’s just too hard to split your brain across those two things.

Remember, just because something is touted as “the best advice around” doesn’t mean it’s the best advice for you. So, feel free to flout these productivity best practices, and try the alternatives above.