4 Ways You're Ruining Your Chances For A Promotion - TechGeek365

4 Ways You’re Ruining Your Chances For A Promotion 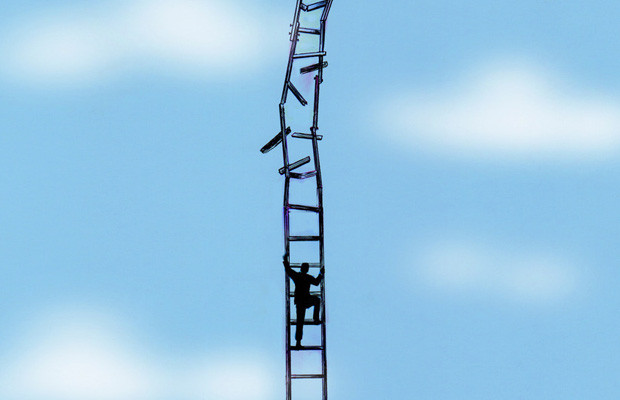 It’s been a few years, and you’ve been exceptionally diligent. Ever since you realized it was a possibility, that promotion has been your goal, and you’ve been gunning for it with everything you’ve got.

But, wait. Before you keep charging blindly ahead, make sure your grand plans aren’t derailed by any of these easy-to-make mistakes.

1. Winning over your boss but not your co-workers

Your direct supervisor will have a big say in whether or not you get to move up, so it makes perfect sense to curry his or her favor. But before you keep nodding yes to everything your manager says, consider the impression you’re making on your colleagues. It might be completely obvious to everyone but you that you’re “running for office” and ready to sacrifice anyone standing in your way.

To prevent any resentment from building up, you’ll want to be a bit more mindful of the way your actions to please your boss make you look in front of your co-workers. After all, it’s not like these people just go away when you get promoted. In fact, you will still have to work with them—and possibly even manage them.

2. Focusing on new responsibilities but neglecting your current ones

It’s great to be eager, but obsessing over your next career move instead of focusing on your present role isn’t going to get you anywhere. It’s easy to get carried away with newer, possibly more exciting responsibilities, but neglecting your core duties will get you in trouble. You won’t make a very compelling case for yourself to take on a greater role in the team if you can’t even manage your current assignments.

In other words, before you get too preoccupied with revamping the internship training schedule or planning the regional conference, make sure your main responsibilities are completed in a timely and consistent manner.

3. Going above and beyond but not letting anyone know

So, you’re knocking out old and new responsibilities, helping out colleagues, and mentoring interns. If anyone is paying attention, that promotion should be yours. Problem is, you can’t rely on other people to pay attention. If you’re not fully promoting yourself and your achievements, it almost doesn’t matter that you’re killing it at your job.

So, how does one actually do this? It’s all about setting aside time to talk about and celebrate team successes with your manager. Check out this handy guide on how to brag at work (without sounding like a jerk) for a more step-by-step guide.

4. Not creating a plan for when you actually do get promoted

This one might be the least obvious one. What is your team or company going to do if you’re not longer in your current role? If you don’t have a plan in place, that can be a serious deterrent for promoting you.

Plan for your succession, or if you’re in a more entry-level role, document processes you oversee, training you’ve completed, and your general responsibilities so that it’ll be easy to train someone to take your place. It might feel a bit presumptuous to be getting ready to move on to a new role that you may or may not get, but when it does happen, you’ll look completely prepared and ready to take on that promotion.

The moral of this story is that getting promoted shouldn’t just be about you. If you’re able to make it about what’s best for the team or the company, you’ll be not only be making a better impression on everyone involved, you’ll also be more likely to get that coveted promotion. Good luck!

I Write Things.
Related ItemsEntrepreneurshipSuccessTips
← Previous Story Cuba Might Be The Next San Francisco
Next Story → 4 Common Productivity Tips That Are Actually The Worst