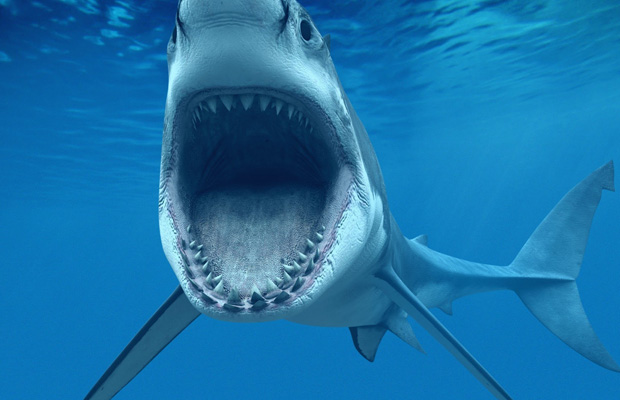 Sharks are the natural-born rulers of the ocean, so as the inferior species, humans sometimes need a helping hand to keep out of their way.

First the facts: Shark attacks are rare. In Australia in 2014, there were only 11 reported cases of unprovoked shark attack according to data collected by the Australian Shark Attack File.

Of course, you could just take up an indoor sport like badminton to avoid being eaten by a shark. But if the call of the ocean proves too strong, here are five options to take your shark-avoidance strategy high-tech: 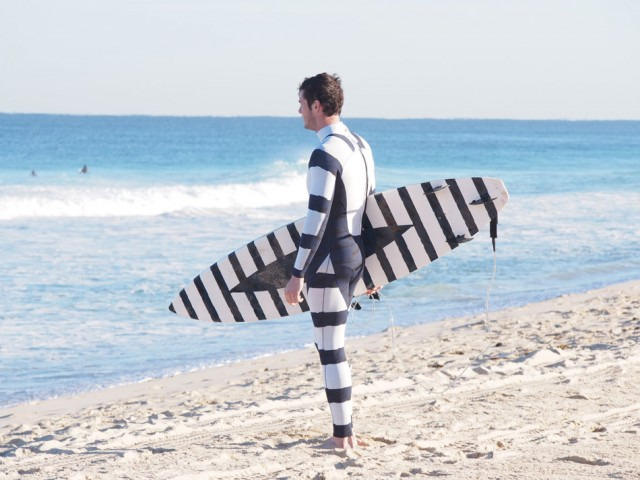 What better way to avoid sharks than to no longer be visible to their ghastly, beady eyes? Launched in 2013, the shark deterring wetsuit can help you out.

Developed by Shark Attack Mitigation Systems (SAMS) and the University of Western Australia, the wetsuit exploits the fact that sharks are essentially colourblind.

It comes in two patterns with “disruptive coloration,” intended to make the wearer blend into the background while underwater. There is the “SAMS Cryptic,” which makes it difficult for the shark to see the puny human in the water, and the “SAMS Warning,” which makes the wearer appear unpalatable and hopefully unlike shark food.

Of course, SAMS cannot guarantee the wetsuits will give you Harry Potter invisibility cloak-type status to sharks, so you may need another couple of game plans to stay safe. 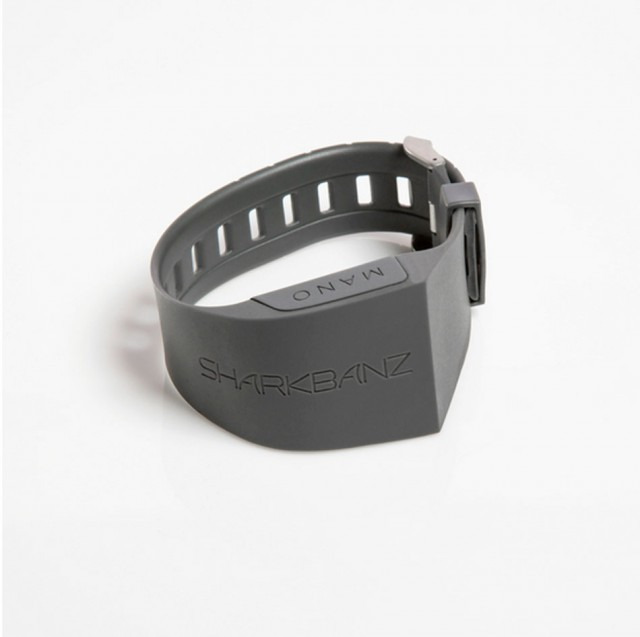 Why not try a fancy shark-repelling bracelet?

There are a number of anklets and wristbands on the market that claim to dissuade sharks. Looking not unlike a Fitbit or Jawbone fitness tracker, however, Sharkbanz is one of the more visually appealing.

The Sharkbanz team claims the band uses patented magnetic technology to keep sharks away from vulnerable swimmers. The band’s magnetic waves will disrupt the shark’s electro-receptors, the company says on its website, and deter sharks from coming closer to just get a cheeky taste.

Like the SAMS wetsuit before it, Sharkbanz cannot “100% guarantee” a shark-on-human incident will not take place.

While the technology has been tested on over ten species of shark that are commonly responsible for “hit and run” attacks — when a shark comes and takes a nibble to see if the animal is worth eating — it may not be effective against great whites, which have a different attacking style.

How much do you value your time here on Earth, though? Because A$109.95 seems like a reasonable price for a human life.

The nose of a shark is highly sensitive to electrical currents through a sensory system called the “Ampullae of Lorenzini,” so many shark-repelling technologies try to use this physiological attribute to the human race’s advantage.

Shark Shield makes packs that can be attached to surfboards, kayaks or ankles. Using two submerged electrodes, it creates a three dimensional electronic field around the swimmer or surfer intended to discomfort any curious sharks with muscle spasms if they come too close — without hurting them too badly.

If there was a simple tracker that could let you know if any sharks were in the area, you would potentially not need to be so loaded down with anti-shark gizmos.

OCEARCH’s Global Shark Tracker is one app that lets you follow the global movements of sharks that have been tagged by the non-profit organisation, for the purpose of researching apex predators. 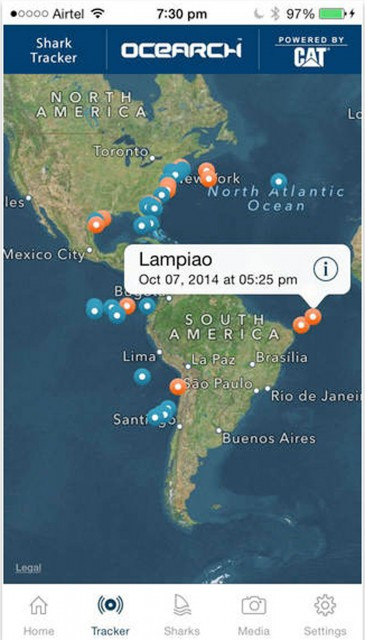 Although the main aim of the data is to assist conservation efforts, the paranoid among us could use it for a different purpose. “Having that information in real time is fantastic and if people do want it for a slight safety reason then absolutely,” tiger shark researcher Bonnie Holmes told AAP.

If you are among the truly fearful and do not mind lobbying local government, you might try asking the powers-that-be to install shark repelling electronic cables at your local beach.

Researchers in Cape Town, South Africa have been trialling cable technology since late 2014. The 100-metre-long cable is intended to ward off sharks by emitting a low frequency pulsed electronic signal that will hopefully prove too much for the shark’s sensitive nose. The cable is not dangerous to humans, although one might feel a tingling sensation if it is touched.

In fact, the cable may save more sharks than humans. While shark nets and drumlines — an anchored float with a baited hook — are intended to protect beachgoers, they have actually proven far more fatal to animals. In South Africa between 2005-2009, around 591 sharks a year were caught in nets, but only 13% were released alive, according to ABC News.

Stay Out Of The Water

Ultimately, you could follow the highly sensible tips by the Australian Shark Attack File to minimise the risk of being eaten alive shared, from avoiding swimming at dawn or at night, to leaving the water if fish school in high numbers.

If simple rules are not your thing, though, you are going to need a bigger — hopefully more high-tech — boat.

I Write Things.
Related ItemsGadgetsNewsSharksSurfingWearables
← Previous Story The Return Of Jibo, The Family Robot [VIDEO]
Next Story → Magical Chrome Extension Puts Tabs To Sleep So They Don’t Kill Your Browser