Apple, Facebook To Pay For Female Employees To Freeze Their Eggs - TechGeek365

Apple, Facebook To Pay For Female Employees To Freeze Their Eggs 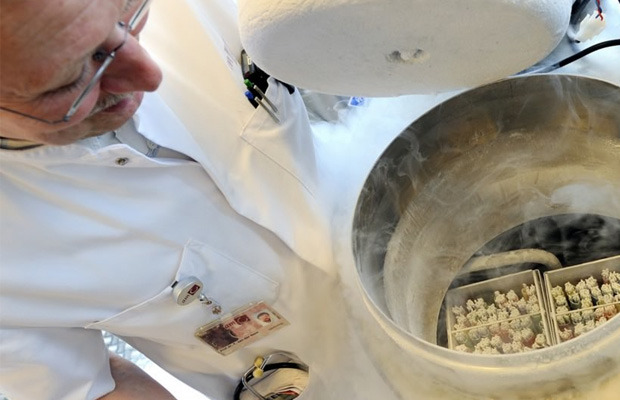 Apple and Facebook are adding a new perk for female employees: Free egg freezing that would let them delay parenting for a few years.

Facebook recently began offering the service on Jan. 1. Apple plans to begin in January 2015, according to NBC News.

As women age, their likelihood of successful pregnancies begins to dip as early as age 27. Oocyte cryopreservation, a.k.a. egg freezing, is seen as a method of maintaining fertility over a longer period since younger eggs tend to be healthier.

Robin McCarthy, the vice president of marketing at Eggbanxx, an egg freezing advocacy organization, says such employer-based coverage is “not common at all.” One main reason for this is that the American Society for Reproductive Medicine stopped calling egg freezing “experimental” just two years ago; McCarthy says previously, egg freezing was mostly intended for cancer patients, who wanted to preserve their eggs in the case of death or future infertility.

Egg freezing currently costs about $10,000 plus up to $1,000 a year for maintenance. However, McCarthy says the success rates from a frozen egg match those of a fresh egg. In other words, if you freeze your eggs at age 27 and then wait until age 35 to try in vitro fertilization, the egg will behave like a 27-year-old’s. Like IVF, egg freezing is typically not covered by an employer’s health insurance.