Barrett Wissman: A Driving Force Behind The Scenes - TechGeek365

Home / Entrepreneurship / Barrett Wissman: A Driving Force Behind The Scenes

Barrett Wissman: A Driving Force Behind The Scenes 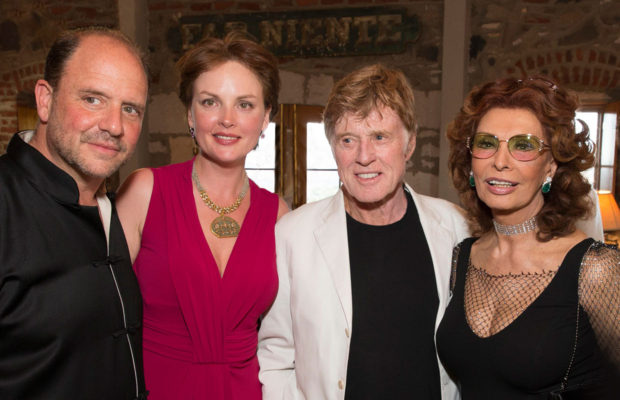 Social media has become so ingrained in our society that it is now being used as a means for driving the direction of that our society is headed. How this is being done is by the use of powerful influencers within social media. These influencers use their positions to cause their followers to move in a certain direction in hopes to cause an avalanche effect.

The marketing world has figured out that if they can harness the power that these influencers have over their followers on social media and use it to build their own empire. They, in turn, can influence the influencers to drive society in specific directions while making money in the process.

Barrett Wissman and his firm Two Pillar Management have emerged as leaders in helping social media influencers and brands navigate these complex waters. Wissman co-founded the firm along with hospitality entrepreneur Robert Earl who is no stranger to working with celebrity over the years having founded Planet Hollywood amongst many other enterprises.  They have created what is now one of the few firms handling these clients in a professional manner.

Wissman has emphasized that social media will continue to evolve as ways to harness it continue to change with more and more businesses turning to the Internet for much of their marketing strategies. This is where the role of the influencer becomes more of a pitchman for the companies who have recognized that these influencers wield a lot of power with their millions of social media followers that hang on their every word and or action.

With social media being dominated by a small group of highly popular individuals that capitalize on their popularity to help their select set of companies, companies enjoy the benefits of having a special relationship with the influencers. These relationships are crafted and developed by Barrett Wissman and other behind the scenes executives that are responsible for bringing together influencers and brands. This new class of Intranet entrepreneur offer the influencers a way to help build their brand and make even more money by creating their own businesses and platforms as well.

While using their influence to pitch products may have been where they got started, it was definitely not the end game for Barrett Wissman. Part of the new evolution involves encouraging those who have the means to help others through philanthropic strategies. Wissman is a shareholder in the Global Philanthropy Group which devises philanthropic strategies for celebrities. He believes this should be an important element in developing any influencer’s brand as well.

Philanthropy is not something that everyone is predisposed to do, but with a little extra encouragement, these social media superstars can be directed into not only sharing part of their profits from the brand deals they put forward but also use their influence to help charities, foundations and good causes spread their message and raise funds as well.