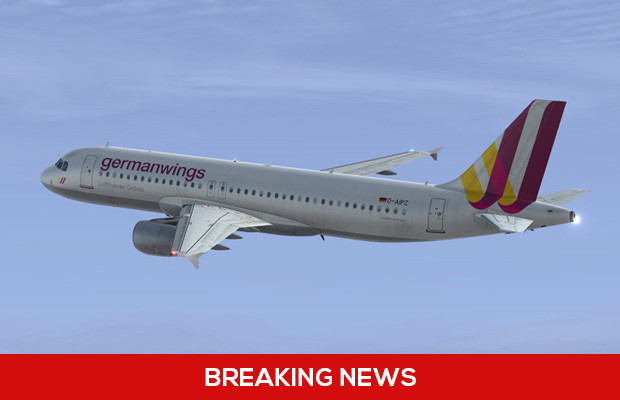 A passenger plane flying from Barcelona to Düsseldorf has crashed in a remote and mountainous area of southern France.

Live Germanwings flight 4U9525 crashes in French Alps with 150 on board – live updates
Debris is located as French prime minister, Manuel Valls, says he fears up to 150 people have been killed.

The Airbus A320 making the flight for Lufthansa’s lowcost arm, Germanwings, crashed near the small mountain village of Barcelonette in the southern Alps with at least 144 passengers and six crew members on board.

Spain’s deputy prime minister said 45 passengers were believed to be Spanish nationals. A spokesman for France’s interior ministry said the passenger manifest was being verified.

A distress call was made by the aircraft at 10.47am, while the plane was “in an abnormal situation”, the French transport ministry said. The crash happened shortly afterwards, it added.

The distress call to air traffic control in Marseilles was “mayday, mayday, mayday” and the pilot requested an emergency descent, meaning all airspace had to be cleared below the route of the aircraft.

Sebastien Giroux, one of the first eyewitnesses, said he saw the aircraft flying very low. “There was no smoke or particular sound or sign of anything wrong, but at the altitude it was flying it was clearly not going to make it over the mountains,” he told BFM-TV. “I didn’t see anthing wrong with the plane, but it was too low.”

The plane crashed at 2,700 metres altitude in the Alps, in the commune of Méolans-Revel, an isolated area of small villages and hamlets that are difficult to reach. Debris is scattered over an area of 2 sq km, according to French search and rescue. 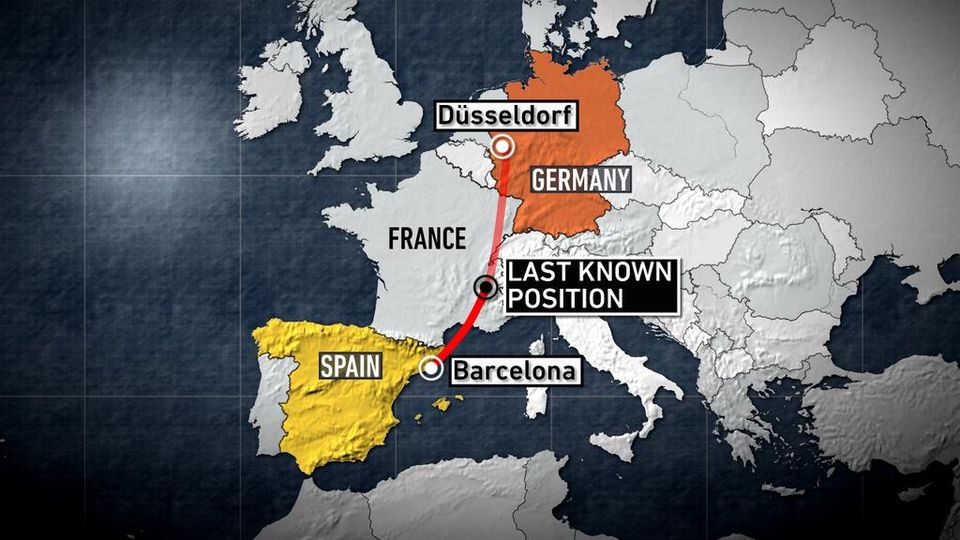 The French weather station said the meteorological conditions were calm at the time of the accident and that the sky was “completely clear”, with almost no wind.

Gilles Gravier, president of Tourism in the Val d’Allos ski resort area, said nothing of the crash had been heard from the pistes in his village. He said 400 gendarmes, firefighters and emergency search and rescue personnel had been mobilised but the zone was “extremely difficult” to get to.

Florent Plazy, director of the local ski school ESF, said the area was hard to access even for mountain walkers. Eric Ciotti, head of the regional council, said search and rescue teams were headed to the crash site.

Pierre-Henry Brandet, an interior ministry spokesman, told BFM television that he expected “an extremely long and extremely difficult” operation because of the area’s remoteness.

“The aircraft debris has been localized, and we can only fear a heavy death toll. The first information from rescuers suggests that the number of survivors, if there are any, will be low, but until we have reached the site by land, we cannot say with any certitude. The rescuers are being taken in by helicopter,” Brandet said.

The French president, François Hollande, said it was likely there were no survivors.

He said the crash happened in “an area that was very difficult to access” and he did not yet know whether any homes on the ground had been affected. “Solidarity is our first sentiment at this moment,” he said.

France’s President François Hollande expresses solidarity with the plane crash victims’ families
The Germany chancellor, Angela Merkel, who said she would travel to the crash site on Wednesday, said the crash had plunged Germany, France and Spain into “deep mourning”.

Spain’s King Felipe VI said he was cancelling his state visit to France to return to Spain. The country’s prime minister, Mariano Rajoy, also spoke briefly to the press. “We’re facing a dramatic and very sad accident,” he said. “We’re going to do everything in our power to help, to help the families and give them our support.”

Spain’s airport operator, Aena, said the plane left Barcelona at 8.55am, a slight delay from its expected departure of 8.35am. It did not know the reason for the delay. It said it had designated a special room in terminals 1 and 2 of Barcelona’s El Prat airport for family members and media.

Airbus said on Twitter: “We are aware of the media reports. All efforts are now going towards assessing the situation. We will provide further information as soon as available.”

The crashed A320 was 24 years old and had been with the parent Lufthansa group since 1991, according to the online database airfleets.net.