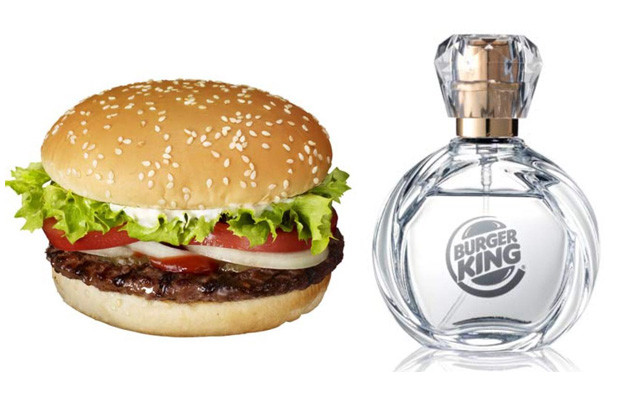 The smell of fast food wafting through the air can be beautiful torture, but how can you capture it when there are no actual greasy french fries in the general vicinity?

Burger King Japan may have a solution with a new perfume that claims to smell like Whoppers.

The scent, Flame-Grilled, is set to be released on the brand-new holiday of Whopper Day, which happens to take place on April 1. The perfume purchase includes a free Whopper, just in case the fragrance makes you hungry.

The whole thing smells like an April Fool’s Day prank, and could very well be, but a Burger King fragrance is not unprecedented. In 2008, the fine restaurant released a cologne called Flame. Flame, which has since been discontinued, was available online and at Ricky’s stores in New York City.

One Ricky’s manager described it as “a combination of Axe body spray, TAG and this YSL cologne I have.” So basically, unappealing but not burger-scented.

The launch of the cologne was accompanied by a disturbing advertising campaign featuring the Burger King himself in seduction mode:

On April 1, the truth will be revealed and we’ll know for certain if this is a long-term April Fool’s Day prank or an actual love letter to burgers. Until then, report to your local Burger King to smell the Whopper aroma.

I Write Things.
Related ItemsBurger KingRandom
← Previous Story Something Really Big Is Going To Happen On Friday, And Here’s How You Can Watch It
Next Story → Kraft Recalls 6.5 Million Boxes Of Macaroni & Cheese