Why Businesses Should Prepare For Payment Innovations 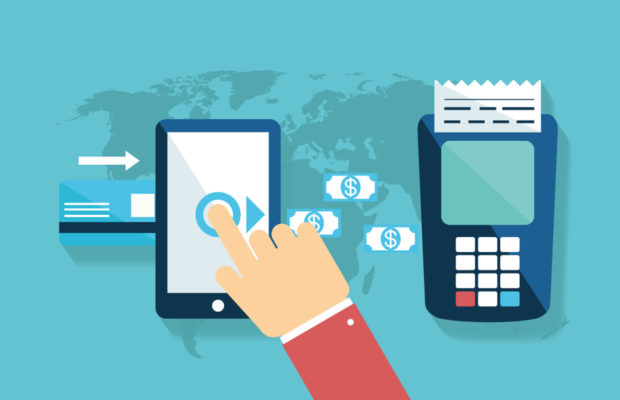 Technology has influenced almost every facet of our lives, perhaps none more so than the way we deal with money. From the beginnings of the barter system all the way back in 6000 BC and the introduction of paper money in China during the 11th century – to the invention of modern banking in medieval and early Renaissance Italy, and now the growing popularity of online shopping and cashless payments, trade and commerce has indeed come a long way.

This relentless, fast-paced evolution just underscores how important it is for businesses to continuously adapt. And as consumers demand for more options and convenience, industry leaders should also learn how to incorporate suitable payment innovations into their operations. Here are some of the reasons why you should prepare your business for the inevitable shifts in the world of payments.

The Rise Of eCommerce

No matter what kind of business structure you’re operating on – whether it be freemium, franchise, pay-what-you-can, direct sales, or even a recurring billing model – it’s most likely been influenced by eCommerce.

Platforms like Shopify and Magento have made it easier for smaller players to compete with and even steal a small share of the market from established businesses. A lot of eCommerce platforms are stepping up their game by ensuring that the customers will have an easy checkout process by regularly improving their checkout page to prevent abandonments. Meanwhile, online payment systems like PayPal has facilitated simpler, faster transactions.

There is still a level of mistrust in eCommerce and online payment platforms, especially with matters relating to security and privacy. However, there is no doubt that these technological solutions are slowly becoming the norm, if they aren’t already.

The Rise Of Mobile Technology

In October 2016, more users around the world accessed the Internet from mobile devices like smartphones (51.3%) than they did from desktop and laptop computers (48.7%). Global smartphone penetration is also predicted to reach 37%, making mobile payments a viable payment innovation in the near future.

Mobile payments have in fact been used in varying degrees since 1999, although they haven’t been as widely adopted up to this day, perhaps due to the cautious approach of both businesses and consumers. The mindset was: if there were few consumers using mobile payments, then there was no reason for businesses to implement it just yet.

However, it’s wise to prepare for the eventual rise of mobile payments, especially since a significant chunk of mobile payment users are either Gen Xers or millennials (33% and 39%, respectively), the latter making up the largest group of consumers in the United States. This means that their payment preferences will soon become a bigger influence in the market, and companies need to be ready for this shift.

In fact, mobile payments are now the norm in countries like China, where the giants WeChat Pay and Alipay account for 40 and 54 percent of the total market. In 2016, Chinese mobile payments volume reached $5 trillion.

The Rise Of The Global Consumer

Due to the popularity of online shopping platforms, there are now virtually no barriers between businesses and their consumers – even international borders. This is especially true in developing countries, where there is high demand for certain products that may not be as readily available.

The global consumers put high importance on speed and convenience. And whether they prefer using mobile payments, credit or debit cards, money transfers, or global payments systems, your business would be well-advised to explore how to service these international customers using a variety of payment innovations.

The Rise Of Digital Currencies

Bitcoin is the most popular name when it comes to digital currencies, more popularly referred to as cryptocurrencies. And while bitcoin, or any digital currency for that matter, has yet to be acknowledged by any government as an official form of payment, it continues to thrive in the U.K. and U.S. where there are quite a number of bitcoin merchants in operations. Among the many institutions that are already experimenting with blockchain (the underlying technology behind digital currencies) include banks, companies such as Microsoft and Expedia, and even a handful of Shopify retailers.

The true significance of bitcoin, however, is opening the discussion, planting the concept, and establishing the practice of using digital currencies as a payment alternative. Early adopters will therefore be strategically positioned once digital currencies become more prevalent. Just think of it as opening shop in an area that is soon to become a booming business center, where other players have yet to do so.

Financial technology is as fluid as money. The key for business success is to always stay abreast of the latest payment innovations that not only make transactions easier but also more convenient – two of the things that consumers always look for when searching for companies to support.

I Write Things.
Related ItemsBusinessOnline PaymentsPayments
← Previous Story Deal With The Stress Of Personal Dispute Resolution When Owning An SME
Next Story → Instagram – An Improving Frontier For Marketers