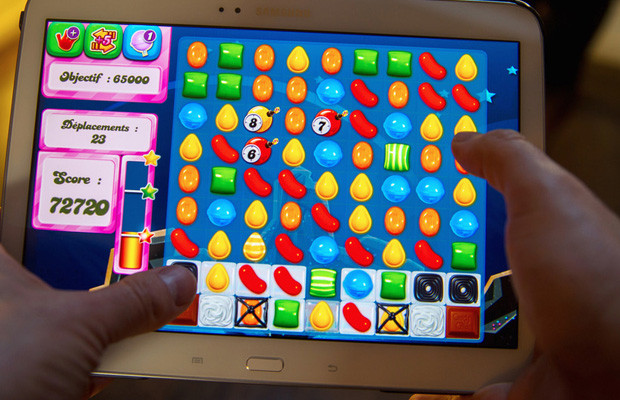 The makers of addictive mobile gaming sensation Candy Crush Saga are the target of a class-action lawsuit that claims the company deliberately hid a significant decline in users ahead of its IPO last year.

Filed Tuesday in California Superior Court and only revealed now, the suit from investors Sean Debotte and Michael Nunes accuses London-based King Digital of misleading investors in its federal documents ahead of the company’s initial public offering one year ago. Candy Crush Saga accounts for nearly 80% of King’s business, according to the company’s official IPO filings.

King Digital sold $499.5 million worth of shares to the public last year at $22.50 per share. King executives cashed out millions, as did their financial backers, the lawsuit says.

The dispute centers on King Digital’s IPO prospectus, which is intended to inform the public of the company’s finances in detail. The company claimed 97 million active users who played 1.065 billion average daily games of Candy Crush.

But that figure was in significant decline as once-paying customers began to leave the game, which should have been disclosed at the time of the IPO, according to the lawsuit.

“Unbeknownst to investors, the … representations were materially inaccurate, misleading, and/or incomplete,” the lawsuit states. Debotte and Nunes are seeking class-action status for their lawsuit, meaning other investors who bought King stock under similar circumstances can join in the future.

“We believe the claims are without merit and intend to defend them vigorously,” said a King spokesperson.

Defendants include King Digital, its senior executives and several banks that underwrote the IPO, including JP Morgan, Credit Suisse and Merrill Lynch. 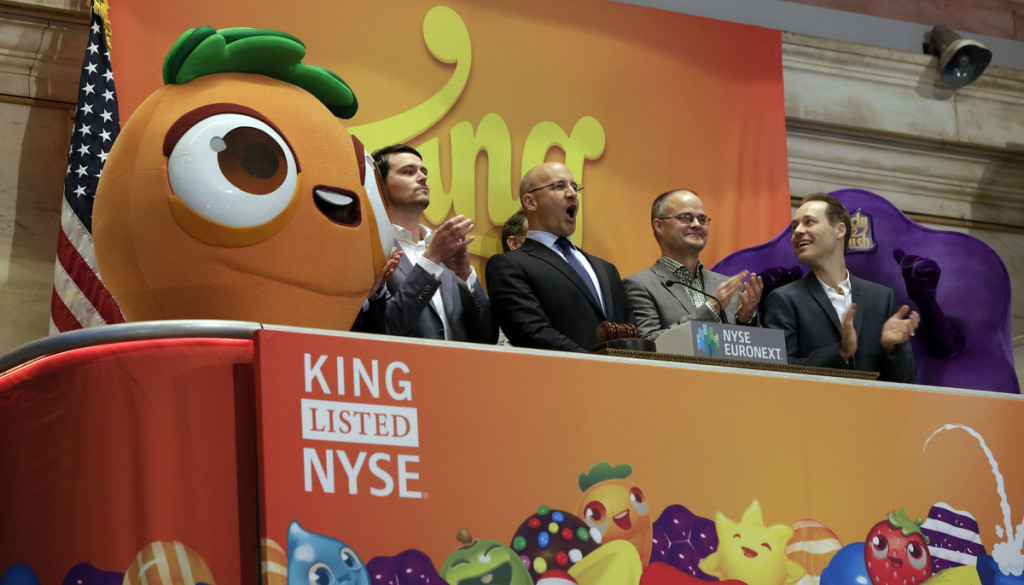 At the time, King executives attributed the slide to the games’ “maturing,” causing fewer occasional players to pay for special features.

Candy Crush Saga “had become a weight on King Digital that was hampering and would continue to hamper the company’s financial results. Accordingly, the price of the company’s shares was artificially and materially inflated at the time of the offering,” the lawsuit reads.

Whatever the outcome, Joost van Dreunen, an analyst at SuperData Research, said that the Candy Crush Saga saga should be a cautionary tale for anyone looking to make a quick buck in the mobile gaming boom.

“Whenever a company goes public, they do everything they can to look as appealing as possible. Given the frenzy around King at the time, it is possible that investors did not fully understand the company’s underlying economics and instead were blinded by the prospect of a fantastic return,” van Dreunen said. “Considering how young the mobile game space really is, it is not surprising that investors don’t have all the necessary experience and safeguards in valuing this type of firm. The only numbers that everyone really seems to trust are the numbers coming from the company directly. However, the notion that financial accounting among entertainment companies is transparent is naive. Making million dollar bets without any third-party data is just silly.”