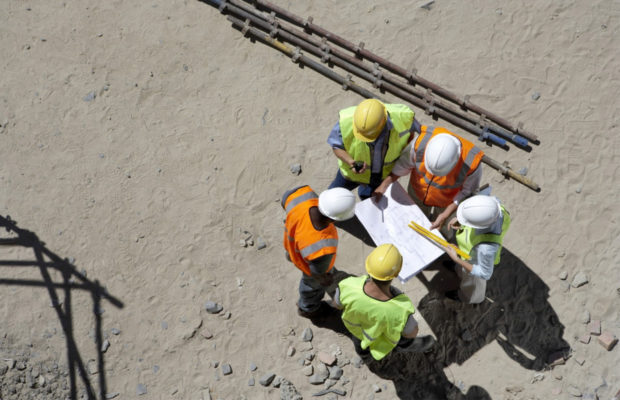 Today, there more humans on the planet than there has ever been in the past, and they all need some place to rest their heads, which means that the construction industry has never been more important. Of course, with so many people, the environment also needs to be taken into consideration, as do the natural resources, such as food and water, then we all need to meet the basics in life. Thankfully, technology is much bigger and better now than it has been at any time in the history of mankind, and there are countless new examples of construction tech that are helping to make the world a better place.

No longer are construction companies using technology for little more than help with invoicing, planning and organizing projects (although technology is extremely important in all these areas) – they’re using all manner of new innovations to keep the world and its people safe, secure and beautiful. Here are just some of the new construction technologies setting the world alight:

A company called Kite Bricks have developed a product known as Smart Bricks, which were clearly inspired by everyone’s favorite childhood contraction toy – Lego. However, these building blocks aren’t child’s play. In fact, they could completely revolutionize the construction industry as we know it! Smart Bricks are so interesting because they come complete with ‘knobs’ on their uppers, which construction workers are able to connect in exactly the same way that children connect their blocks of Lego. The bricks are held in position with rebar and it is possible to layer them if you want to create unique designs. Holding the bricks together requires the use of nothing more than some very strong double-sided adhesive, which means that homes can be erected from these bricks in very little time at all.

As if that wasn’t brilliant enough, the inside of any building created with Smart Bricks will have changeable panels, featuring various patterns, which means that you don’t even have to drywall or decorate the interiors, and the bricks are hollow, which means it’s easy to wire up the home, add pipes, etc. – what a time saver!

It is thought that smart bricks could cut the cost of construction by as much as 50 percent, and since housing is becoming less and less affordable in many parts of the world, this would be most welcome!

If you still think that graphene is going to be the next best thing, you’re living in the past! The future of construction now lies in the diamond industry. Professionals have been able to create diamond nanothreads, which are 20,000 times thinner than a single strand of hair and because diamonds are the strongest material on earth, using them in the construction industry will soon be inevitable. In fact, some researchers have suggested they could be used to create ‘space elevators’ which will one day enable us to go up into space for a visit!

If you work in the construction industry, you’ll know that it takes a lot of manpower and, not a small amount of money to pave just 100- square meters of road. In fact, the average construction worker will spend a whole day on this single task alone! So, you’ll be delighted to hear that a new invention – the RoadPrinter– is able to print up’ 500 square meters of road in a single day. This could increase productivity five-fold and cut costs dramatically if it was ever to be rolled out across the country. The way it works is by having between one and three construction workers feed the RoadPrinter loose bricks. These bricks are then pressed into a ‘carpet of road, that, thanks to a little help from gravity, will be pushed into position.

If local authorities and governments all invested in these electrically powered miracle machines, it is much more likely that our roads would be in condition, and they’d have much more money left on the budget to deal with other, more concerning problems as and when they arose.

Here in the Western world, we tend to make furniture and decorations out of bamboo, but it is actually one of the toughest, most flexible construction materials on the planet, and best of all – it grows extremely quickly. Because of its ability to grow extremely rapidly, bamboo is a renewable building material, which could revolutionize the way we all live in the future. In fact, in places like China, the grass is already being used to construct environmentally friendly bamboo buildings that can be put together using little more than bamboo rods and rope! These buildings can be put up and taken down with very little effort, which means that can easily be transported to where they’re needed and could well be the future of disaster relief.

One of the biggest problems architects and construction workers face is working out how to design them so that us humans can get around them efficiently as possible. This will only become more important as larger structures are created to cater for the growing population. Luckily, the tech heads have got out back, and they’ve already come up with one great solution – Cable-Free Multi-Directional Elevators. ThyssenKrupp – a German elevator company- has set out their vision for elevators which will use magnetic levitation technology to enable them to move in all directions. Their elevators would also enable multiple cars to travel up the shaft at the same time and, because magnetics require less energy, they would also help to cut carbon emissions and conserve energy. The company is only in the testing phase right now, but this is one idea that really has legs.

The United Nations believes that there will be around 9.6 billion people living on this tiny planet in just 33 years time. If we’re going to accommodate an extra 2.3 billion people in such a short space of time, we are going to need to think outside the box. In the years to come, if you’re a construction worker, you could be building vertical cities. Obviously, building upwards will help to combat a lack of space, while ensuring that we all have a safe place to live. Countries like the United Arab Emirates and China are already looking at building huge vertical cities, which will see everything from houses and shopping centers to places of work being built vertically in one location. Although the materials required to construct such cities will take up a lot of valuable resources, because people will be able to live, work and shop in the one location, they will have a much smaller carbon footprint, thus redressing the balance somewhat.

We all know that solar panels are great. They’ll save us money and help us to save the Earth, but they’re just so damn ugly! Those big, black clunky panels don’t do anything to improve the appearance of our homes and they often generate too little power to truly meet all our needs, too, which is why it is so exciting to hear that University of Alberta researchers have invented spray-on solar cell paint, which contains minute particles of phosphorus and zinc. When sprayed on the roof, this paint could provide all of the energy needs for the average family, and it won’t look ugly in the process! Let’s keep our fingers crossed they find a solution soon.

In many parts of the world, there has been an increase in the number of serious flooding incidents. This is probably because the planet is heating up and ice is starting to melt. The fact that there are so much more people and the infrastructure to support them, also means that there are fewer places for excess water to drain away. This is a potentially huge problem for the human race in the future, but one thing that could help to manage flooding is smart concrete.

Tarmac, a company based in the United Kingdom has produced a type of asphalt known as Topmix Permeable, which is able to soak up as much as 118 feet of water per hour, which works out at about 880 gallons per minute. Most normal concrete will only allow 1 foot of water to soak through per hour, so you can easily see how using this substance, which is created by tightly packing crushed granite together, could make all the difference.

When you think of Harvard, you don’t necessarily think of the construction world, but researchers at the prestigious college have spent a lot of time studying nature in order to benefit the future of construction. A team of researchers invested a whole lot of time into studying some of nature’s best builders – termites. The little critters are able to build massive structures without any central supervision, and they do this by simply bringing a piece of earth to the initial construction site. If that site is already blocked, they move on to the next. The Harvard researchers took this knowledge and used it to create the TERMES Project, which basically replicated the way termites build using little robots. It is thought that this technology could be particularly useful for building in dangerous areas or even in space.

The future looks bright for construction, and if you can get in first and invest in some of this technology before the competition, you’ll gain the advantage and help to make the world a better place – what’s not to like?

About Sandra: With over 9 years of search marketing experience, Sandra is cross skilled between PPC and SEO. Her experience in search spans across different verticals including Technology, Retail, Travel & Automotive.
Related ItemsConstructionTech
← Previous Story What Does A Software Developer Bring To Your Table?
Next Story → Metallic Glass Could Make Your Phone Indestructible