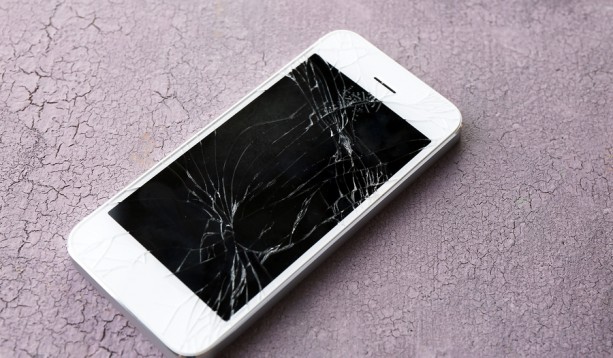 Smartphones have to travel around with us all day in our pockets, soaking up all the bumps and bruises along the way. And while smartphone might be robust, they’re not indestructible – yet. That’s not to say that companies haven’t been working hard behind the scenes to make their phones more durable. Companies like Sapphire and Gorilla Glass have largely solved the problem of scratching your phone with your keys as it jangles around in your pocket. Smartphones screens used to suffer death by a thousand cuts, with all the tiny scratches building up to completely ruin the aesthetic of the screen after a few months.

The website iThingum recently covered a new tempered glass protection system by SPARIN, a company that offers aftermarket tablet screen protection. It’s essentially a sheet of toughened plastic designed to prevent the screen from being scratched. But these protectors won’t stop screens from cracking following a crushing impact. Now though, there’s a move to make phones even stronger. Ever since phones became waterproof and got ultra-strong glass protecting their delicate screens, people have been asking more of them. It’s a similar chicken-and-egg process that’s been going on in the world of cars as automotive safety technology has gotten better. The more safe people feel in their vehicles, the more risks they’re willing to take while driving.

But phones are also expensive. It’s not unusual to drop $700 on a flagship handset. This is why companies are searching high and low for new technologies that will make their products stronger. That latest wonder material to emerge out of research labs is so-called “metallic glass.” It’s a new type of glass which is stronger than titanium but that is also elastic enough to be used on cell phone screens. A dropped phone will no longer hit the floor and crack. Instead, it’ll bounce back up again, like a bouncy ball.

The woman behind the new technology, Professor Veronica Eliasson at the University of Southern California says that the chemical structure of the glass is unique. It has practically no internal structure, she says, like glass. But there are tiny regions of the glass which are crystallized. She says that she doesn’t know what causes these crystallization regions, but it seems to have an enormous impact on the properties of the glass itself, making a large difference when it is under “shock loading,” and scientific way of saying “being dropped.”

It’s not just the front of devices that researchers think could be replaced either. There’s also the possibility that the currently aluminum back and sides of premium handsets could also be swapped out for new metallic glass.

To put into perspective how strong the glass is, researchers in Scientific Reports decided to fire a gun at it to see when it would crack and splinter. They found that the new material could withstand the force of a speeding bullet, traveling at more than 1,118 mph. The material was able to absorb more than fifty times the energy of stainless steel.

About Sandra: With over 9 years of search marketing experience, Sandra is cross skilled between PPC and SEO. Her experience in search spans across different verticals including Technology, Retail, Travel & Automotive.
Related ItemsSmartphoneSmartphonesTech
← Previous Story The Construction Tech That’s Changing The World
Next Story → What’s Stopping You From Getting Rid Of Your Tech? [Infographic]