5 Reasons To Buy A Tablet 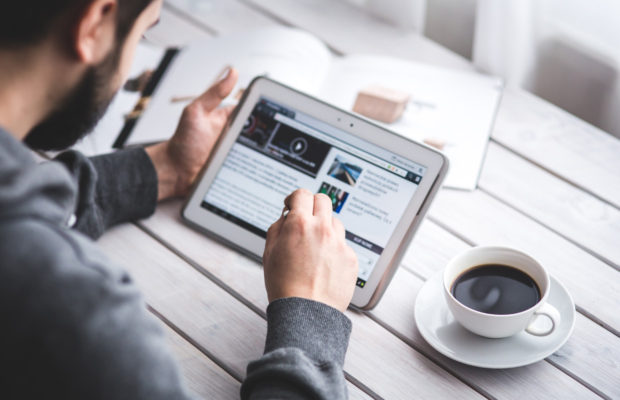 They’re not as powerful as computers, but they’re not as portable as smartphones either. So what’s the big appeal with tablets? You may have noticed them all over the place in recent years. Their appeal is widespread with business owners and young kids alike wielding them. Tablets aren’t just a passing fad – they have a place on the market and several unique purposes. Here are several reasons as to why people are keeping tabs on this trend and why you should get involved too.

A new tablet works out much cheaper on average than a new laptop, so if you want a portable work station but are also on a budget a tablet may be more suitable. Both Apple and Samsung have low-end models, not to mention countless other manufacturers if you’re not interested in big brands. You should also make use of seasonal discounts and digital vouchers such as Newegg promo codes that may be able to save you further money.

Their Size And Shape Is Ideal For Work-On-The-Go

Laptops need a surface to rest on. If you’re in a busy train carriage and there aren’t any seats, you can still get work done on the go by using a tablet. Whilst they can’t fit in your pocket like smartphones, they also have a much more suitable screen size for working on – pretty much the same as an A4 sheet of paper. This makes them much better than phones for sharing information such as documents and plans with co-workers and clients. You can even download apps to sign documents electronically, cutting out the need to carry around paper and pens.

Tablets are modeled off of most e-readers (and e-readers are developing more tablet functions making the two increasingly more blurred). Their size is perfect for reading. Unlike a laptop or desktop you can hold them in your hands like a book. Unlike a phone, their screen is big enough to comfortably read. E-books will also save you money opposed to paperbacks.

The tiny screens of smartphones make sharing holiday snaps and pictures with friends much more awkward. Tablet screens are bigger and feel much more like traditional photo albums. You can take pictures on tablets too, although they can be a little clunky and obstructing in situations such as concerts and sports events. That said, you can integrate all your devices so that you can take pics on your phone and view them later on your tablet.

Tablet screens are perfectly sized for watching movies in the back of the car or on-board a train (although you may want headphones in this situation). If you’re camping you can even watch a movie in your tent. Spice up those regularly dull journeys by downloading a couple films onto a tablet – it may just be a useful way of keeping the kids occupied on long road journeys.

About Sandra: With over 9 years of search marketing experience, Sandra is cross skilled between PPC and SEO. Her experience in search spans across different verticals including Technology, Retail, Travel & Automotive.
Related ItemsGadgetsLaptopsTablets
← Previous Story Amazing Techy Bits You Can Use To Enhance Your Life
Next Story → Top Tech To Get Your Kids Outside