Top Tech To Get Your Kids Outside - TechGeek365

Home / Gadgets / Top Tech To Get Your Kids Outside

Top Tech To Get Your Kids Outside 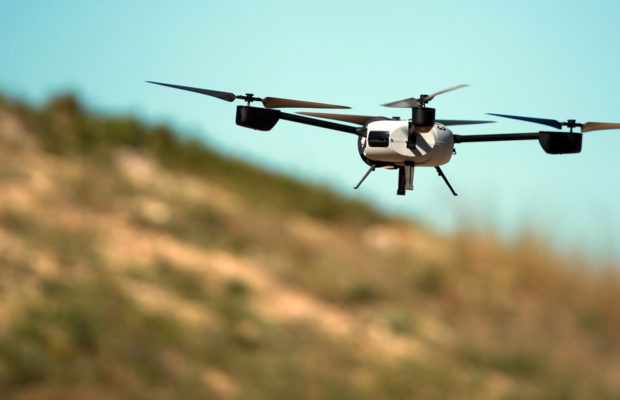 February is here so, if we take in buying time and delivery time, by the time your next gadget arrives from wherever it is you buy your gadgets online, it will be spring and that means it is time to get your kids playing outside again. Don’t get us wrong, we love winter. We love all the gadgets we get to explore over the festive period, the gadgets we get to give and receive, things like wine aerators and wireless heating controls and watching films through VR headsets. It’s an excuse to be lazy and entertained. But kids can go stir crazy, and that can in turn drive you hysterical. So now is the time for you to start looking for gadgets that will encourage them to explore and enjoy the great outdoors once again.

Ever since Back To The Future burst onto the big screen way back when, we have been obsessed with the idea of hoverboards and, while the hoverboards we can now buy don’t hover, they are not a bad alternative. They’re good enough to get your kids outdoors anyway and that is because this generation of hoverboards is simply amazing. As with anything, the early gen stuff always has it’s niggled. But now they have been around for long enough that those niggled have been polished and re-polished. However, after a long winter inside, kids may be reluctant to venture into the fresh air once again and that means they will look for any excuse. Don’t give them room to wriggle. Instead, buy an off-road hoverboard, something like the Off-Road Cruiser. No longer are users limited to newly laid tarmac or AstroTurf for they can now go anywhere. Bigger and sturdier than their flatland counterparts, the off-road cruiser is multi-terrain and is capable of taking on some of the most lumpy, bump and uneven surfaces out there (if your balance is good enough that is). But just because it is bulkier and higher doesn’t mean it is any less awesome. It still cruises at 9 mph, it still charges quickly, it still has a long-life battery and it still has motors that produce 350 watts. Your kids will be desperate to get outside.

When we played kids, we would watch films that had night-vision goggles in, then run outside and have to use our imaginations to pretend we could see the ‘enemy’ in the darkness as we played soldiers. But pretend play is no longer necessary because there are some seriously incredible options on the market nowadays. What’s more, these things are packed full of added extras. They use digital night vision, have electronic viewfinders, LED viewing, amazing range, zoom buttons and the ability to take photos and videos, with an inbuilt storage capacity of 32gb. That’s the same as an iPhone. And there is no better time to buy than now because it is getting a little bit warmer and yet the night still closes in early, which mean they can’t use their goggles as an excuse to stay up late.

It may still be a little too nippy to go swimming outdoors, but that doesn’t mean they can’t explore what goes on below the water’s surface. The RC world has seen a sudden boom in flying tech, just look at the world of drones, but there has been sublime expansion into the submarine market too. Spy cams have been developed that offer users the chance to explore for half-an-hour using high resolution cameras and controls that allow you to move in six different directions. What’s more, these can take photographs and video recordings too, and you’re not even limited to shallow depths or daytime playing because they have amazing LED lights counter the dark. So if you’re child is over the age of 5, then get in on this outdoor explorer.

You may think we are going to talk about drones, which we are briefly in the sense that we are going to tell you that drones are awesome. However, we are also going to warn you that decent drones are super expensive. Do you want a new drone or a new car? Exactly. But that doesn’t mean your kid can’t enjoy the skies for a fraction of the price. The increased ability of drones has also brought about an epic rise in the tech used by other Quadcopters. The great thing about these is, if you are new to flying, you can quickly get the basics down before moving up to bigger more expensive ones. Better to crash a small and cheap copter than a drone that costs over a thousand bucks. Obviously, though, there are so many Quadcopters to choose from and that can mean spending hours browsing the internet in the same way you browse Netflix. As such, just go here https://skilledflyer.com/best-mini-quadcopter/ and see what is on offer.

Films and television are so good these days you almost feel bad that your kids are going to miss their favorite Netflix shows because you’re forcing them outside. But what if you could get them to enjoy the outdoors and not risk a major break down. Well, why not get yourself a mobile projector, an outdoor movie screen and a canopy bed. What more could any child want. In fact, what more could any person want regardless of age? A movie theater in your backyard is a surefire – and we really mean sure fire – way of getting your whole family to spend quality time together while enjoying the great outdoors.

Of course, if these all fail to move their eyes away from their tablet there is always the ultimate outdoor gadget; an inflatable assault course. Someone great has designed an 85-food inflatable assault course that challenges its users to take on some military style obstacles, inclusive of portholes, hurdles, lasers a rope swing and a climbing hill. Come on. Who’s ever going to go back inside ever again? You’ll forget what color your living room is within 3 minutes.

About Sandra: With over 9 years of search marketing experience, Sandra is cross skilled between PPC and SEO. Her experience in search spans across different verticals including Technology, Retail, Travel & Automotive.
Related ItemsGadgetsTechTechnology
← Previous Story 5 Reasons To Buy A Tablet
Next Story → Arist: Your Personal Barista In A Coffee Machine