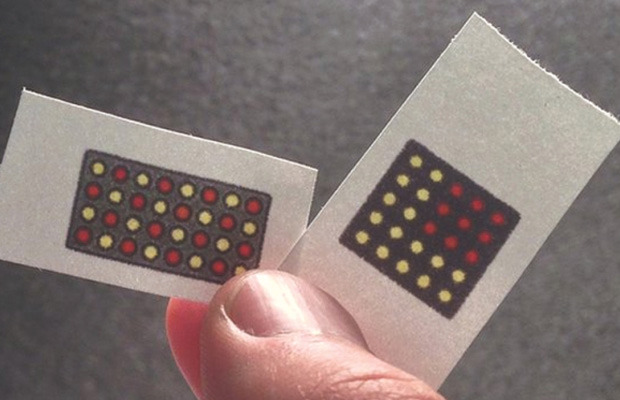 A team of researchers from Harvard and Boston University have invented a remarkably well-developed new screening technology that could allow quick, cheap, portable, and accurate testing for Ebola — and most other diseases, too. By freeze-drying a complex array of molecular components to paper, they can test for a wide array of possible diseases, all on one card. This isn’t a pregnancy test, with a single on-off decision to make, but it follows pretty much the same logic: apply the sample, wait nervously, interpret result. That ease of use could, in and of itself, save thousands of lives in Africa and beyond.

Ebola, like all colloquial disease names, is an umbrella term that encompasses many specific strains running through different parts of the world, along with every historical strain we’ve ever endured. That being the case, testing for “Ebola” can be problematic, both because your test might not pick up a particular strain, and because a positive result still might not tell you the specific disease you’re facing. But by arranging a pattern of small, specific experiments in a matrix, the overall pattern of yes-no responses can communicate quite a bit of data indeed. We might imagine a wide-ranging test with very general responses to the ten most common diseases in the region. Whichever disease you have would dictate the next, disease-specific test that would show the specific nub-type of the disease you’re carrying. 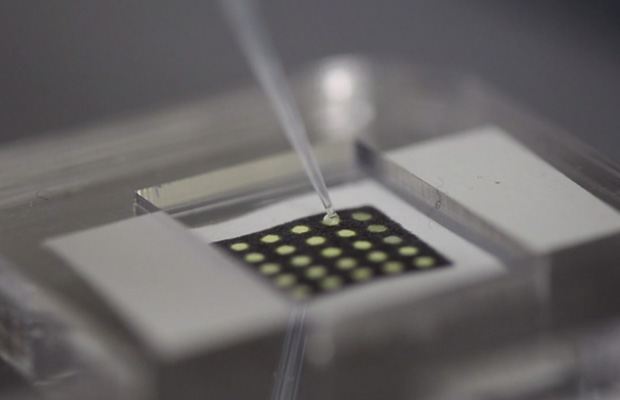 But how does it work? Synthetic biology is the practice of creating and using life or the machinery of life, from scratch, and in the past it’s almost always come in the form of an engineered bacterium or yeast cell. These scientists have essentially blown up the cell, collected all the machinery inside, and embedded that machinery in the fibers of ordinary, stiff paper. Basically, they took the protein-building apparatus from the cell and splayed it out in a  line — RNA molecules bind to (recognize) specific genetic sequences (disease markers) in the patient’s  ample and activate associated ribosomes (protein constructors). When activated, the ribosomes produce a protein that’s visibly red, changing the color of the dot.

Note that the only thing that needs to change in this setup is the RNA marker — meaning it’s relatively easy to create a complex array of different detectors on the same piece of paper. Thus, the color pattern tells the real tale — and by arranging dots that test for a single disease in sensible shapes (lines, exes, boxes, etc), you can make the test easier to interpret in exchange for reducing the maximum number of diseases you can test for.

The core innovation here is actually the freeze-drying process; color-coded chips testing complex samples for genetic sequences is not new, but doing so cheaply and easily in the field certainly is. Rather than requiring careful lab procedures, these carefully dehydrated paper-bound samples can be stored for a year or more, snapping right back to life with just a bit of water added. And since they produce a visible result within just a couple of hours, they could be used for large-scale testing of whole populations.

Of course, there are downsides to this technology as well. Most obvious of those is the fact that these tests are made of paper; while the freeze-dried samples certainly keep well, they probably won’t hold up so well to the tough and moisture-filled world of modern world health efforts. There has been a number of possible savior-tests in the past, and they have tended to fall down on their practical merits, more than their scientific ones. Testing paper may be one of the most user-friendly options ever created — but it’s still likely a stepping stone on the way to a truly all-seeing test for disease.