It isn’t always easy to take the sharpest selfies or best panorama shots. Even with better smartphone cameras, higher resolutions and optical image stabilization, the rest of our equipment — our own hands and arms — is shaky and inconsistent. DJI, though, thinks it has a solution: a handheld, fully stabilized 4K camera called Osmo. 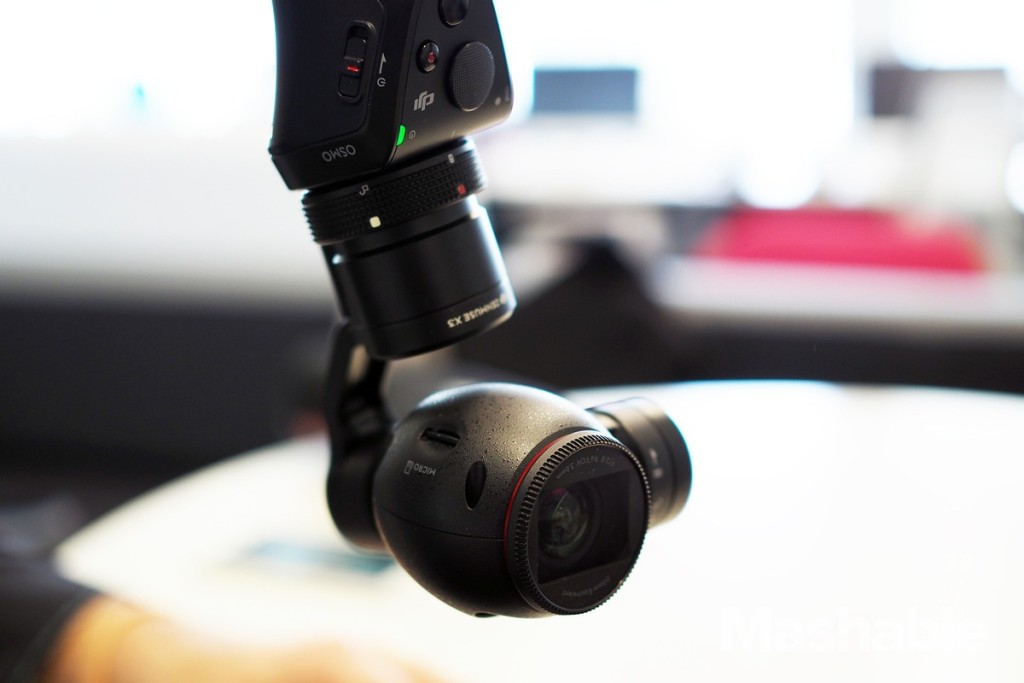 DJI may be best known for its line of pro-sumer drones, which feature, naturally, high-resolution cameras and gimbals on their bellies. This lets them take stunning, smooth video while buzzing along hundreds of feet up in the air. Osmo is essentially that gimbal system brought down to the ground and into your hand.

Osmo looks like a stunted monopod, but it actually includes a 12-megapixel, 4K camera in a circular housing that rests on the gimbal system. Under that is a grip that includes controls. No matter how you move the pole, according to DJI, the camera remains level. It also includes a side-mount for smartphones so they can act as your view finder and offer access to all of the Osmo camera’s controls.

You can also hold Osmo so it faces you for the ultimate steady selfie. The Osmo unveiling video shows one guy filming himself as he runs like a madman through water. Yes, the shot is super smooth (and the guy got super wet). 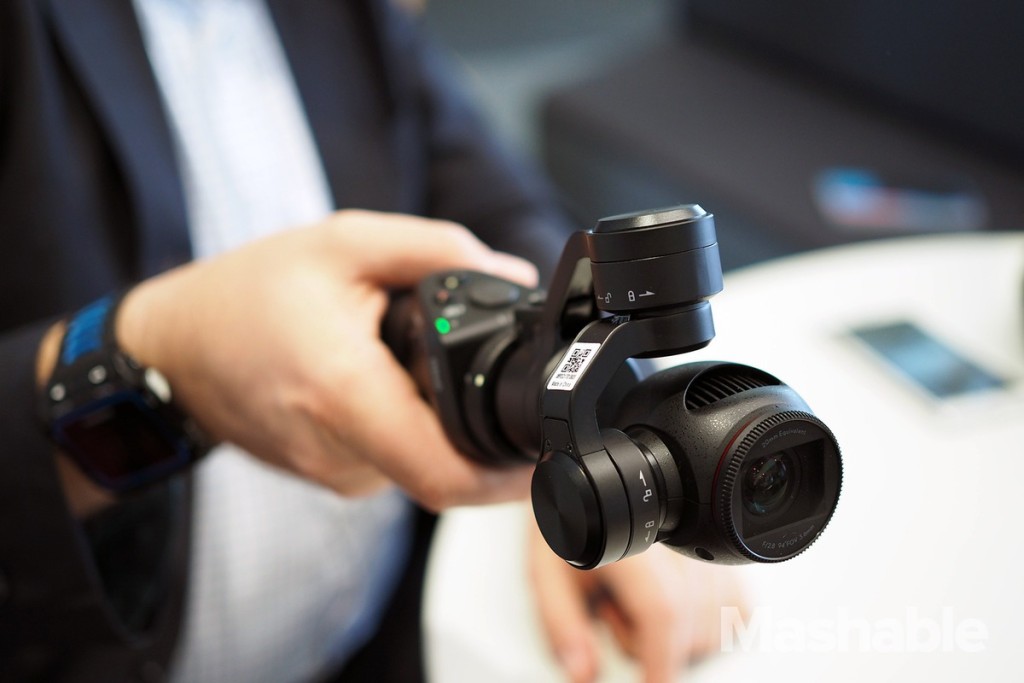 The camera is, more or less, designed to replace the one you have on your smartphone, even if your phone already takes 4K video and can handle panoramas. Osmo has the 4K covered and will automatically shoot panorama when you take a picture, but instead of you moving, the Osmo camera head automatically pans and takes a, the company claims, perfectly level set of photos that it then stitches into a panoramic shot. Osmo can also shoot slo-mo video, which should benefit from the gimbal stabilization, but it’s only at 120 fps. An iPhone 6S plus will shoot at 240 fps, but only offers digital stabilization.

The camera also comes with a universal mount to work with optional tripods, extension rods (think of the selfies!) and bike mounts.

How you view the $650 price tag probably depends on your interest in shooting pro-sumer level 4K video and your commitment to the ultimate selfie. Osmo starts shipping on October 15.