By Phil Hackworth on August 12, 2016@AllGadgetNet 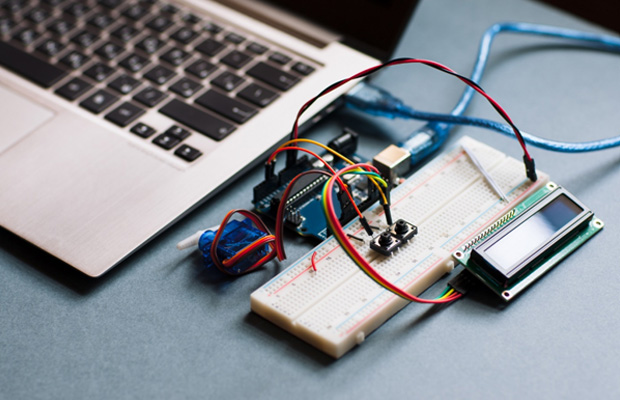 Since its inception in 2009, Kickstarter has revolutionized the method that companies and individuals use to fund the creation of new projects. Through the power of crowdfunding, Kickstarter has allowed creativity a means to become a reality.

Among the many categories of projects that Kickstarter helps to crowdfund are technology products. Like any other project, after giving creative rise to the concept of a new product, a technology project must go through two distinct overarching phases. First, designing and structuring the Kickstarter campaign in order to achieve sufficient interest and funding from the public. Second, the actual manufacturing and delivery of the product once it is funded. It is in this second phase that electronic projects face a unique set of hurdles.

The first phase requires adhering to a few common sense best practices for setting up and managing a Kickstarter campaign. This process should start weeks, if not months, in advance to actually launching your Kickstarter campaign. Having an e-mail list of potential prospects that have a high probability of being interested in your project is one of the strongest pre-launch efforts that can done. This helps to generate buzz before the launch, which in turn increases your chances of achieving a “fast-start” at launch. Projects that receive solid bursts of initial funding at launch have improved chances of being featured more predominantly on Kickstarter, thereby increasing the amount and pace of additional funding.

Other pre-launch tasks should include determining what the funding goal should be, the length of duration for the campaign (a maximum of 60 days), establishing reward levels for those pledging funds and the crafting of the all-important set of campaign assets. The latter is comprised of what the majority of the public will associate with your project. It is the product description video and the content of the campaign page. It is, in essence, what tells the story of your product and what inevitably convinces prospective pledges from funding or passing on it.

For technology projects, prototyping also becomes an issue that must be addressed at the pre-launch stage. Kickstarter requires a functional prototype in order to launch a campaign. For those new to prototyping, this will be the first time that they will encounter the nightmare than can be involved with Kickstarter manufacturing when relying on traditional sources.

Once the project has met its minimum funding goal, attention and focus shifts to delivery and fulfillment. This places technology and electronic projects at a serious disadvantage compared to other Kickstarter funded projects. Nearly every electronic device will require the use of a printed circuit board (PCB). This brings with it all of the problems inherent to PCB manufacturing.

While Kickstarter applies a “new school” mentality for funding projects, traditional PCB manufacturing and prototyping services tend to follow an “old school” philosophy. This creates a terrible clash of business models. It has led to many a successfully funded Kickstarter project from failing to deliver in a timely or cost effective way the product that they had worked so hard to bring to market. It is estimated that 75 percent of technology products on Kickstarter fail to deliver on time. Many also experience cost overruns associated with manufacturing.

Modern Kickstarter manufacturing companies offer their clients near instantaneous quotes, have no minimum order requirements (excellent for prototypes and initial low volume order fulfillment), and offer a streamlined process from the design stage through the manufacturing stage. The latter allows for PCB designs to be digitally uploaded and for material management and corrections to be handled, likewise, online. It can literally be identified as a cloud-based form of manufacturing.

The most efficient Kickstarter manufacturing companies handle their manufacturing process onshore and use in-house assembly methods to further prevent needless delays in delivery. Post-manufacturing tasks, such as physical inventory storage and management, along with order fulfillment, packaging and shipping can also be handled by these companies. They offer to their clients a real push-button solution that covers the complete gambit of PCB manufacturing — from assembly to shipping. As such, fulfilling delivery date goals becomes a nearly effortless task.

By using Kickstarter in conjunction with a modern Kickstarter manufacturing service, the power of the cloud is captured at both ends. Funding is optimized up front, while manufacturing and delivery is equally optimized at the back-end. A true win-win situation for every step along the iteration trail.