Home / Social Media / Facebook Just Added Encryption To Its Messenger App, But It’s Not As Private As You Think

Facebook Just Added Encryption To Its Messenger App, But It’s Not As Private As You Think 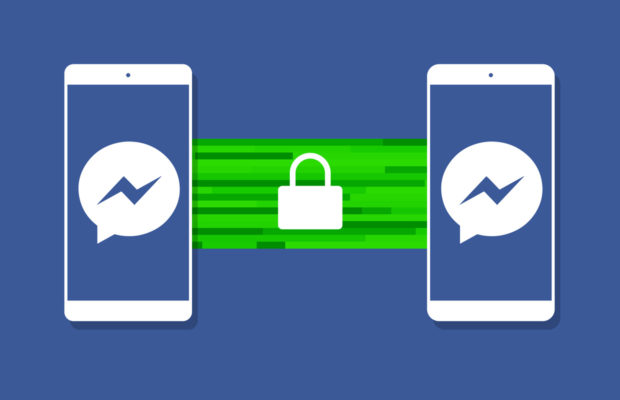 Facebook has officially rolled out end-to-end encryption to all users of its Messenger platform through a new feature called Secret Conversations. This feature will allow the nearly 1 billion users of the platform to protect their chats from outside eyes, and set them to self-destruct.

The new feature is based on the Signal Protocol developed by Open Whisper Systems, which is also what powers the encryption behind WhatsApp and Google Allo. However, Allo recently came under fire from Edward Snowden, who took to Twitter to urge his followers not to use the messaging platform.

It’s important to note that, while encryption is available to all users, it is an opt-in feature. That means that it won’t be turned on by default; rather, the user will have to enable it. Thankfully, it’s a pretty simple process.

First, it’s important to understand how it works. Both the sender and the recipient will have a device key to verify the encryption. But, just because you have sent the message with encryption doesn’t mean that the recipient won’t share it with others via a screenshot or by other methods. Make sure it is someone you trust.

To turn on Secret Conversations, start from the home screen on the Messenger app, and tap the icon to compose a new message. In the top right corner of the screen, you will see the word “Secret,” which you should tap. Then choose who you want to send it to, and compose your message. If you want to set a timer, tap the clock icon in the text box portion of the message and set it for the amount of time you want the message to be accessible by the recipient.

Currently, the feature is only available on the iOS and Android versions of the app, and the encrypted messages will only show up on the devices used to create and open the messages, according to the Facebook Help Center.

When you are looking at your conversations, the ones with a padlock icon next to the name of the person you’re communicating with are the Secret Conversations. But, these conversations have some limitations.

What’s interesting is how easy it is to bypass the encryption. According to Facebook, a user can report an encrypted message if they believe it goes against Facebook’s Community Standards. And, if a message thread is reported, “recent messages from that conversation will be decrypted and sent securely from your device to our Help Team for review. We won’t tell the person you’re talking to that you reported it.”

Those violations can include “bullying or harassment, threats, and sexual violence or exploitation.” Also, even if a conversation has been set to self destruct or disappear, Facebook can still access it if it is reported. This is an interesting take on encryption and privacy, to say the least.

The 3 Big Takeaways For You Guys

I Write Things.
Related ItemsAlloAppleEncryptionFacebookGoogleiMessageMessengerSecuritySocial MediaWhatsapp
← Previous Story The Dangers Of Social Media For Small Business
Next Story → WhatsApp Catches Up To Facebook’s Other Chat Apps With GIF Support