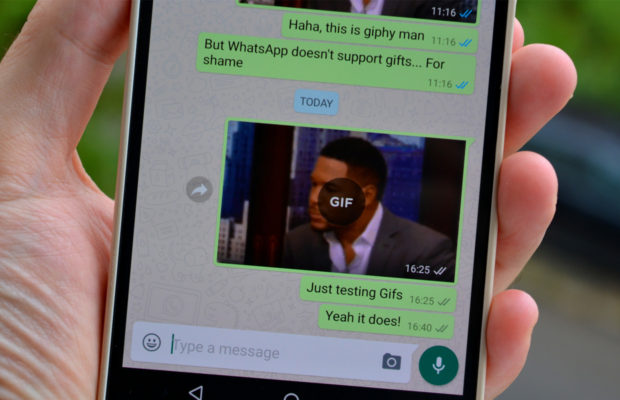 WhatsApp is slowly creeping toward a more Snapchat-like future.

The messaging app, which rarely adds new features, added GIF support to its app Wednesday. The app now lets you browse and share GIFs from Giphy and Tenor and convert your video clips into GIFs within conversations.

The update is out now on iPhone and “coming soon” to Android, according to the company. The new GIF search features appear in the “photo and video library” section of individual and group chats.

After you choose a GIF, you can opt to trim it down or add text, doodles or emoji. Alternatively, you can convert video that’s six seconds or shorter into a GIF when you share it within a conversation.

Though simple, the GIF creation tool is actually pretty handy and makes sending GIFs about as easy as sending a photo on Snapchat, which is probably the point.

The update comes as WhatsApp, typically slow to add new features, appears to be moving toward the more Snapchat-like experience Facebook is embracing across all its apps. WhatsApp also appears to be testing its own version of stories, which was controversially added to Instagram earlier this year.

I Write Things.
Related ItemsFacebookFeaturedGIFGiphySnapchatSocial MediaWhatsapp
← Previous Story Facebook Just Added Encryption To Its Messenger App, But It’s Not As Private As You Think
Next Story → Free Whatsapp Video Calls Are Finally Here