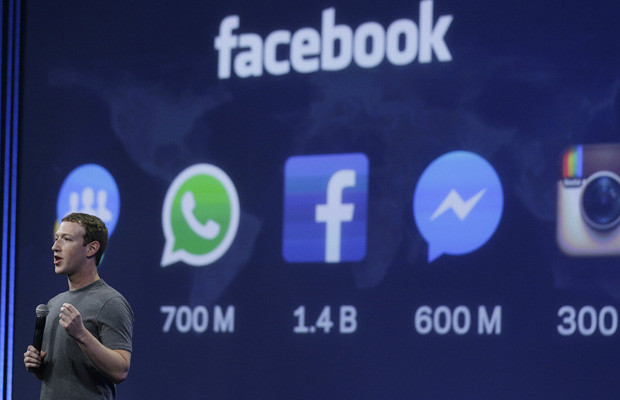 In its first quarter earnings call Wednesday, Facebook CEO and cofounder Mark Zuckerberg revealed that the social network now serves more than four billion video views a day, 75% of which come from mobile.

One thing worth keeping in mind: Facebook defines a video “view” as watching only three seconds or more, which is a blink-and-you’ll-miss-it metric for videos that play automatically. Other platforms, such as YouTube, require users to linger much longer on a video before it counts as a “view.”

Facebook declined to spell out exactly how much advertising revenue is coming from its videos, but executives repeatedly stressed just how much marketers flock to video generally.

“Video is a big opportunity for us,” Sheryl Sandberg, Facebook’s COO, said on the call. “We’ve always believed that the format of our ads should follow the format of what consumers are doing on Facebook. The fact that there is so much consumer video, that gives us the opportunity to do more marketing video as well. It’s still early days and we are focused on quality.”

Facebook’s overall business results were more mixed, at least in Wall Street’s eyes. The company reported a small and very rare miss on revenue expectations in the first three months of the year.

Facebook posted earnings of $0.42 per share, beating the consensus estimate of $.40 a share among analysts polled by Thomson Reuters. The company fell short of what the analysts expected of its revenues — a lofty $3.56 billion —landing at $3.54 billion for the first quarter of the year.

That shortfall, combined with hefty expenses, caused Wall Street investors to push Facebook stock down by as much as 3% in after hours trading.

Despite missing analyst estimates, Facebook revenue climbed more than 40% from the same quarter a year earlier, largely because of its successful transition into making money from smaller screens. Advertising revenue from smartphones and tablets accounted for 73% of Facebook’s total advertising revenue for the quarter.

Facebook’s expenses surged by 83% year-over-year, driven in large part by stock compensation for employees and the company more than doubling its investment in research and development for the quarter to about $1 billion. The number of Facebook employees shot up nearly 50% year-over-year to more than 10,000, much of which is dedicated to the R&D side. 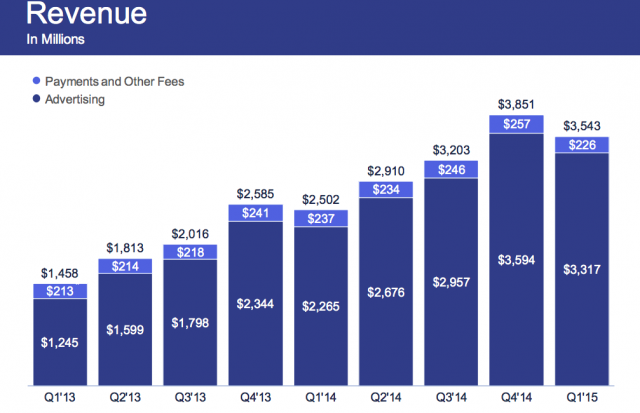 Throughout this year, Facebook has moved forward with a range of money-making strategies, including boosting the prominence of videos in the News Feed, more ad targeting tools and a payments option for Facebook Messenger, an application with more than 600 million users.

In advance of Wednesday’s earnings report, analysts were eagerly waiting for Facebook to provide more details on the progress of these monetization efforts and particularly video advertising, with its potential to draw in TV ad dollars.

“The Facebook family is starting to gel, and we’re getting a better idea of how the company’s various properties are coming together,” Debra Aho Williamson, an analyst with eMarketer, said in a statement prior to the earnings release. “It will be important in coming quarters for the company to start to show how much momentum it’s gaining in video advertising and off-Facebook ad targeting.”

I Write Things.
Related ItemsBusinessFacebookMark ZuckerburgSocial Media
← Previous Story America Leads The World In Cake And Meat Emojis
Next Story → Emojis Are About To Take Over Instagram