Farming Feats: How Tech Is Changing The Face Of Agriculture 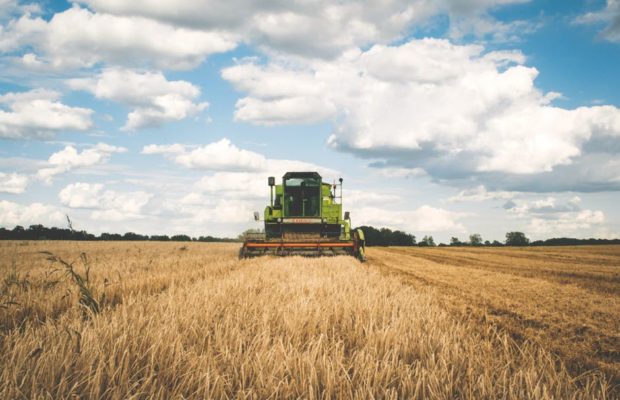 Technology has swept the planet like locusts, having an impact on every single industry imaginable; including agriculture and farming. In fact, the impact tech is having in this area is astounding, almost more so than any other business type. It’s not just the money-saving side of things either because tech is allowing farmers to become that much more sustainable, and here’s how:

Yeah, it isn’t just cars that are getting the driverless treatment. Last year, the big tractor manufacturer, New Holland, announced they were working on driverless tractors. This will be a huge leap forward, as the farmer will be able to program a route that the tractor should navigate, while they can set to and manage other aspects of the farmer, possibly even from the cab. This will mean much-improved precision and better use of resources.

There are big strides being made in this area, which has partly been a result of those droughts, which have hit farmers hard in recent years. The big company is this realm is CropX, which have developed sensors to detect the moisture levels of the soil, as well as temperature. This allows the farmer to create a bespoke irrigation system, improving their sustainability by allowing them to better control where and when water is applied.

Farming is all land-based. In fact, more and more farmers are launching stock ponds, hatcheries and holding systems, all of which require a lot of care and attention, not least of ensuring they have an oxygen-rich environment. That is where digital oxygen flow measurement has increased both their efficiency and sustainability by improving the feed conversion, thus lowering the feed bill. The efficient and controlled transfer of oxygen to the rearing water has been especially successful regarding farms that produce trout and salmon.

The first manufacturer to go down this route in the farming world was, of course, John Deere, who started installing it on their tractors over 15 years ago. Not only has this helped farmers with mapping and being able to work in conditions of low visibility – such as rain, fog, and dust – it also allows soil sampling and crop scouting. This allows farmers to up their productivity, their precision, and their efficiency.

For humans, wearing wearable fitness trackers are all the rage, and this is the case with cows now too. This isn’t so much for a good old jolly and because farmers can, it is actually to help them check the health and comfort of their herds, and then make adjustments accordingly. Checking vitals such as their temperature, movement, activity, sleeping patterns, eating habits, gait and everything else, all allows the farmer to make a much more informed decision. So, yeah, in a roundabout way, tech is also having an affect on what we eat. Of course, it isn’t Apple who have leaped into this realm of business (although they will probably take over). It is, in fact, an Indian tech startup called StellApps, and their business is very niche. Yeah, they make wearable tech for cows and nothing else. Laugh all you want, it is a big business.