The Ford GT Is Back, And Looks Incredible - TechGeek365

Home / More + / The Ford GT Is Back, And Looks Incredible

The Ford GT Is Back, And Looks Incredible

The new Ford GT had its world premiere in Detroit on Monday at the North American International Auto Show, and it’s more powerful than ever.

Ford’s storied GT models are among the car manufacturers most famous. It’s been nearly a decade since the last GT, but it’s been worth the wait. It packs a 3.5-liter twin-turbo V6 that produces more than 600 horsepower, according to the company, making it one of Ford’s most powerful and efficient engines ever.

More immediately obvious, of course, is the car’s sleek design. The sporty blue vehicle has vertical-opening doors and is designed with aerodynamics in mind, making the car ideal for racing. To further up the racing-friendly ante, the vehicle’s also mostly comprised of lightweight materials, like aluminum and carbon fiber.

It has 20-inch wheels and a F1-steering design. The car will also integrate with Ford’s recently rebranded Sync 3 car connectivity system, ditching the none-too-loved MyFord Touch namesake, as well as Microsoft software (opting for BlackBerry instead).

This particular model will go into production in late 2016 and will hit “select global markets.” No details are available yet in terms of price, but it’s not expected to be cheap. The car is one of 12 new Ford vehicles that are slated for the road by 2020. 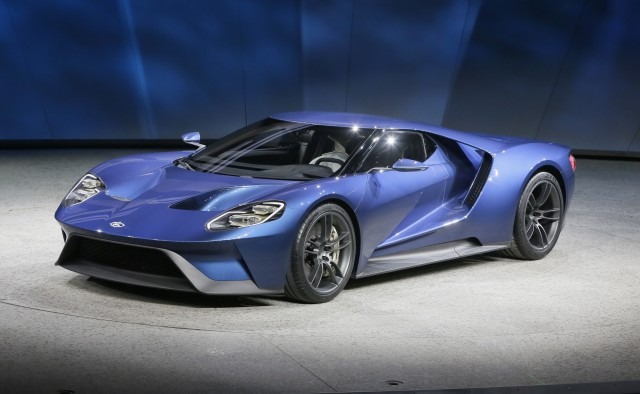 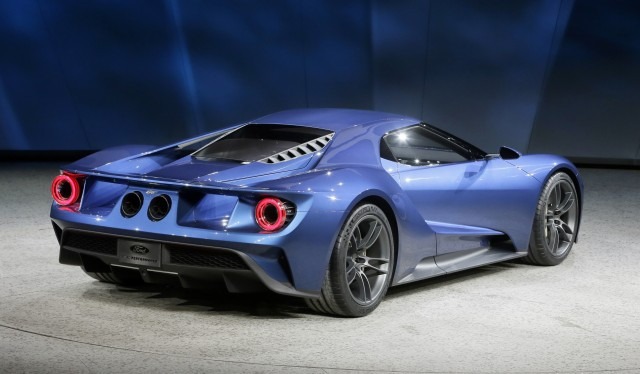