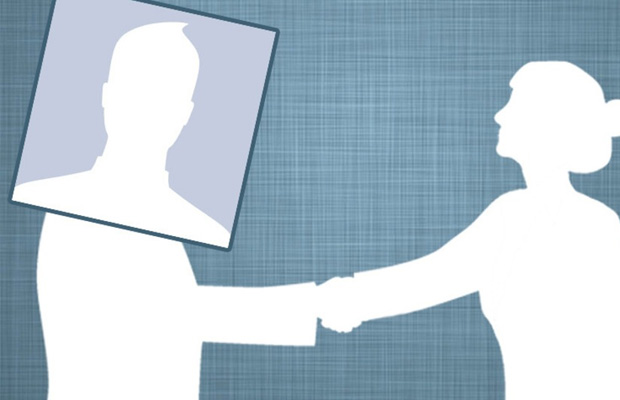 When ChadMichael Morrisette, now 34, was in junior high school in Alaska, he was bullied by so many people that he couldn’t name only one.

“The entire football team bullied me,” Morrisette told Yahoo Parenting. “It wasn’t one guy, it was six or seven guys who would follow me in the hallways, harassing me, insulting me, threatening my life.”

Morrisette is now a visual designer and brand consultant in Hollywood. But he was reminded of that past life — two decades ago — when he received a Facebook message from Louie Amundson, one of Morrisette’s former tormentors, on May 5. Amundson was reaching out to make amends after he said his daughter asked if he’d ever bullied anyone. 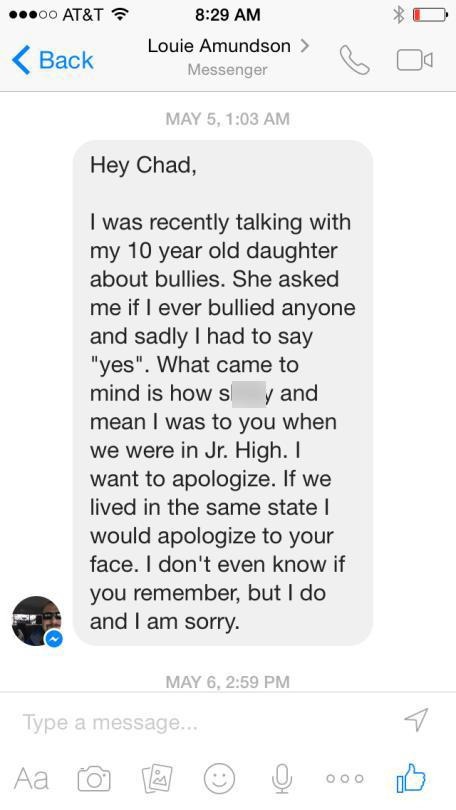 “It unlocked something in me I didn’t realize I’d been holding onto,” Morrisette said. “I cried a little bit. It was so moving.”

Morrisette told Amundson that all was forgiven. 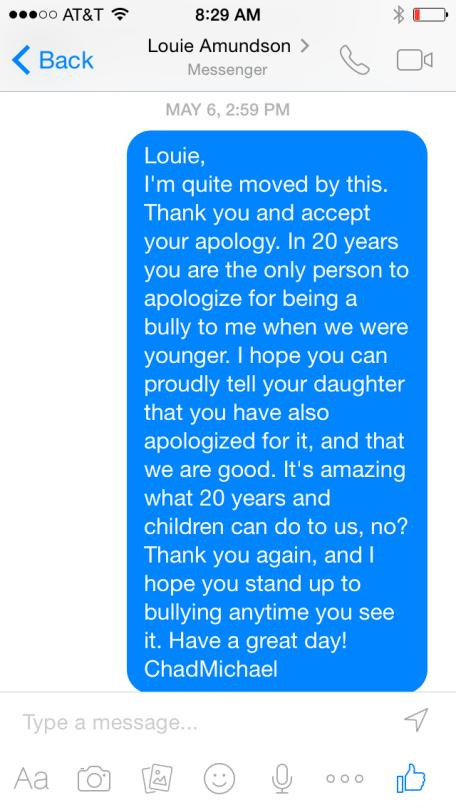 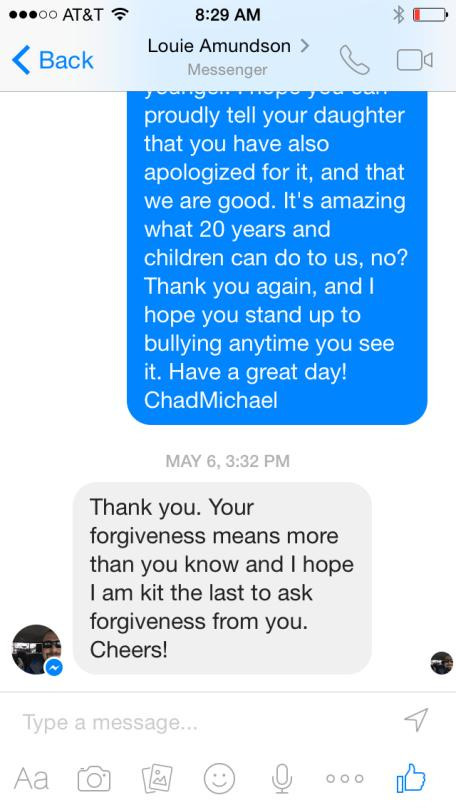 Amundson told Yahoo that he was touched by Morrisette’s acceptance. “I owed him that apology, he did not owe me his forgiveness. The fact that he was able to forgive me showed that I may have been the bigger kid, but he is the bigger man.”

“Being bullied as a kid instilled a strength in me that I carry with me (as) an adult,” Morrisette said in an email. “I can view it as me being a victim, or turn that around into … experiences (which) made my self worth stronger. I learned how to push through experiences that, at the time, may have seemed unbearable or unsurmountable.”

Whether through Facebook or in person, it’s never too late to apologize for one’s actions.

“I didn’t realize I had been and still was so hurt by those past experiences until Louie reached out to apologize,” Morrisette wrote. “His apology released a lot of pain I had buried.”