This brings new meaning to the phrase “hot ketchup.” 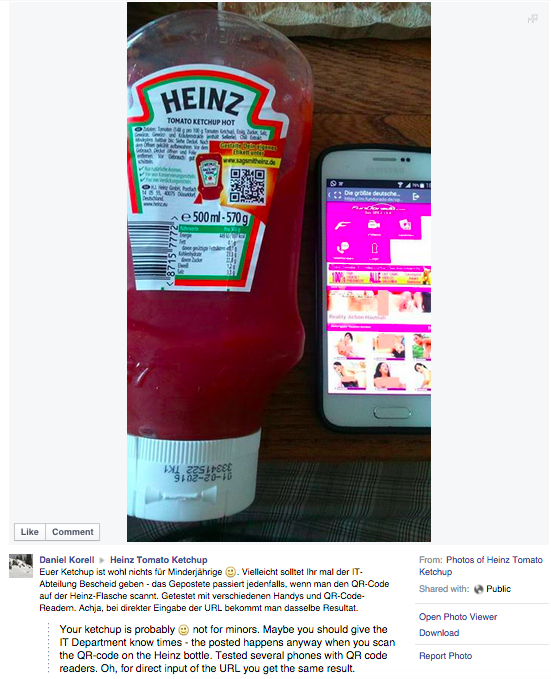 Korell wrote to the company on Facebook, saying that their product was “probably not for minors.” According to his post, he tried the code on several different phones and even wrote in the website’s URL manually — all to the same result.

Heinz apologized for the code in the comments, but noted that Korell’s bottle was a “remnant” of a previous campaign. Apparently, Heinz discontinued their ownership of the web address after that particular campaign ended in 2014. 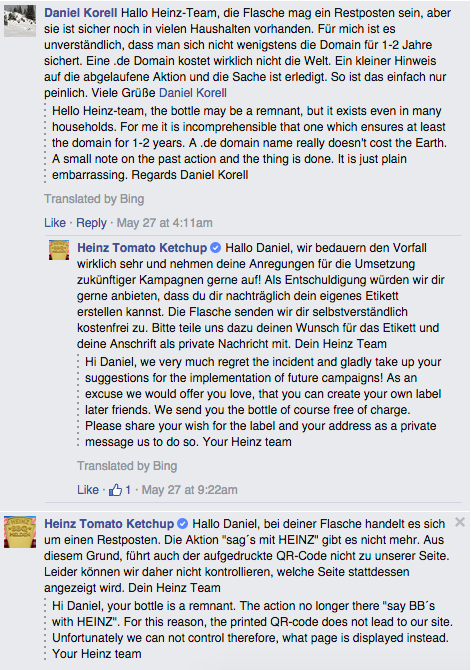 Korell pointed out that even though the campaign is ended, plenty of bottles are still in people’s homes. “It’s incomprehensible that [Heinz] didn’t reserve the domain for one or two years. A .de domain name really doesn’t cost the Earth,” he said on Facebook.

Heinz offered Korell a much more SFW designed bottle for free and, perhaps sarcastically, told him that the company would “gladly take up [Korell’s] suggestions for the implementation of future campaigns.”