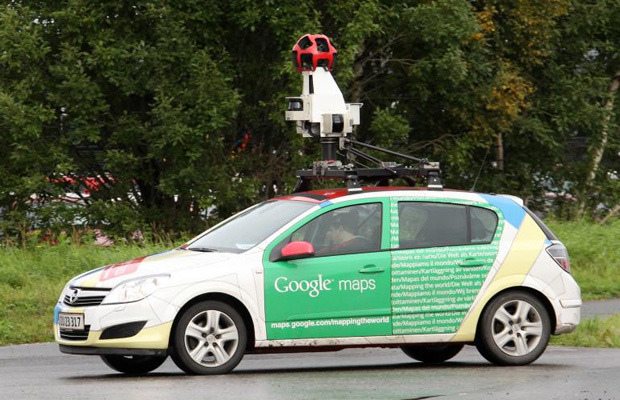 The incredible technology behind and extreme usefulness of Google’s Street View service has helped skyrocket its popularity into the stratosphere. It’s not just to help familiarize yourself with a new neighborhood or to facilitate directions anymore — you can check out frozen tundras, see what your block would look like if humans go extinct, explore video game worlds, and even get in trouble for playing murder pranks on the Google Street View car. A fun way to kill time is to trawl Street View in the hopes of finding something unique, such as one of those pranks or geographic and urban curios. For one woman, her boobs were one of those curios, and unfortunately for Google, the company has to pay for it.

Back in 2009, Maria Pia Grillo looked up her Montreal house on Google Street View and found an image of herself sitting on her porch, hunched over in such a way that a hefty bit of her cleavage was forever recorded by one of Google’s cameras. The original image obscured her face, but the rest of the image — like her house on display — revealed enough information to easily discern whose boobs belong to the blurred face.

Two years after the discovery, Pia began legal proceedings to blur all identifying information out of the image, such as the rest of her body, car license plate, and home address. She also demanded $45,000 for emotional damage and depression caused by mockery from coworkers.

The judge decided that the Street View image did not have a provable connection to Grillo’s claimed emotional distress, but did decree that Google invaded her privacy — just because she was in a public place (outside her home), does not mean her privacy can be invaded. He ordered Google to pay out $2,250, interest, and $159 in court fees.

In theory, this sets a precedent for people doing the same to the Google Street View car — pretending to be minding their own business in front of their house while the car “invades” their privacy. It’ll be interesting to see if any more cases like this pop up.