Google Teams Up With MIT To Make Programming Easier For Kids 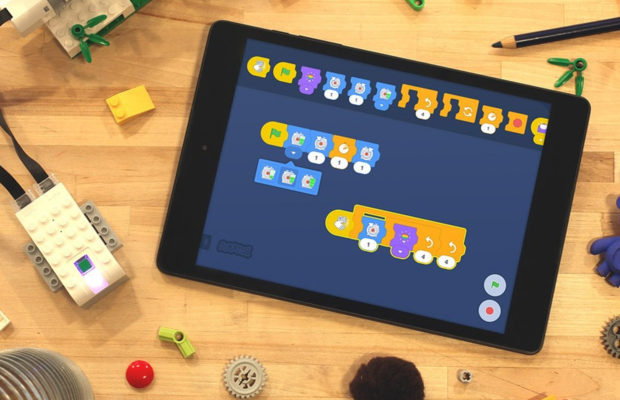 Google’s annual developer conference doesn’t officially kick off until Wednesday but about 120 of the company’s youngest developers are already getting to preview one of its newest announcements.

Google is teaming up with MIT’s Media Lab to create Scratch Blocks, an updated version of the kid-centric programming language. Available now as a developer preview, student participants at Google’s I/O Youth event were able to get an early look at the new tools.

Scratch is a visual programming language developed by MIT’s Media Lab back in 2007  to make it easier for kids to learn the foundational knowledge required for programming and other technical skills.

Now, the MIT team is partnering with Google on the next generation of Scratch, with the hope that Google can help scale Scratch to more platforms and devices. The new Scratch Blocks also use Google’s own visual programming language, Blockly.

While more and more companies that make products for kids — whether they are toy companies or software makers — are beginning to incorporate programmable elements for their young users, there isn’t one universal programming language across these products, explains Resnick. His hope, though, is that Google’s involvement in Scratch will help accelerate adoption of the platform so it will be used by more companies.

While traditional programming requires very precise strings of text and punctuation, Scratch and other visual programming languages rely on a shape-based system that Resnick characterizes as the “Lego approach,” that’s much more intuitive for beginners.

“With blocks, you use the shapes to help kids figure out how they fit,” he says.

The new Scratch Blocks are available now as a developer preview and attendees of this year’s I/O Youth also got a look at the technology.

The program, now in its third year, is meant to give young students the opportunity to learn about technology ahead of the much bigger I/O developer conference. Students at this year’s event were treated to 3D-printing demos, animation tutorials and an early demo of Scratch Blocks, that involved creating programs to control bluetooth-enabled Legos.