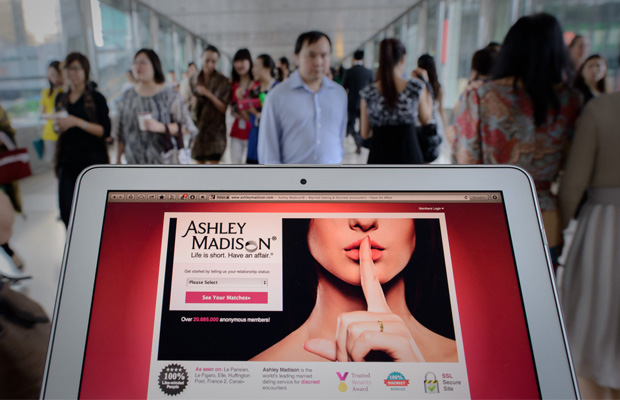 Impact Team, the hacking collective that recently made headlines by absconding with the personal data of some 37 million customers, has made good on previous threats to release the information. On Tuesday, the group dumped 9.7 GB worth of data onto the Dark Web, a semi-anonymized corner of the Internet only accessible using a special Tor browser and Onion router. The data set appears to include account details and log-ins as well as credit card and payment transaction details. The hackers reportedly pulled the data from Ashley Madison’s servers despite the company offering a $19 “Full Delete” service that supposedly scrubbed former users’ data from the site.

“Avid Life Media has failed to take down Ashley Madison and Established Men,” Impact Team wrote in a statement Tuesday. “We have explained the fraud, deceit, and stupidity of ALM and their members. Now everyone gets to see their data … Keep in mind the site is a scam with thousands of fake female profiles. See ashley madison fake profile lawsuit; 90-95% of actual users are male. Chances are your man signed up on the world’s biggest affair site, but never had one. He just tried to. If that distinction matters.”

The hackers also has some condescending advice to users whose information has been leaked. “Find yourself in here? It was ALM that failed you and lied to you. Prosecute them and claim damages. Then move on with your life. Learn your lesson and make amends. Embarrassing now, but you’ll get over it.” See? The Impact Team isn’t the bunch of asshats you think they are — cowards who will willingly disrupt the financial and personal lives of 37 million people just to make a point about a website they don’t like — the situation is actually all just one big teachable moment.