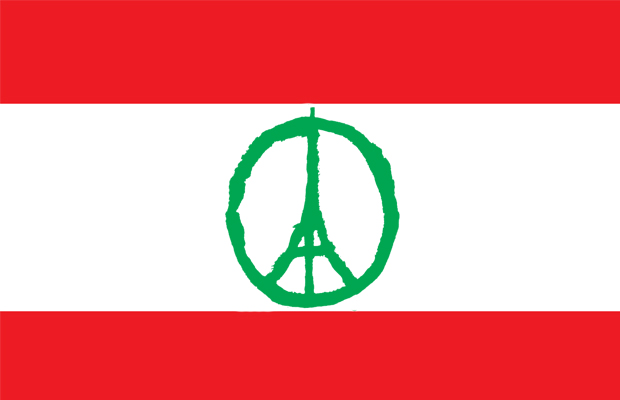 Less than one day after the horrible terrorist attacks took place in Paris, Facebook allowed users in that area to mark themselves as “safe” to let their families know they were alright. Shortly after that, Facebook gave its global audience the option to temporarily change their profile picture which would overlay their current profile picture with the french flag, in solidarity with what happened in Paris.

Since then, the Lebanese people have taken to social media in anger as to why these same opportunities weren’t given to them after the twin explosions occurred in Beirut just one day before the attacks in Paris. This issue has become a very hot topic over the past 24 hours and here is what Facebook’s vice president of growth had to say:

Yesterday, we activated Safety Check in Paris so that people there could let their friends and family know they were okay during the horrific events that took place. Communication is critical in moments of crisis, both for the people affected and for those far away who are anxious for news. People already turn to Facebook to check on loved ones and get updates during times like this and we created Safety Check to make these connections even easier.

Since we activated Safety Check in Paris, we have heard positive feedback about how reassuring it is to receive notifications that a friend or loved one is safe. I personally have received several from people I know and love and have felt first hand the impact of this tool. But people are also asking why we turned on Safety Check in Paris and not other parts of the world, where violence is more common and terrible things happen with distressing frequency. Thursday’s tragedy in Beirut is one recent example. I wanted to give some more background on the tool itself, its history and why we made the decision we did.

We were first inspired to create a very early version of Safety Check in Tokyo during the Tsunami and nuclear disaster in 2011. Facebook engineers on the ground were concerned, saw people posting they were safe and wanted to make that easier. A couple of passionate people at Facebook hacked together a solution that evolved into the Safety Check tool people are seeing today. We deployed this version of the tool for the first time in October of last year and have since activated it a handful of times; after the recent earthquakes in Afghanistan, Chile and Nepal as well as Tropical Cyclone Pam in the South Pacific and Typhoon Ruby in the Philippines. In the case of natural disasters, we apply a set of criteria that includes the scope, scale and impact. During an ongoing crisis, like war or epidemic, Safety Check in its current form is not that useful for people: because there isn’t a clear start or end point and, unfortunately, it’s impossible to know when someone is truly “safe.”

Each time we have launched the tool, we’ve improved it. We saw spam abuse with the tool in some launches, in others it has overwhelmed our notification systems because of the huge numbers of people wanting to tell their friends they are safe. We are learning to make the tool and policies behind it better as we go – and because Safety Check is a relatively new feature for us, we’re still understanding how it can best be used and in what instances.

We chose to activate Safety Check in Paris because we observed a lot of activity on Facebook as the events were unfolding. In the middle of a complex, uncertain situation affecting many people, Facebook became a place where people were sharing information and looking to understand the condition of their loved ones. We talked with our employees on the ground, who felt that there was still a need that we could fill. So we made the decision to try something we’ve never done before: activating Safety Check for something other than a natural disaster. There has to be a first time for trying something new, even in complex and sensitive times, and for us that was Paris.

This activation will change our policy around Safety Check and when we activate it for other serious and tragic incidents in the future. We want this tool to be available whenever and wherever it can help. We will learn a lot from feedback on this launch, and we’ll also continue to explore how we can help people show support for the things they care about through their Facebook profiles, which we did in the case for Paris, too.

We create products that we think will help people and we work hard to perfect the solution over time. Safety Check remains a work in progress, but one that has helped many people stay in touch with their friends and family during difficult times. We’re going to continue working to make it better and more useful.