How To Design An Office Of The Future - TechGeek365

Home / Design / How To Design An Office Of The Future

How To Design An Office Of The Future 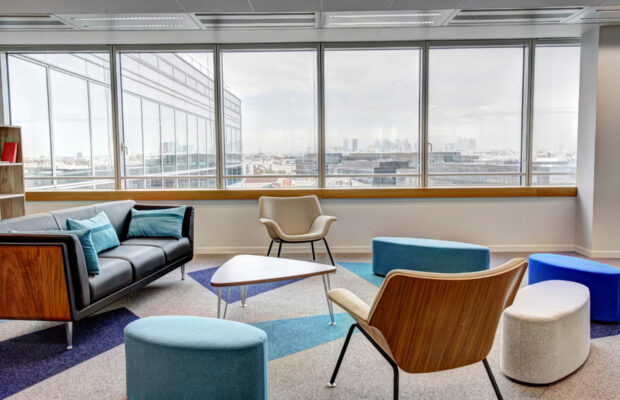 There’s no doubt that traditional office space will survive in some capacity moving forward, but it’s also clear the world has changed and is unlikely to return to the way it was before. As a result, offices are likely to change significantly to accommodate new attitudes and expectations.

Open plan office space is nothing new, but future office spaces are far more likely to be open planned to encourage collaboration, interaction and relationship building. Although at the moment, many teams still work from home and adapt to digital life, it will have to be transposed.

An open-plan office allows colleagues to move freely between spaces and interact without any barriers or walls. The lack of physical barriers is also a lack of psychological ones, allowing the work and collaboration to operate more freely. The days of traditional private partitions are over.

The Covid pandemic was a crisis that forced people to cope in whatever way they could; despite this, there were many positives that arose from the crisis. One of them was the absence of child care requirements. Instead of spending money on carers, parents could simply work at home.

It’s unlikely that such an advantage will be given up easily, and companies are likely to have to accommodate parents in the office spaces of the future. Expect to see child-friendly office spaces that allow parents to bring young children to work with them and play while they work.

Future office spaces are likely to be redesigned in the future, and new materials will be used to increase the capacity and functionality of the space. Epoxy flooring is a classic example. Instead of traditional wooden floors, lino floors, or concrete floors, offices will use epoxy flooring.

Although open-plan offices are undoubtedly the future, there is likely to be a place for simple interventions such as isolation booths for small collaborative projects. While individuals and companies adapt to the digital age, it’s clear there is a need for physical infrastructure as well.

Digital workstations offer plenty of opportunities to split into smaller groups and work on collaborative projects, and while the digital spaces are useful for the time being, nothing replaces physical interaction. So it’s likely that digital spaces will go offline eventually.

By the time the offices of the future are formally built, workers will be used to their home surroundings – it will be challenging for them to let go of the familiarity. In this sense, big digital companies like Google are ahead of the game; they have already noticed that people work more productively in familiar and creative spaces – this is likely to be a future office trend.

About Sandra: With over 9 years of search marketing experience, Sandra is cross skilled between PPC and SEO. Her experience in search spans across different verticals including Technology, Retail, Travel & Automotive.
Related Items
← Previous Story How Handrail Brackets Have Been Improved To Complement Modern Spaces