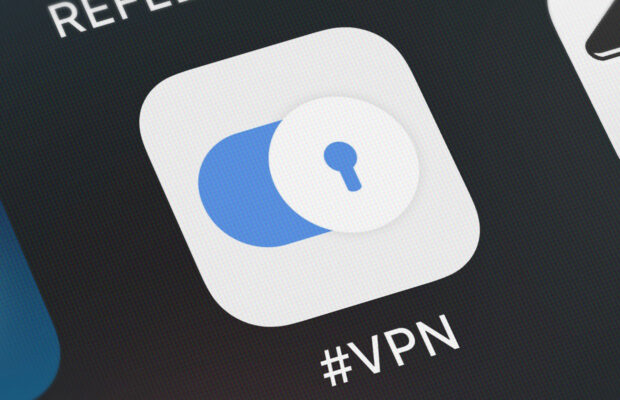 Most users connect to the Internet through a virtual private network (VPN) these days. They do so to secure their user data from prying eyes in an internet session.

Apart from securing user data, a VPN also proves to be useful in many other ways. For instance, you can use it to unblock websites. Alternatively, some people unblock proxy for this purpose; a VPN is a far superior and reliable option in this regard.

Alongside individual users, companies and businesses also use VPNs for securely connecting employees to a network. The access control feature of VPNs helps secure both company data and the data of employees.

Read on to know how VPNs contribute to data security and control access.

How Do VPNs Ensure Data Security?

Besides, VPNs also use a potent technology for data protection called end-to-end encryption. Under this system, a virtual private network (VPN) turns readable information into codes. Only authorized retrieve the data from them. This feature adds a layer of security to public Wi-Fi and other public networks.

The Role Of VPNs In The Facilitation Of Access Control

Access control is closely linked with geo-restrictions. In some regions, accessing certain websites involving social media content, movies, and other content is not permissible. Due to it, users cannot access restricted websites in such locations with normal browsing.

While a VPN has its way of protecting sensitive information, it also enables users to overcome geo-restrictions. How? A VPN shows the IP address of a permitted location instead of showing the original IP address of a user’s device. Upon detecting such an IP address, blocked websites load and allow users to access the restricted content.

You can reap the maximum benefit of this feature by choosing a VPN that has multiple servers. The higher the number of servers, the better.

While VPNs help you access restricted content, there is no hard-and-fast rule that you can do it all the time. Hulu and Netflix have started detecting VPNs more efficiently nowadays. As a result, your VPN may not be immune to detection. If it happens, you would need to switch over to another VPN option.

No one knows when it can happen. So, changing your VPN option from time to time is the best way to tackle this problem. VPN access control has some challenges. Here’s a list of some such challenges.

The primary reason for using a VPN is to ensure data security. However, sometimes VPNs can act in an unscrupulous way. While all VPNs may not do so, you, as a user, need to be careful. Confirm the data safety feature of a VPN before you start using it.

Choosing an option with the no-logging feature would be ideal. If a VPN logs your data, it may sell them to third parties. Some VPN service providers, especially those that provide free VPN services, use this strategy for revenue generation.

Handing over your user information to third parties can put your data at risk. Given the high probability of data misuse, you’d be better off reviewing the logging policy of a VPN provider before you decide to use it.

#2 – Difficulty In Data And Communication Management

Data management and communication can be difficult when multiple VPNs work together. In some companies, different departments use a separate VPN. While there are ways to make those networks work with one another, it can slow down the speed of the Internet.

As a result, managing data as well as maintaining communication among departments can be challenging.

There are many reasons for using a VPN. Data privacy and control access are two important factors on the list. While most VPNs provide more or less the same features, some virtual private network service providers offer extra features. Regardless of the VPN option you choose, do not forget to weigh it against your needs before deciding.

About David: Techthusiast & Avid Traveler.
Related ItemsCyber SecurityVPN
← Previous Story Skills That Can Turn Your Team Into A Cybersecurity Asset