Home / More + / Interesting Things You Never Knew About Your Fingernails

Interesting Things You Never Knew About Your Fingernails 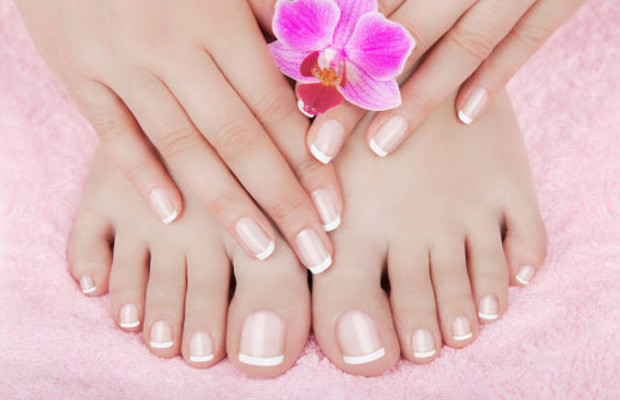 Nails are What Separate Primates from Mammals

Most mammals have claws, while primates, including humans, have nails on their fingertips. Primates developed nails instead of claws for the purpose of grasping smaller objects and aiding in locomotion.

Cuticles Have a Purpose

Cuticles help in protecting your nails from infection. Clipping or picking your cuticles often removes the protective barrier and allows moisture and bacteria into your body. This can damage the shape of your nails in the long run.

Nails are Made of the Same Stuff as Hair

Both your hair and nails are made of a protein called keratin. This means that foods that are good for your hair are also good for your nails. Such foods include those rich in vitamins, protein, and antioxidants.

A theory states that the more often you use your nails, the more you expose them to various elements in the environment. Because of this, they tend to grow faster than the nails on your non-dominant hand.

Since nails are a living tissue, when you paint your nails it becomes more difficult for oxygen to penetrate through causing wart virus or nail fungus. So let your nails breath once in a while and take breaks between manicures. Not only will this allow you to avoid gross fungus but also strengthen and increase nail flexibility.

Chronic stress can divert your body’s energy and nutrients away from less important body parts such as hair and nails, so your nails may not grow as well as they should be if you are under constant stress. You need to make sure that you get plenty of rest and relaxation to keep your nails strong.

A weekly manicure can hurt your nails, as the adhesives and harsh chemicals found in nail polish and acrylic overlays can strip protective layers off your nails, leaving them brittle. Likewise, there are certain foods that help boost keratin production to protect your nails, such as foods rich in lean protein and vitamin C.

Your Nails Need Blood to Survive

Your nail plate needs blood circulation, oxygenation, and nutrients to grow normally. Therefore, a crush injury can disrupt the microscopic connections on the nail plate that provide circulation, thus causing your nail to fall off. A perfectly healthy nail replaces it once the nail bed connections have reattached themselves to the new nail.

Nails Grow Faster in Summer than in Winter

Nails Do Not Sweat

Almost every part of our body sweats, except nails. Although the skin around your nails can get sweaty, you nails do not since nails do not have sweat glands.

White spots on your nails? Although you may think it’s because a calcium deficiency, this is not always the case. White spots can appear from deficiencies of calcium, but also from other vitamin or zinc deficiencies. Trauma to the nail plate or matrix, the source of your nail plate underneath the cuticle, or simply pressure to the nail is the mostly likely cause though.

Nails on a chalkboard

According to a study, the nail on chalkboard noise hits a frequency that is “naturally amplified by the shape of our ear canal.” The sound is also psychological, as participants in the study rated the noise more unpleasant when they knew where the source was coming from compared to participants who didn’t.

Men’s nails tend to grow faster than women’s fingernails. That is, unless the woman is pregnant, when they’ll grow much faster. Pregnancy causes a spike in growth that actually is not related to prenatal vitamins, as many believe.

Your middle fingernail grows the fastest of all of your nails, while your thumbnail tends to grow most slowly.

The statement that your finger and toenails continue to grow after death is actually a myth. They only seem longer because the skin retracts.

I Write Things.
Related ItemsRandomScience
← Previous Story Avoid This Beverage To Reduce Your Risk Of Having A Stroke And Heart Attack
Next Story → 8 Beers That You Should Stop Drinking Immediately