Leadership Lessons From Alexander The Great 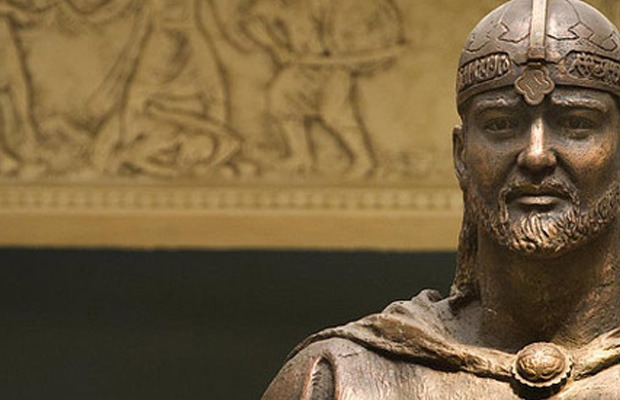 To prepare for my company’s off-site meeting in Greece, I decided to reread one of my favorite books, The Virtues of War. It’s a historical novel told from Alexander the Great’s point of view.

Readers first meet Alexander when he was ruling just Macedon. The story goes on to interweave his experiences at various points of time as he recalls his childhood, ascension to power and reign as a king over diverse territories.

Author Steven Pressfield does a wonderful job delving into Alexander’s mind, providing an intimate look at how he strategized for war, ruling and life.

The book is filled with wonderful quotes, insights and passages. I’ve selected the following five passages that resonated with me:

Indicating me, the lad declared, “This man has conquered the world! What have you done?” The philosopher replied without an instant’s hesitation, “I have conquered the need to conquer the world.” I laughed with delight.

On May 21, 2010, as a newly minted college graduate, I was ready to take on the world. I had fulfilled my end of the bargain. I had attended college, taken the right courses, got in debt and finally graduated. My dream job should have been handed to me on my lap exactly then, right?

Wow, was I in for a rude awakening. The world doesn’t care about whether someone took San Diego State University’s fight song course or majored in English. It only cares about what that person has contributed. What right did I have to selfishly demand and demand when I had done nothing (yet) to contribute to the betterment of those around me?

The world was here long before me. It did not owe me anything. And it was only when I came to that realization that the world could be mine.

Always attack. Even in defense, attack. The attacking arm possesses the initiative and thus commands the action. To attack makes men brave; to defend makes them timorous.

Pressfield’s Alexander was, of course, referring to war. But the notion of attacking — of being proactive instead of reactive — can be applied to any facet of life. Earlier this year I assumed a new role at my company. And part of what will determine my success will be how proactive I am in anticipating challenges, obstacles and opportunities.

I cannot simply wait for things (good or bad) to appear, I must always be on the alert to advance the company’s positioning and defend against anything that may hamper or distract from the realization of its goals.

Let us conduct ourselves in such a fashion that all nations wish to be our friends and all fear to be our enemies.

This quote reminds me of my guidance counselor’s advice before I set out to study abroad in Barcelona: “Remember, you’re not just representing yourself. You are representing your family, your school and your country. Carry yourself accordingly.”

Alexander’s reputation followed him as he trekked east. And that’s part of the reason why he came to defeat armies and rule over people of different cultures and countries.

While Alexander’s definition of exploring abroad was a bit different than mine, the message is clear: A person should always be the best version of himself no matter where he is.

It takes years to build a reputation but only seconds to destroy one.

He will say these acts were committed by men serving under Alexander. Your misdeeds have blackened my name, for you are me and I am you.

A successful leader always take responsibility for shortcomings even if they were mistakes committed by others. The leader knows that he or she could have done any number of things to prevent them from happening.

Early in my sales career, I made the mistake of replying to an email with a hot head. I immediately realized my mistake and asked my manager for help, apologizing profusely along the way.

I expected to receive a reprimand but instead the sales director stayed levelheaded, coaching me on what to do next time. He took the blame for my error, saying that he should have prepared me better, knowing that I would be dealing with a client who was quite a live wire.

Nothing is worse than indecision. Be wrong. But be wrong decisively.

In the battlefield, Alexander did not have the luxury of time. His course of action involved a series of small decisions that would either lead to victory or defeat. Because of Alexander’s extensive experience and gift for warfare, the Macedonian army often came out triumphant.

Working at a startup is similar in the sense that people have to act quickly. Startups don’t have the luxury to sit around and debate extensively the next course of action. A common saying in the tech world is that one has to “fail fast.” That means that startups must take a theory, test it either and iterate quickly on the results. Only through this process can companies eventually arrive at the right decision.

Pressfield’s Alexander seems to have the right balance of introspection. For the most part he doesn’t let his feelings or personal relationships distract him from his ultimate goal: ruling the world.

The Virtues of War is a look into the minds of one of history’s greatest leaders and well worth a read by anyone in the business world.

I Write Things.
Related ItemsEntrepreneurship
← Previous Story 4 Things Entrepreneurs Should Think About That May Not Be In Their Business Plan
Next Story → 10 Practical Ways To Promote A High-Performance Culture