With only one day left before the start of the Mobile World Congress in Barcelona, Spain, footage of Huawei’s new smartwatch has been discovered online.

The two videos, spotted by Droidlife, but not yet officially released, are high production value spots that show off both the design of the Huawei Watch as well as its software functionality, the latter accompanied by an onscreen message stating that the demo is “created by visual effect.”

Despite the software demonstration caveat, the promotional spot is impressive. Featuring a rugged outdoorsman traveling through the snowcapped mountains of Chamrousse, France, we see the Huawei Watch being used to check the wearer’s heart rate, the current outdoor temperature and to vocally interact with Google Now. 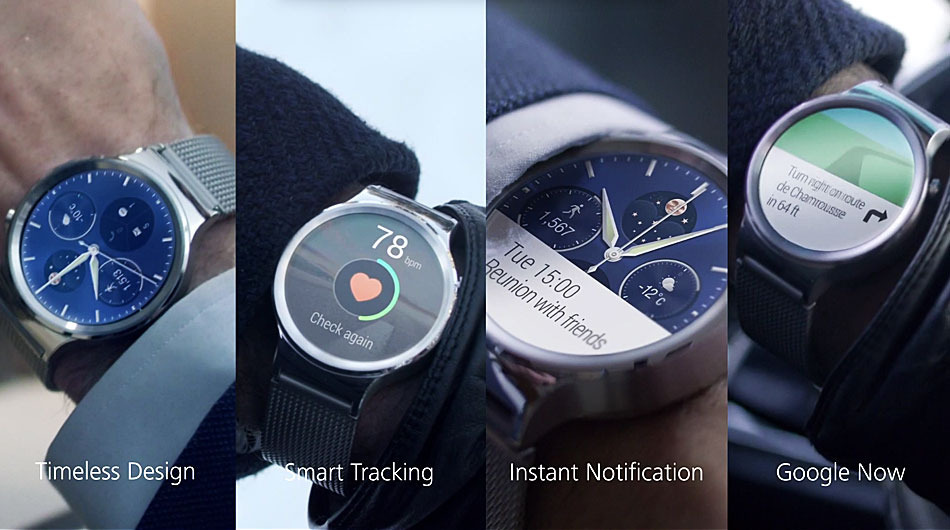 However, another video spot, which focuses on the design of the smartwatch, repeatedly drives home the point that the device isn’t just for men, and will come with a number of interchangeable wrist strap options for women.

Considering the device’s bold, stainless steel unibody construction, promoting the Huawei Watch as unisex may be a hard sell for some, but the video is nevertheless persuasive.

Of course, the device’s reception from consumers will largely depend on its price and release date — remember, the Apple Watch is coming in April.

But even in the face of growing smartwatch competition, if the device works as depicted in the video (powered by Android Wear), the Huawei Watch is attractive enough to garner its own share of fans.

Does Huawei’s smartwatch have a chance against the rest of the smartwatch field? We’re likely to get some early answers at this year’s Mobile World Congress.