Is Lebanon Ready For A Cyber Attack In 2017? 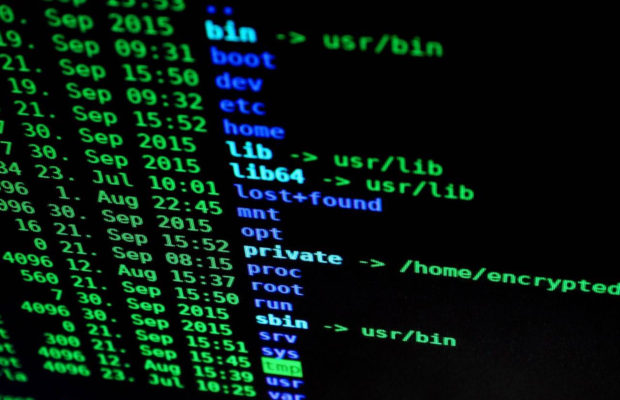 As the leading tech companies and innovators usher in the post-internet era of connected devices and digitally-preserved personal and corporate records stored in the cloud, the whole world, including Lebanon, must learn how to deal with a new breed of cyber threats as well as a possible destructive cyber attack.

Lebanese cybersecurity can’t be a topic discussed by a small group of industry experts any longer. “New strategies of cybersecurity have to seek to protect society on the whole, meaning to connect individual, business, and country cybersecurity activities to provide a far-reaching and secure web infrastructure,” states Social Media Exchange (SMEX), a registered Lebanese NGO that works to advance self-regulating information societies in the Middle East and North Africa (MENA).

According to Kaspersky Security Bulletin 2015, Lebanon ranks as the 10th country by the percentage of users whose computers have been targeted by web attacks. Recently, Israeli-based cyber firm Check Point Software Technologies has discovered a well-planned and carefully managed operation that might have been stealing personal and corporate information from victims located in Lebanon over the last 3 years.

Last year, at the anti-cybercrime forum organized by the by Al-Iktissad Wal-Aamal group at Phoenicia Hotel in Beirut, Salomon Frangieh said, “There are two types of companies, the ones that will be hacked and the ones that have already been hacked. No one is safe, especially in a country like Lebanon where it takes almost 200 days for a company to detect a breach within their system.” Dr. Joe Hage added, “Most companies start taking it [cybersecurity] seriously and investing in proper cyber security plans only after they are targeted; thus, what is required is more awareness and better infrastructure to adequately fight cyber criminals.”

Most current cybersecurity efforts in Lebanon have originated in 2012, when “the Presidency of the Council of Ministers (PCM) formed a National Cyber Security Committee by issuing decision number 32 dated 25/7/2012 to develop a national and common strategy for the protection of the Lebanese governmental websites with shared responsibility among the different stakeholders,” according to Lebanese National Cyber Security Policy Guidelines released in 2015.

Published alongside these guidelines is a Security Checklist, which should enable “public agencies to assess their cyber security situation and lets them use it as a starting point to build their own security policies,” explains OMSAR.

Non-government institutions are also trying to make Lebanon’s digital shores more secure. For example, the Agence Universitaire de la Francophonie organized a two-day conference titled “Cybersecurity and Cyberdefense: Stakes and Perspective” in 2015. According to SMEX, “The conference offered a chance to gain perspective on how academics, government, authorities, and others view cybersecurity in Lebanon and how they might collaborate to address the issues it raises.”

A Long Road Ahead

It’s evident that the Lebanese government is aware of the high need to step up its cybersecurity efforts and meet or even exceed the capabilities of modern cybercriminals. To get there, it will be necessary to improve the collaboration between the private and the public sector, train professionals and ethical hackers, and allocate more funds to where they are needed. The current head of the Cybercrime and Intellectual Property Bureau at the Internal Security Forces, Colonel Suzan Hajj Hobeiche, thinks that “infrastructure and funding are both key requirements to effectively counter cybercrime and achieve cyber security,” reports Annahar.