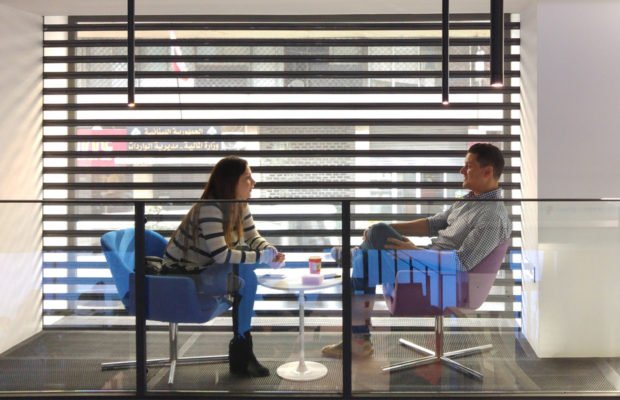 Lebanon, a relatively small country with a population just short of 5 million, is a thriving hub of entrepreneurship, innovation, and big dreams. The country was recently ranked among the top 20 countries for entrepreneurship by Global Entrepreneurship Monitor. That’s because Lebanese people have access to some of the best universities in the Middle East, and because the local mentality pushes young aspiring entrepreneurs to make the world a better place for everyone. Indeed, Lebanon has been also ranked as the fifth best country for math and science education, and as the tenth best overall for quality of education by the World Economic Forum’s 2013 Global Information Technology Report.

The startup ecosystem in Lebanon is unlike any other. Entrepreneurs who were born and raised in Lebanon keep a very strong connection to their motherland and always want to give back to their country and help others who found themselves in a similar position as they did before.

Omar Christidis, founder and CEO of ArabNet, a hub that allows digital professionals and entrepreneurs to connect and learn from one another, says, “Their very strong linkages can be very helpful to Lebanese entrepreneurs as they grow regionally.”

It’s not surprising then that such nurturing environment would give birth to many prominent startups. In this article, we are taking a closer look at Lebanon’s most promising startups to see what their vision for a better future really looks like.

Last year, the founder of CardioDiagnostics, Ziad Sankari, was invited to the White House to talk about his startup. The main idea behind it is to bring the best currently available cardiac monitoring technologies to the health sector. CardioDiagnostics develops proprietary technologies for wireless monitoring of cardiac patients at their R&D offices located in Lebanon.

One of their highly promising solutions to life-threatening health issues is LifeSense Arrhythmia. This wireless monitoring system has already been approved by FDA, which means that it could soon be used by millions of patients in the United States and all across the world. The system automatically detects, records, and transmit a range of cardiac events, allowing doctors to constantly monitor their patients.

With TickleMyBrain, anyone has an access to highly qualified and vetted writing experts, who can help customers with anything from career writing to business plans, grants, content design, application essays, and more. The startup has helped more than 1,500 professionals across the Middle East transform the way they present themselves and propel their careers to new directions. TickleMyBrain is the perfect example of how even a relatively simple idea can have a dramatic impact if executed correctly.

In this day and age, it’s possible to order a product from the other side of the world, pay for it with digital currency, and have it delivered in just a few days. But despite all this advancement, we still have to fill out the same old clunky address as people did more than 500 years ago. But this is likely to change with eddress.

This revolutionary Lebanese startup wants to simplify our addresses by turning them into 6 character codes. Such codes wouldn’t be tied to a physical place. Instead, each person would have its own code – just like an email address – and manage it at his or her convenience. Relocating to a new apartment would simple mean that the person would go online and point the eddress to a different location. Eddresses could also be created for special events, to help attendees reach the location without getting lost.

Have you always felt that you know how to organize a great event and help people have a great time? With Presella, you can turn into a professional event promoter and organizer in just a few minutes. This online e-ticketing platform enables anyone to become an event organizer without taking any unnecessary risks.

Presella elegantly avoids the issue with low attendance by allowing organizers to configure the minimum number of tickets they would like to sell by a certain date for the event to take place. If they don’t reach the number, the even simply gets cancelled and everyone gets their money back.

It’s worth mentioning that Tara Nehme, the founder of TickleMyBrain.com, is also on the team as the CFO. That’s the beauty of Lebanese entrepreneurship: everyone is part of the same flourishing community.

eTobb’s mission to improve people’s quality of life and well-being by facilitating access to healthcare and expert medical knowledge set out in 2013 as a health Q&A platform allowing anyone to get answers from doctors anonymously and for free. The platform has since then expanded, and users now have to option to use face-to-face video consultations with over 1,000 top physicians who cover 40 medical specialties.

The service is available either for free or for $6 per question with the premium plan. The free plan lets users ask question that can be up to 150 characters long, while the premium plan extends this limit to 2000 characters and adds the ability to attach various files, choose a specialist of choice, and a few other useful things.