Networking 101: How To Make A Lasting Impression - TechGeek365

Networking 101: How To Make A Lasting Impression 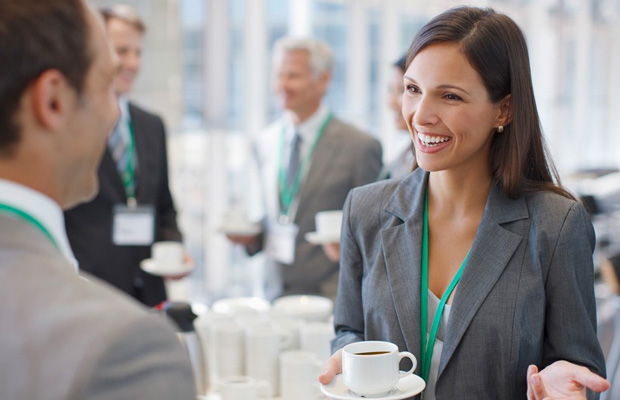 Networking can feel like the professional equivalent of speed dating. And, like speed dating, you don’t just want to make a good impression — you want to make a lasting one. So, how can you present yourself well and make meaningful connections when it feels like you’re making small talk with people who are only half-listening?

The first step is to reframe your concept of networking. At your next event, remind yourself that it’s less about empty chit-chat and more about making connections.

How do you make those?

By forgetting everything you thought you knew about networking small talk and, instead, tapping into the science of good conversation! Here are six strategies for being the most popular person to talk to at your next networking event.

Sound expert Julian Treasure says conversation killers include gossip, judgment, negativity, complaining, exaggeration, accusations, and being a “blame-thrower.” These types of communication are simply hard to listen to, he says. According to Treasure, the four powerful cornerstones of good conversation spell HAIL: honesty (being clear and straight), authenticity (being yourself), integrity (actually doing what you say you will), and love (wishing people well).

How do you do this in a quick networking conversation? You can be honest and authentic by asking genuine questions when a topic comes up that you know nothing about — instead of nodding along and pretending like you get it. When saying goodbye at the end of the event, think of something specific from your conversation that you can reference, then wish the person well. It’s as easy as that.

According to an article in the Harvard Business Review, positive conversations can induce the production of oxytocin. And oxytocin elevates our ability to collaborate and trust others. Conversations that show concern for others, are based in truth, and share a vision of mutual success are among those that result in this kind of good chemistry.

Instead of spending time trying to convince someone to see your side of an issue (a.k.a., trying to be controversial and groundbreaking), share a positive thought that’s mutually beneficial and useful to the person you’re talking to. You can prepare this positive thought ahead of time by looking up current, relevant industry news that would be interesting to the people you’re meeting.

It’s common sense that we like to talk about ourselves, but there’s actually a chemical reaction associated with self-disclosure that we find inherently rewarding. According to a study published in the Proceedings From the National Academy of Sciences, self-disclosure was strongly associated with increased activation in dopamine centers of the brain, the same regions that respond to rewards like food and money.

So, create an environment that invites other people to tell you about themselves. A great approach is to come in with some great conversation starters to aid in the effort to draw people out. For example, instead of talking to someone about how his or her week is going, you can get specific and ask, “What was the highlight of your week?” The former usually leads to a short answer (“it’s going”); the latter is a chance for the other person to really open up.

4. Ask for stories, not answers

Sharing stories creates a connection and stimulates an emotional memory that helps us give meaning to our experiences and interactions. Eliciting stories from people you’re just meeting can also help you get a lot more information, as well as a better understanding of where they are coming from, both literally and metaphorically.

Refrain from asking “What do you do?” or “Where are you from?” Instead ask: “What are you working on these days?” or “What was the town like where you grew up?”

Research suggests that talking about more substantive issues can actually make us happier than engaging in traditional small talk. Slipping some details into small talk can elevate the conversation to a greater level of engagement.

So, if someone asks where you’re from, add a bit of trivia about your hometown. Or if someone asks what you do, talk briefly about what drew you to the profession. Either answer should lead to the person inquiring more about what you said, which gets you away from chit-chat and closer to having a memorable exchange.

6. Use your instrument to its best capacity

Having meaningful conversations doesn’t just have to do with what you say, but also how you say it. You’ll come off as much more interested (and interesting) if you vary your tone so you don’t sound monotone or disengaged. Try speaking slower and quieter, which can actually draw people in. Also, don’t be scared to embrace silence; it’s better than filling the space with “ahs” and “ums.”

I Write Things.
Related ItemsEntrepreneurshipNetworkingTips
← Previous Story 4 Tips For Supercharging A Stagnant Job Hunt
Next Story → The Basics Of Business IT – Everything You Need To Succeed [Infographic]