The PlayStation 4 Pro marks a turning point for the modern console era. In fact, it redefines what a “console” even means. Consoles are supposed to offer “good enough” graphics at an attractive price point, and a consistent hardware target to allow developers to optimize the crap out of their games. Meanwhile, PC gamers can spend twice as much (or more) and get marginally better graphics and all the headaches and complexities of playing games on a grab bag of hardware.

Power & Complexity At A Reasonable Price

But the PS4 Pro is a mid-generation spec upgrade to an already successful console. It adds power and complexity to the console equation, at a reasonable price: $399, $100 more than the slimmer version of the original (and less powerful) PS4. The extra expense also gets you a nice big 1TB hard drive, an extra USB plug, and optical audio out.

You can debate the fittingness of a “Pro” moniker on a piece of hardware designed to play video games better, but Sony really has made this new console a notable improvement over its standard model. 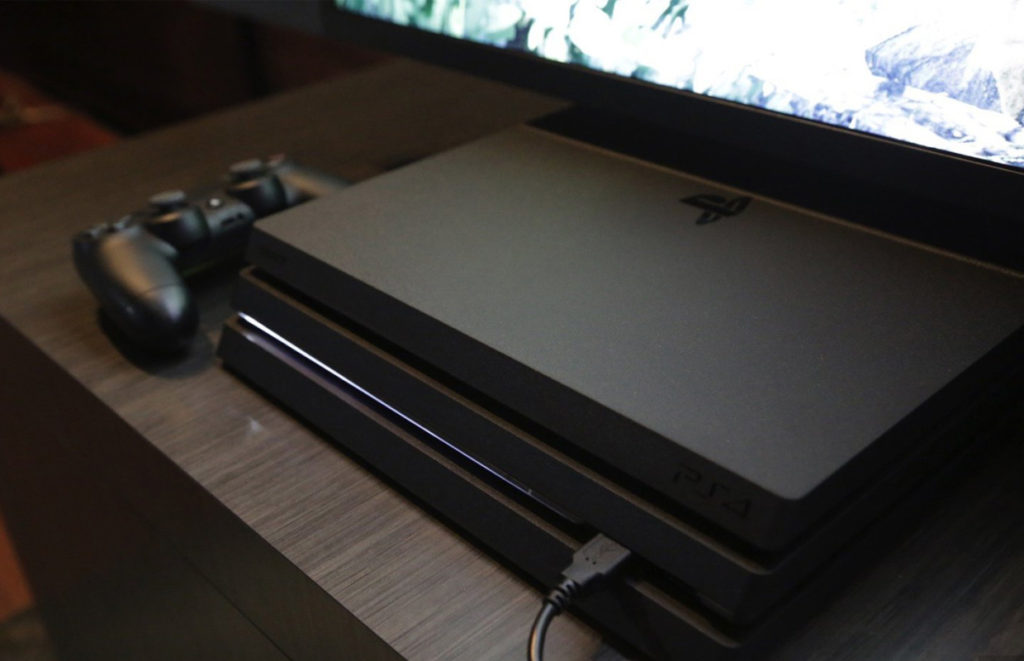 The upshot of all that power? Well, if you have a 4K TV, and if the game you want to play has been updated to take advantage of the PS4 Pro’s power, it means better graphics. In some cases, much better graphics. I can confidently say, after playing a handful of optimized titles, that 4K gaming is real, it’s wonderful, and it makes the PS4 Pro just about the best $399 you can spend on gaming hardware this year.

The PS4 Pro is big. In fact, it’s bigger than the original PS4, although not quite as bulky as the original Xbox One. It even has a larger PC-style plug in the back, although there’s thankfully no power brick. It also has one extra USB plug, but you still can’t install games to an external hard drive like you can with the Xbox One.

Inside the PS4 Pro is a “double-sized” version of the original PS4’s GPU, which runs at a faster clock speed. The CPU and RAM are also running faster, and there’s an extra 1GB of RAM available for applications to keep the 8GB of GDDR5 RAM mostly free for games. These improvements add up to 4.2 teraflops, making the PS4 Pro 2.28 times faster than the PS4 on paper. All these faster components generate a lot of heat, which blasts out of the back of the system, but at least the fans don’t seem much louder than a typical PS4 or Xbox One.

When you boot up the PS4 Pro you’ll land in the PS4 System Software 4.0, which is already available on regular PS4s, and is a major redesign of the PlayStation interface if you haven’t used a PlayStation recently. But most notable for this review, the user-interface is all in 4K, which is refreshing after playing with so many “4K” televisions that don’t even bother to ship with a 4K UI. Some of the icons and graphics are still the 1080p versions, which is obvious when you’re sitting a few feet away from a big 4K TV, but all the text and “chrome” of the UI is perfectly sharp.

The system has 802.11ac Wi-Fi — a nice step up from the original PS4’s 2.4GHz, 802.11n Wi-Fi — which is helpful if you want to download a full 50GB game instead of buying and installing a disc like a luddite. It also includes the newly redesigned controller that’s already shipping with the slim PS4, which lights up the touchpad slightly, and has a few matte accents. 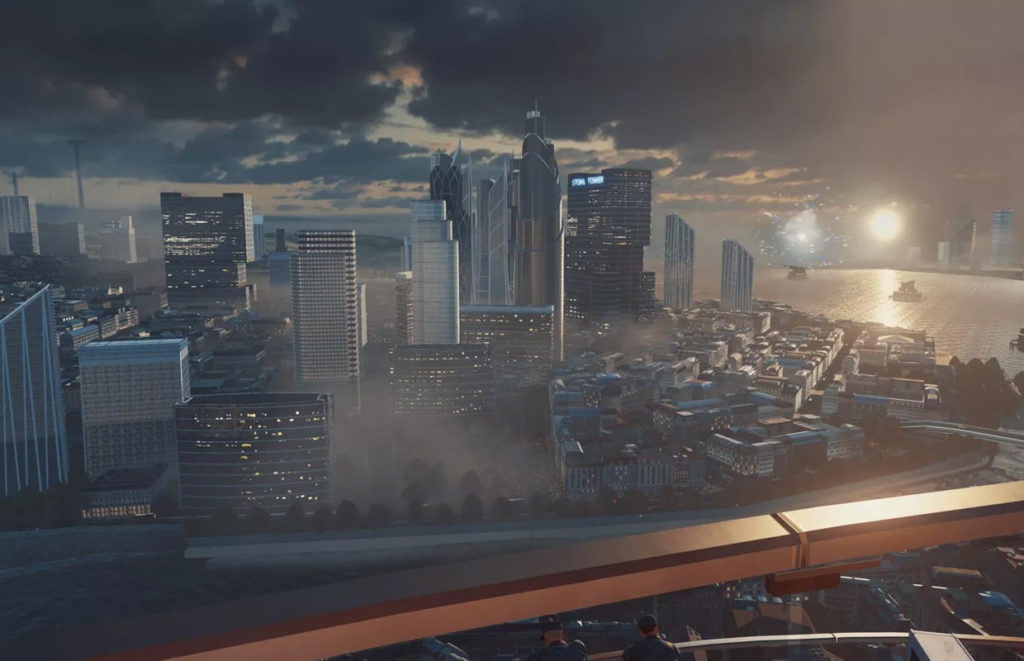 4K is four times as many pixels as 1080p, the resolution of the typical HDTV the original PS4 was designed for. The PS4 Pro is twice as fast as a PS4, not four times as fast, which leaves an obvious question: where do all those extra pixels come from? Well, tricks, mostly. One primary way developers can turn their regular 1080p games into 4K is called “checkerboard rendering.” For instance, that’s how Call of Duty: Infinite Warfare works. And can I just say something? It looks great. It looks really, really great.

See, 4K TVs are nearing on ubiquity, but we still have very few “true” 4K sources of content. Netflix streaming is possibly the worst possible way to take advantage of a 4K TV, because the video is so compressed you’re basically just getting a front row seat to compression artifacts and tortured film grain. A locally rendered game in 4K, however, even with checkerboard rendering, looks perfectly crisp. Every pixel seems in its place and accounted for, and I just think it looks wonderful.

Even a slightly older game, like Shadow of Mordor, looks great. You can see every chunk of simple geometry, and the low-resolution textures are obvious, but the 4K output resolution makes the overall scene so damned crisp that it looks nearly as good as its modern competition.

One caveat I should mention: I did most of my testing of the PS4 a few feet away from an enormous 4K TV. If you’re at a recommended viewing distance and slouched into a couch, the 4K effect might not be as noticeable. Maybe the Xbox One S’s 4K upscaling is “good enough” for those situations, but I’m partial to how sharp these games look on the Pro.

Will Your Favorite Games Get The Nice Updates?

Nope. Not every game will be rendered in 4K. And very few games will manage a “native” 4K resolution, like you can get on a modern PC. First off, developers will have to optimize their games specifically for the Pro to see any improvement at all. At lot of games have been promised, but so far there are very few titles with live patches. Developers who do optimize their game can add a “PS4 Pro Enhanced” sticker to the game box, but it’ll still require some homework to know exactly what has been enhanced. Games can render in 4K, or simply upscale to 4K, or ship with improved graphics at 1080p, or increase the frame rate, or some combination or choice of all of the above. 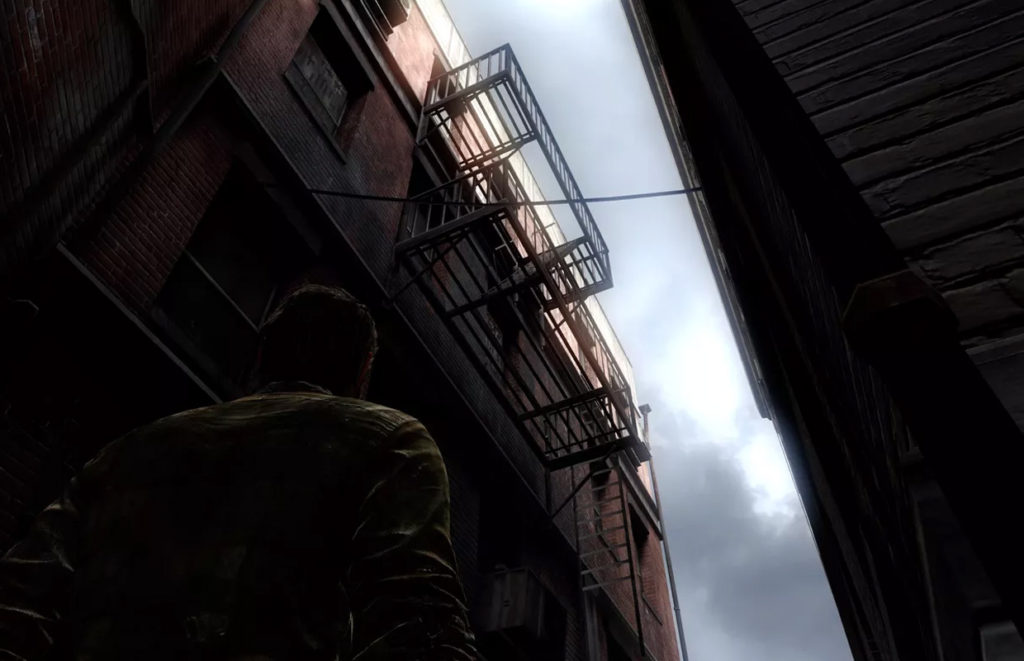 In fact, this is my biggest annoyance about the new PS4: it’s all so mysterious about which games will get which features. When you buy a powerful gaming PC you can tweak the settings of any game to your satisfaction. But in the “simplified” land of consoles you’re basically left hoping and praying developers make the right tweaks to the right games. I like the upgraded graphics on the games I’ve seen so far, but it really is a crapshoot.

And then there’s HDR, a feature Sony is pushing on both the Pro and on the normal PlayStation 4. I’ll be honest with you: I have a hard time spotting when HDR is on or not. The only reason I knew The Last of Us Remastered was in HDR was because the first time I booted the game, my PS4 told me HDR wasn’t active on my TV. So I turned on HDR on my TV and then I guess the brights were brighter and the darks were darker. I mean, it did look great. I just wasn’t nearly as impressed with the color gamut as I was with the 4K resolution. Maybe you’ll feel differently.

I’m sorry to report that both the 4K version of Netflix and the 4K version of YouTube weren’t available at the time of this review. They should both ship when the console is available for sale on November 10th. Still, most 4K TVs offer a way to watch Netflix and / or YouTube in 4K, so this isn’t a huge draw for me. Also, it feels like a continuation of Sony’s gambit from the start with the PS4: this machine is built for games. Want 4K Blu-rays? Buy an Xbox One S, or a dedicated Blu-ray player. Want 4K video games? The PS4 Pro is the only console that can do it this year.

I’m also sorry to report that few PlayStation VR titles have been optimized for the Pro so far, and what I did see didn’t impress me much. PlayStation VR Worlds is a first-party title and I was expecting some much-needed optimizations, but other than what felt like a smoother frame rate I didn’t notice much improvement at all. The controller tracking is just as shaky, and the graphics still have that “chunky” look, like you’re zoomed in too far on a highly compressed JPEG. It’s possible that most of the bottleneck for PlayStation VR is in the headset and camera, or maybe the developers haven’t figured out the right “tricks” to take advantage of the PS4 Pro’s added hardware yet. I’m optimistic things can get better, but not as optimistic as I was before I tried VR with the Pro.

To me, the PS4 Pro really feels like a “new” console. With all the promise and pitfalls that entails. It’s a big pile of performance, with a flimsy catalog of truly optimized games and a whole lot of room to grow. As we’ve seen with recent console generations, if you give developers enough time with a certain set of hardware, they can make graphical miracles. Just look at Grand Theft Auto V on the Xbox 360, or Battlefield 1 on the PS4. They look absolutely incredible compared to games that came out at the beginning of those console life cycles. Hopefully we’ll see the same growth with the PS4 Pro. I’m already impressed by the 4K games I’ve seen, but it can only get better from here.

There is one way the Pro isn’t at all like a new console: it won’t get exclusive new games that force you to upgrade or be left behind. If you already have a PS4, or are considering the slim PS4, Sony promises you’ll get to play every new game that comes out. Just at a slightly lower fidelity in some cases.

Also, the PS4 Pro will have to sell enough units to justify the development cost of creating a custom update of each new PS4 game. First party titles are a lock, but third-party support is still up in the air. This will only get more complicated when the Xbox “Project Scorpio” comes out a year from now and bumps the console power ceiling even higher. Perhaps the saving grace will be the fact that modern consoles are very much like PCs, and therefore they can benefit from the flexibility already built in to PC games and modern PC game engines.

But if that’s the case, then has Sony simply reinvented PC gaming and called it a PlayStation? I’d say the $399 price tag, and the excellent 4K results I’ve seen so far, show the PS4 Pro maintains the typical console benefits.

If you don’t have a 4K TV, or don’t obsess over graphics, you’re probably safe to skip over the PS4 Pro. The PS4 (including the new slim model) or Xbox One are certainly “good enough.” And, if you do obsess over graphics, $399 is enough money to get a really good graphics card and turn your PC gaming rig into a true 4K machine. But if you want the best gaming graphics currently possible on a home console, the PS4 Pro is your best choice this year.

The Not So Good Stuff: