Home / Reviews / Self-Driving Cars – Are They The Future?

Self-Driving Cars – Are They The Future? 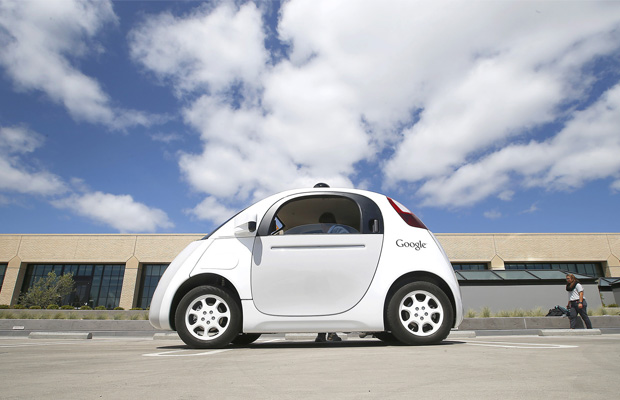 Experts on motoring trends are predicting that from this small beginning, there may be half a million driverless cars on the roads by the end of next year.

This trend will continue and then increase sharply from 2018 until 2020 when there could be 10 million driverless cars on the market. Currently, a driverless car is determined as being one that can accelerate and brake as well as steer the car for a limited time without any driver interaction.

This means that the car is semi-autonomous because the driver has to intervene at some point. Fully autonomous cars will be available from 2019 while driverless cars will appear some years afterwards. One of the biggest attractions is that self-driving cars are believed to help make roads safer and help keep people safe.

The accountancy firm KPMG has estimated that with the growth of self-driving cars between 2014 and 2030 there will be 2,500 fewer deaths on the roads. However, there are still some strict regulations and the costs involved need to be reduced before self-driving cars become a mainstream feature. Google says its autonomous car will be safer since, the firm estimates, around 90% of all accidents involving cars are caused by human error. In a report, the firm also points out that by 2040 the frequency of car accidents would drop from one every 280,000 miles to one accident every 1.6 million miles. In addition, Google says that workers will be able to spend their time in traffic jams being more productive and, this could be crucial for car makers, people will stop believing that they need own a car to enjoy motoring.

However, that’s not to say that Google’s driverless car is managing to avoid accidents – so far it has been involved in 14 incidents. But, in their defence, Google says that all of these incidents have been caused by other vehicles driven by people. There’s no doubt that there is a significant change to come in the world of cars and once they become a common sight there’s no doubt that driverless cars will become hugely popular. Indeed, the KPMG report concludes that the swift conversion to using autonomous cars will be the biggest single change to the car insurance industry since it began. The report concludes: “As the way we commute and drive transforms, the type and amount of purchase of car insurance will be impacted. This disruption to car insurers will be profound and the change will happen faster than most expect.”

For those who are looking forward to the scientific world of driverless cars, there are a few minor obstacles that need to be overcome. Firstly, driverless cars need detailed digital mapping which has to be regularly updated since if they came across a new roundabout it would cause confusion and potentially an accident. The other issue involves things like temporary traffic lights at roadworks and having confidence that a driverless car would be able to cope with them.

Carmaker With A Plan To Develop Driverless Cars

It should also be noted that Google is not the only car maker with a plan to develop driverless cars; Volvo which is also famous for its safety developments has also designed a concept vehicle. Unlike other car makers, Volvo appreciates that not everyone wants to be productive while they are in a driverless car and so they are allowing occupants to either watch a movie or take a nap. Their system is called the Concept 26 project – since the average time a daily commute takes is 26 minutes – their drivers can select ‘Relax’ mode and see the steering wheel fully retract and the seat recline.

Let’s be honest, this is what most people will be looking forward to enjoying with a driverless car and we are also one step closer to the Tom Cruise film ‘Minority Report’ which saw everyone hopping in and out of driverless vehicles.

In February, the British government outlined its legal framework for the introduction of driverless cars to the country’s roads which effectively means that driverless cars aren’t for the future – they are already here.