Snapchat Spectacles Review: Wearables Have Never Been This Cool 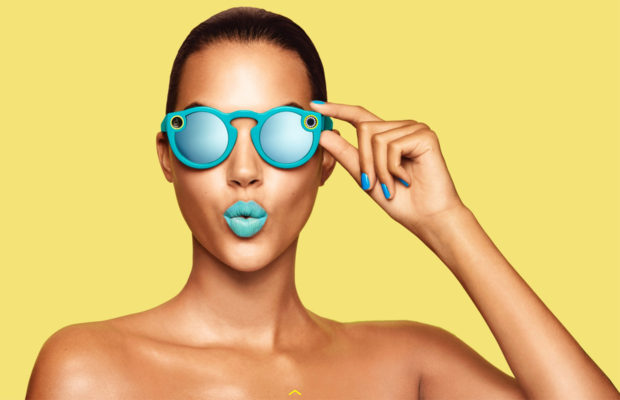 You’d be forgiven if you looked at Snapchat’s — I’m sorry, Snap Inc.’s — Spectacles and thought they were just another Google Glass.

Both face wearables have a camera for hands-free video recording, after all. But the similarities stop there. Spectacles — aside from the whole camera-in-eyewear thing — couldn’t be more different and that’s why I think a lot of people are going to like them.

Which is a good thing, because Google Glass was something only nerds found attractive. The public, what with all the bans and #glasshole shaming, sure as hell didn’t think Google Glass was cool.

The best thing about Spectacles is their simplicity. Whereas Google Glass tried to cram a computer and the entire internet literally on your face and in front of your eyes, Spectacles just has a camera for recording moments.

The camera-equipped sunglasses, roughly the size of a pair of Ray-Ban Wayfarers, come in three colors (black, coral and teal), and are more toy than gadget. 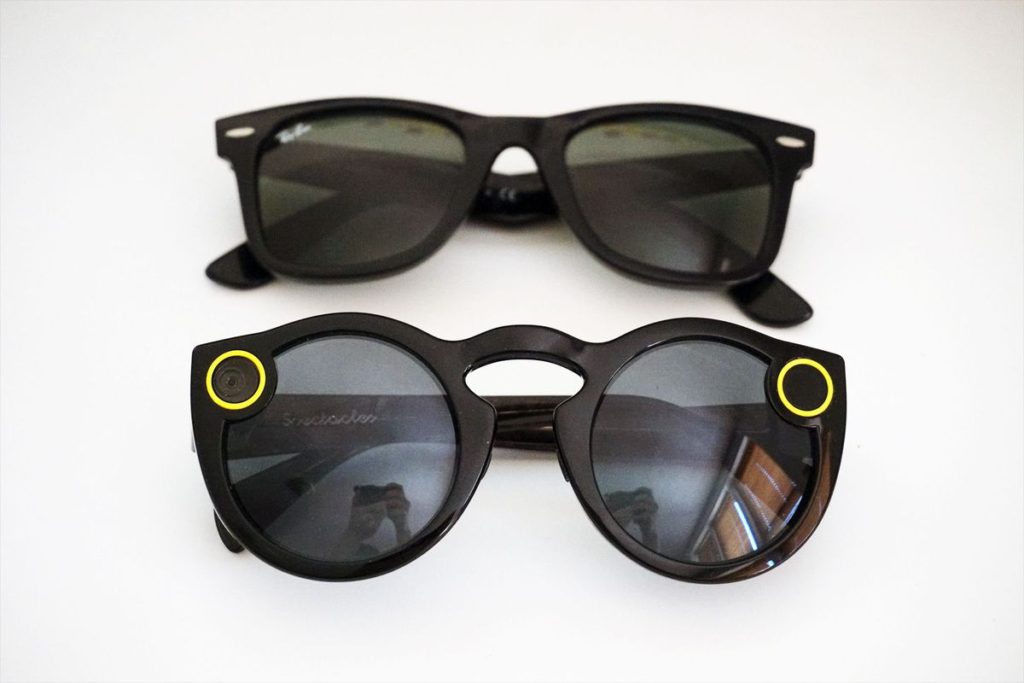 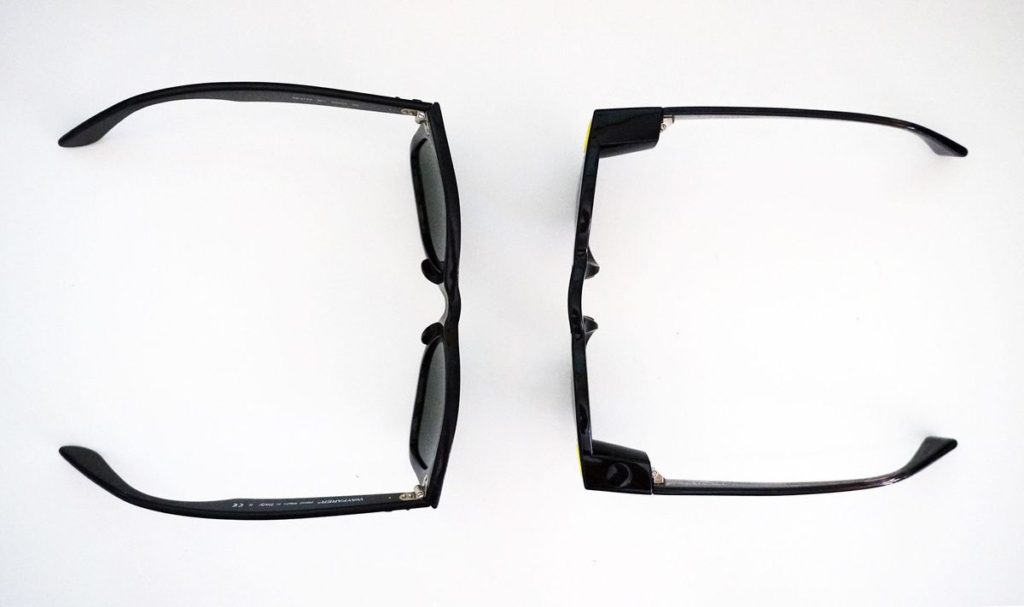 They also only connect to the Snapchat app for iOS and Android. This only makes them more appealing since they’re not trying to be a do-it-all device. Spectacles embrace “less is more” and “do one thing and do it well.”

That, of course, is if you can even buy a pair. Spectacles are only being sold via the Snapbot vending machines in limited quantities. At the time of this writing, the vending machine has only popped up in two cities (Venice and Big Sur) in California. Instead of selling them online or in stores, Snap Inc.’s using the vending machine, along with an interactive map, to drive the Spectacles hype train.

And so far it’s working. People are freaking out over Spectacles’ exclusivity and word of mouth, and social media posts are only making Snapchatters more eager to get a pair. I haven’t seen so many people this excited over something that’s not from Apple in a long time. 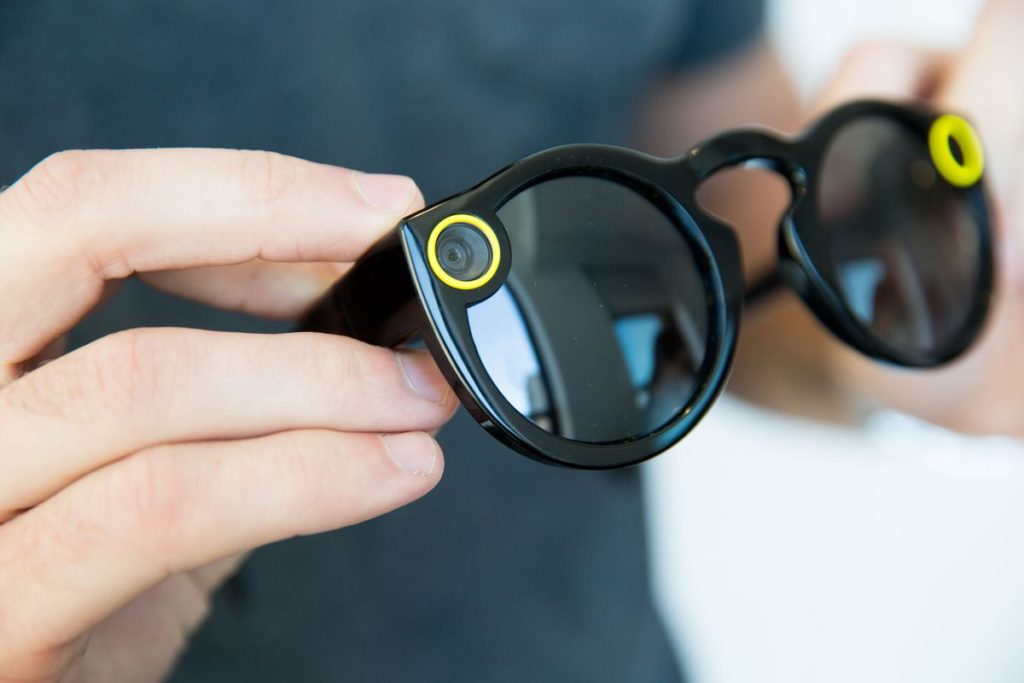 I expected Spectacles to be heavier and clunkier, but was happy to be proven wrong. All of the circuitry — the camera, battery, Bluetooth and Wi-Fi chip — are stored just inside the hinge of the sunglasses’ temples. Some people might find them to be a little front-heavy, but most of the people at Mashable who tried them had no issues with the fit or weight.

Like Wayfarers, Spectacles are unisex and the frame is thick and plasticky; they aren’t designer sunglasses, that’s for sure. Personally, I like their round lenses and Warby Parker-ish keyhole-style bridge that’s in style right now since I already wear a similar pair of regular sunglasses. 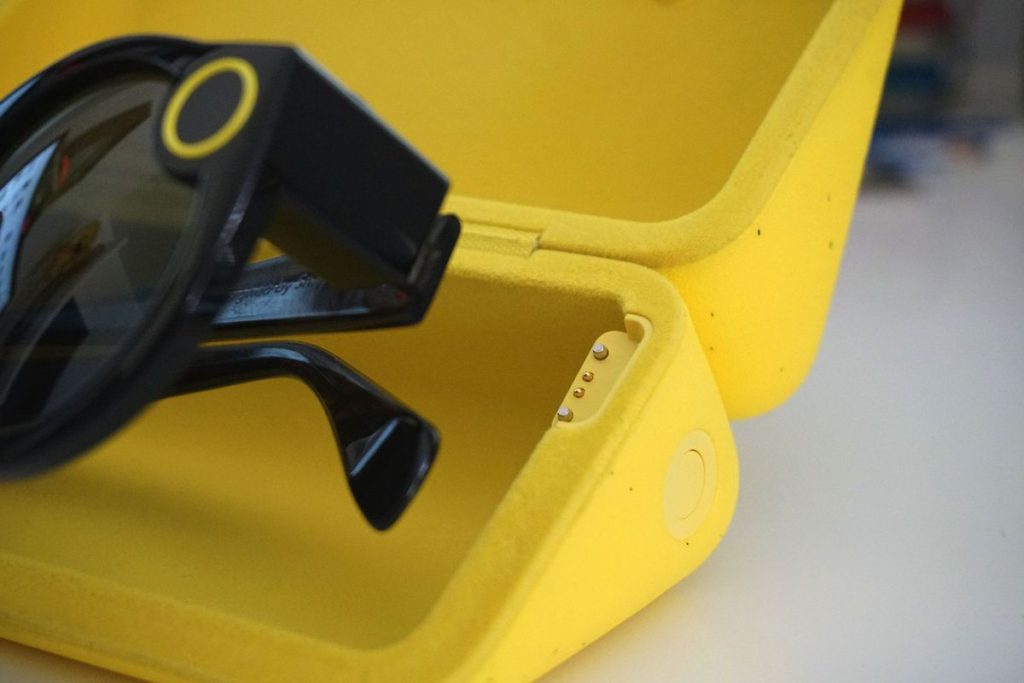 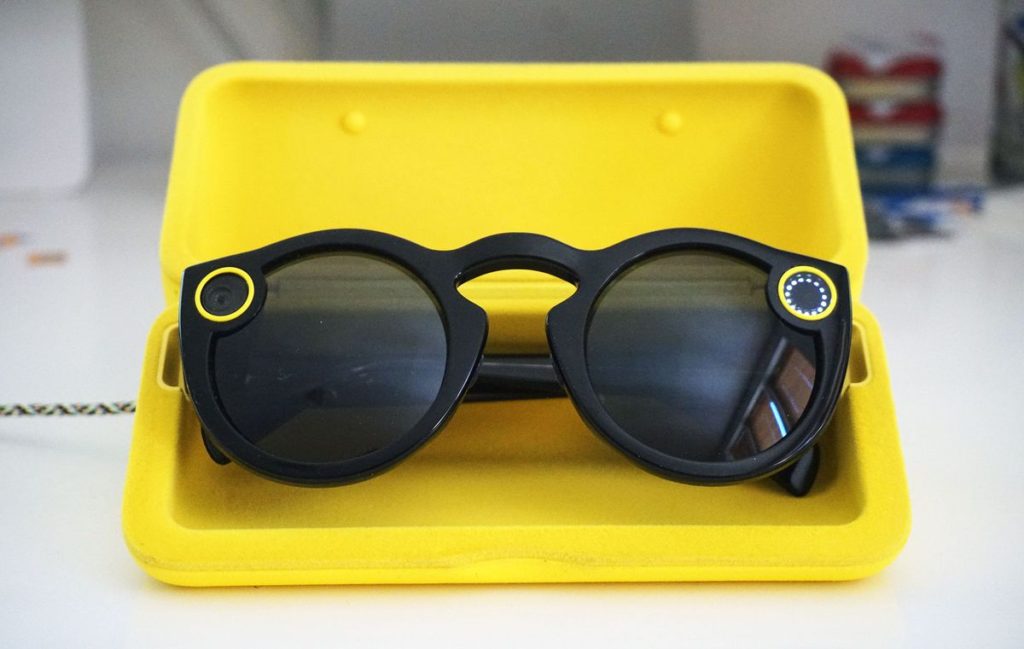 Charging the Spectacles is very much like charging a smartwatch. You fold them up and connect the magnetic contacts on the left hinge with the ones on the included protective charging case. You can also charge up the glasses with the included magnetic-contact-to-USB cable; this cable is also used to charge up the case. 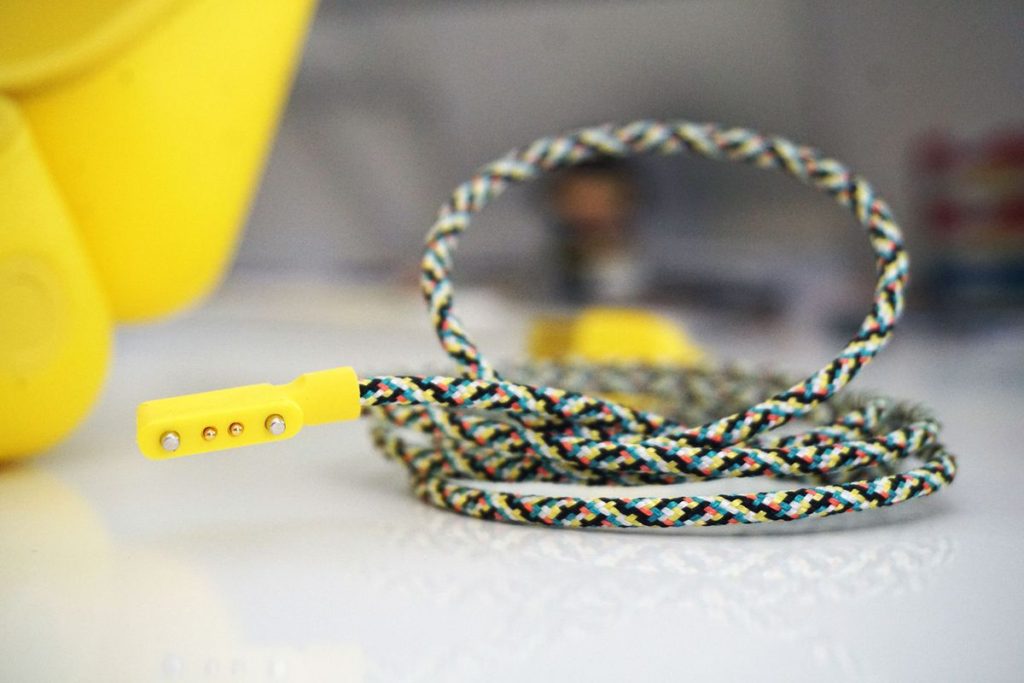 There’s no hiding the fact that the Spectacles are not normal sunglasses. In the upper corner of the right lens (for the wearer), there’s a camera of unspecified resolution that records “circular videos” with a 115-degree field of view. On the other lens, in the opposite corner, is ring of tiny LEDs that lights up and spins when you press the record button located just above and behind it, on the top of the frame. The LEDs also show you how much battery is left when you tap on the sides of the Spectacles. 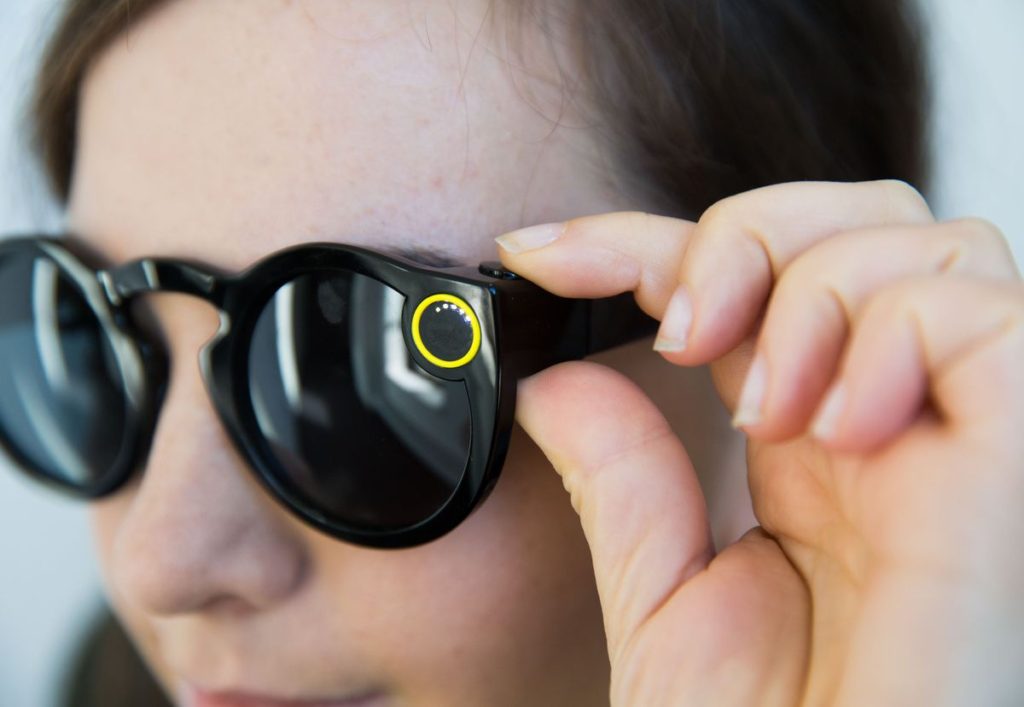 Setup is a breeze. To pair Spectacles to Snapchat via Bluetooth, just don the glasses, open up your username Snapcode, look at your phone, press the record button and within a minute they should be connected. If you encounter pairing problems like one of my colleagues did, make sure to hold the phone really close to the Spectacles when you try again.

By default, Spectacles record 10 seconds of video, but you can extend that to 20 or 30 seconds by pressing the button again; these extended videos, however, will be broken up into 10-second clips when they’re been imported into Snapchat. You can also stop recording by pressing and holding the record button. A tiny LED light inside of the left hinge flashes when the 10 seconds are almost up so you can decide if you want to extend the recording or not.

If you follow me on Snapchat, you’ll know that I’m a big fan of Stories. I love seeing people use their phone cameras in creative ways to tell stories. It always amuses me how creative Snapchatters are with framing, whether it’s by emphasizing something by zooming in on it until it can’t zoom any further, or teasing something by starting on one thing and pointing to another, or experimenting with different kinds of angles.

All of this might not be your thing, since it’s a little old-school MTV and breaks all the rules of traditional filmmaking, but it’s whimsical and what makes seeing Snapchat Stories feel so raw and electrifying.

However, with Spectacles, you have to toss all of that out. The 115-degree videos that Spectacles record are meant to mimic what you actually see. It’s very much like strapping a GoPro to your head and just letting it record from a first-person perspective.

The point is not to think about what your shot will look like and to just live and be in the moment.

As a creator used to deliberately packaging content, it was challenging at first for me to not think about the shot I was getting (or not getting). It reminded me of when I first started using Snapchat and wasn’t used to the idea of making its flavor of ephemeral, creative content.

But once I stopped planning out what to record and just learned to spontaneously press the record button when I wanted to save a moment and then move on, then — and only then — was I able to appreciate how Spectacles liberated me from all the time I would have been spent on production.

When you think about about how key spontaneity is to Spectacles, none of the technical stuff like video quality (it records in SD by default, but you can also import in HD) or low-light performance (they’re sunglasses so you probably won’t use them much indoors) or video stabilization (footage can look really shaky sometimes) really matters.

Spectacles make capturing moments frictionless. Instead of spending time capturing reality through a glass screen, you can just enjoy reality. You know, like you’re supposed to.

What Spectacles aren’t for is recording yourself. In other words: no selfies (or video selfies, specifically). Sure, you can always take the Spectacles off (defeats the whole point) and point the camera at yourself, but when they’re on your face, they can’t record inwards.

It’s not a deal breaker for me since my Snapchat Story tends to be a good mix of both vlogging-style Snaps and first-person. But if you’re mostly about the selfie life, Spectacles aren’t for you.

That friction-free experience extends to importing videos and sharing them in Snapchat. Videos are automatically transferred to the “Specs” section within the “Memories” section in Snapchat. From there, you can select the Spectacle videos you want, edit them (add text, doodles, emoji) and then share to specific friends or post on your Story.

The software side of things isn’t perfect — importing is slow (importing HD-quality videos is even slower and requires Wi-Fi) and doesn’t work when the Spectacles are charging, and swiping through all of your Specs videos horizontally is a pain the ass — but the ability to rotate your phone between portrait and landscape mode on videos shot with Spectacles makes it all worth it.

I initially felt constantly rotating your phone to see a Spectacles video would get old, but I’ve since changed my mind.

Spectacle videos bridge vertical and horizontal videos harmoniously, providing the best of both close (vertical) and wide (horizontal) views. One excellent example was when my colleague Colin Daileda took the Spectacles to a Trump protest last week. When I viewed his Spectacles video vertically, I could see the a Trump sign clearer, but when I turned my phone sideways, I could really see the vastness of the scene. 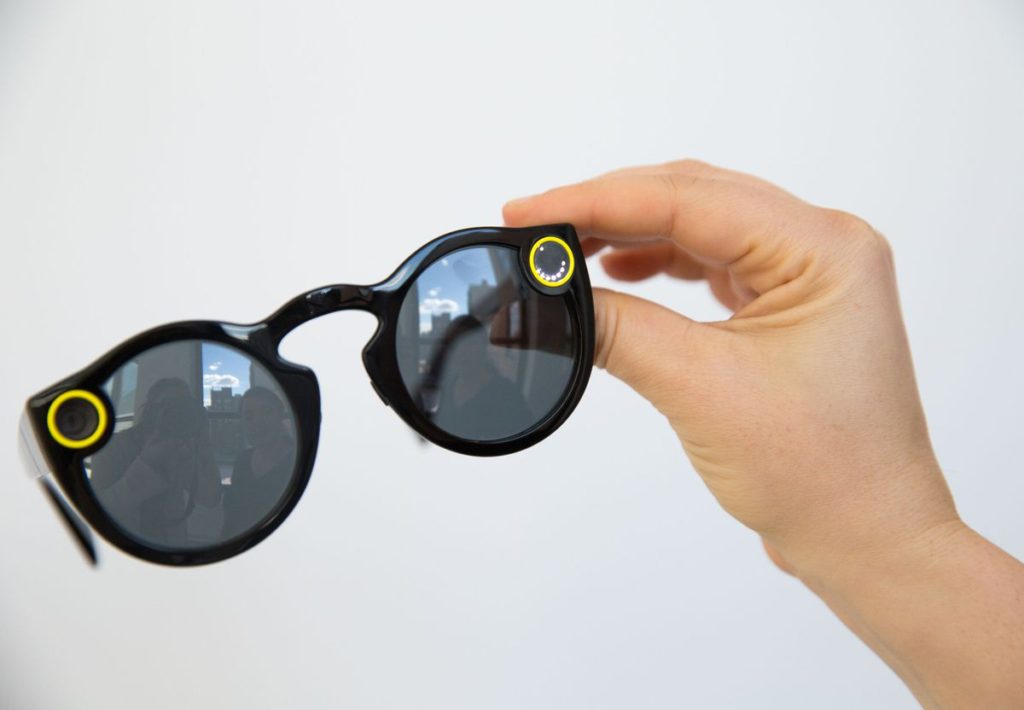 Kudos to Snapchat co-founder and CEO Evan Spiegel and his product team on crafting a chic, trendy pair of camera glasses that look and feel great on the face. For a first shot, Spectacles gets a lot right.

Battery life could be better — Spectacles are only good four about 100 video Snaps, which I easily burned through in an hour — and they drain your phone’s battery even faster (everyone knows Snapchat is a battery hog). So you’ll definitely want to hold onto the case, which holds four charges (about 400 Snaps) and a battery pack to charge up your phone if you plan to use them all day.

And despite the slow importing, I’m impressed by what they already do and what people are creating with them. Coupled with my Apple Watch, I spent less time using my phone and more looking at what’s in front of me. It’s a weird thing when the purpose of a gadget is to disengage from another gadget, but it works… if you commit to it.

The group that stands to really be wowed by Spectacles are older people, specifically non-teens. I can see Spectacles appealing to anyone who thinks Snapchat is too difficult and confusing to use but still wants to be on the platform and part of the conversation.

Moms and dads especially might really take a liking to Spectacles since they’ll be able to capture their kids hands-free. For instance, imagine a parent with Spectacles on, teaching their kid how to ride a bike, recording it all, and never letting go of the bike as their kid balances.

Sure, you could buy a GoPro, strap it to your head, and get the same result. But who wants to pay hundreds more and then jump through hoops to edit and share the video online when Spectacles are cheaper, sleeker and lighter — plus they connect directly to a huge and engaged social platform? My guess is not many, and so Spectacles will be a big hit once they’re more widely available for people to buy.

Snap considers Spectacles a toy now, but if they’re even just a little bit successful, don’t think for a second this is Snapchat’s last flirtation with hardware.

Snapchat Spectacles succeed precisely because they’re a simple pair of camera-equipped sunglasses — not a computer on your face.