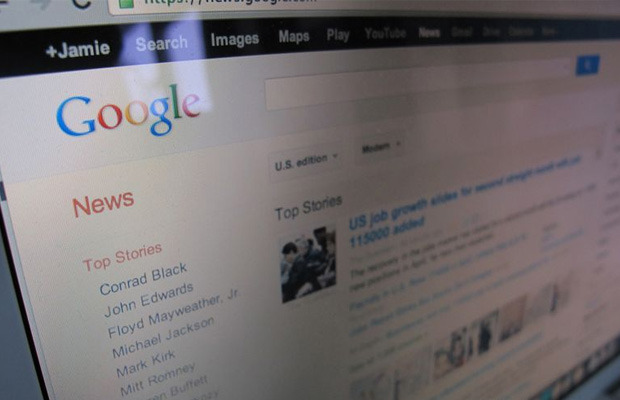 External traffic to Spanish news websites has fallen by 10 to 15 percent after Google removed the country’s publishers from its free news index. The internet giant says it was forced to drop the sites from Google News after legislation was passed allowing newspapers to charge if “even the smallest snippet from their publications” appeared on the free aggregator.

Data collected by web-analytics firm Chartbeat and first reported by Gigaom shows that external traffic to around 50 different sites fell sharply on Tuesday the 16th (the date Google made its changes) compared to a week previously. However, overall traffic was less obviously affected, with Chartbeat suggesting that more readers were following links between publications rather than relying on external sources.

“What we have here is correlation and not causation,” said Chartbeat chief data scientist Josh Schwartz in an email to The Wall Street Journal. “We’ll have a better read on whether there’s a consistent trend with a few more days to check things out.” 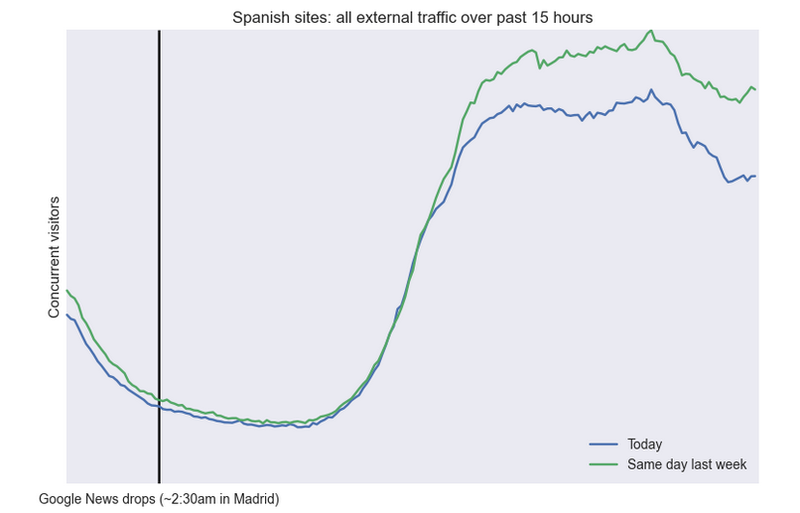 Google and publishers across Europe will be watching the outcome of this experiment with interest. It’s the latest skirmish in a running battle between the American company (which dominates European search with an 86 percent market share) and publishers who say that their content is being unfairly exploited.

Google’s response is that it makes no money from Google News and that in fact the aggregator is a boon for news sites, driving vast amounts of traffic to them everyday. The company might also argue that its case has already been proved in Germany, where legislation made Google News an opt-in service. After two weeks ignoring the aggregator, the country’s largest news publisher Axel Springer returned to the fold, citing a 40 percent drop in traffic from web search the reason. Will Spain fare any better? Neither Google nor the Spanish papers know for sure.